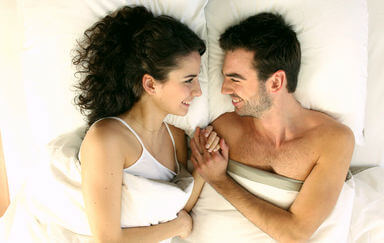 You probably already realize that when your sex life is good you feel happier and perhaps even have more energy to get through the day, but did you know that studies have proven numerous benefits to your health and well-being?

In fact, instead of spending your hard earned money on “miracle” beauty potions, you might want to thinking about ways to improve your sex life. One recent study  out of Great Britain found that having more sex can even lead to a higher income.

Warwick economics professor Andrew Oswald notes, “Being sexually active is a proxy for good health, and that itself is correlated with having higher energy for everything, including work.” Study researchers consider regular sex to be more than four times a week.

Just a few of the other benefits in addition to the potential for making money include:

As sex increases the blood circulation, it helps pump more oxygen to the skin which results in a brighter complexion that even continues following that well-known after-sex glow. Regular sexual activity offers prolonged positive effects on the skin that can make us look younger, including boosting natural collagen production which can fight age spots as well as sagging.

More sex also equals a stronger immune system. It’s been linked to increased levels of the antibody immunoglobulin which helps to protect against colds and other infections. A study  out of Wilkes University found a 30 percent increase in immunoglobulin in people that had sex even just once or twice per week compared to those who didn’t.

You may have noticed that you sleep better after having sex. Research has found that the oxytocin released during orgasm helps induce sleep. A better night’s rest offers many benefits, including aiding weight loss efforts, reducing stress and improving overall health.

Boosting the mood and decreasing risk of depression

The oxytocin along with a “cocktail” of endorphins, which are the body’s natural mood-lifting opiates, released through sex not only help to induce calm and sleep, they can aid in staving off depression. These hormones are a natural mood booster.

Serotonin is one of the “happy hormones” that are released, which is the body’s key antidepressant chemical. This is one of the reasons people tend to smile and feel happy and relaxed after sex.
Increasing longevity

Regular sex can even help you to enjoy a longer life. A Welsh study followed 1,000 middle aged men over the course of a decade. It compared men of similar age and health and found that those who reported the highest frequency of orgasm lived significantly longer than those who did not. 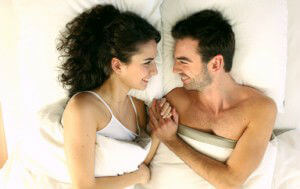 Of course this makes sense as sex has also been shown to lower blood pressure, improve cholesterol levels and support heart health. As the heartbeat rises from 70 to 150 beats per minute during sex, it’s even considered a form of physical activity. People who enjoy a regular sex life are half as likely to suffer a heart attack or stroke as compared to those who don’t.

Keep in mind that those who take care of their bodies through good nutrition and regular physical activity are more likely to enjoy better, and more frequent sex. This gives you one more great reason to make improvements to your diet and exercise habits!