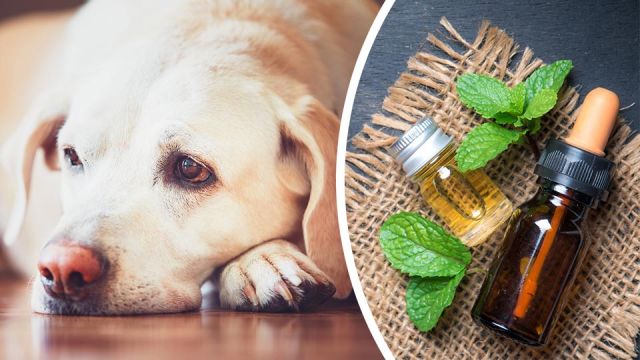 There is a growing recognition that animals experience a wide range of emotions. In the past, some humans have tended to discount the possibility that their pets could suffer from depression, anxiety and other mood disorders. But the evidence is now pretty overwhelming that mammals share the same basic brain wiring for emotions that humans do.

Why animals can experience anxiety and depression too

This has led neuroscientists like Olivier Berton, at the University of Pennsylvania, to investigate how many non-human species exhibit symptoms we associate with depression, such a loss of interest in the environment, lower levels of social interaction and disruptions in motivation and sleep patterns.

As Berton explains, animals can’t communicate their feelings verbally, but their behaviors can tell us a great deal. Undoubtedly, a lot of pet owners would agree that the non-verbal cues their cats and dogs provide offer a window into their inner states.

It is also clear that many pets experience the same stresses and counterproductive habits that people do. For example, as any dog owner will tell you, separation anxiety is a very common condition among pooches and it frequently manifests as excessive scratching, inappropriate chewing and house wetting.

To deal with these symptoms, many veterinarians now prescribe the same antidepressant and antianxiety medications that people take. Some pet owners swear by the doggie “Prozac” their pooches take, but others are concerned by the fact that these drugs may entail serious side-effects. Thankfully, there are some all-natural remedies that can help lessen anxiety and depression in your dog or cat. Let’s look at five of them.

Cats like to get a good buzz on. As it happens, Nepeta cataria plants (which are part of the mint family) contain volatile oils, which make cats very frisky and playful. As you can see for yourself in this entertaining and educational video, cats really dig this all-natural herb, which you can purchase at most pet stores and at many supermarkets.

By the way, watching cats chase imaginary mice (as they sometimes do under the influence) will boost your mood too. Best of all, according to veterinarian Ramona Turner, the catnip plant is entirely safe and non-addictive for your cats.

Dog owners take heart, catnip appears to have a slightly sedative effect on canines. Simply sprinkle a small amount on your dog’s food for a mildly tranquilizing effect.

Oats are not just nutritious, but they also appear to have a calming effect on both dogs and cats. You can add a modest amount of cooked oats directly to your dog’s meal. For cats, you are better off growing “cat grass,” which involves planting organic oat seeds in a pot exposed to lots of sun. Water occasionally and, in a few weeks, you should have shoots long enough for your cats to nibble on. By the way, here’s a fun video that will show you all you need to know about growing your own “cat grass.”

This is widely regarded as a universal remedy for many dog ailments. Simply add lemon balm to your dog’s food for a calming effect that will lessen separation anxiety. The herb also produces many digestive benefits and can noticeably help reduce flatulence, irritability and sleep disorders.

This tea has been used by people for centuries to relax and induce sleep. It turns out that this plant has a sedative effect on both cats and dogs. To calm your dog, simply dip their toy or treat in chamomile tea before giving it to them.

Chamomile tea is safe for cats too, but only in very small doses. A half teaspoon at most, added to their food or water, is more than enough for the average size cat. One caveat, you should always discuss herbal remedies and supplements (along with dosage) with your vet beforehand.

Veterinarians, musicologists and scientists agree, there’s something about harp music that seems to soothe the savage beast in all of us. Alianna Boone, a harpist, decided to test this idea scientifically. She took her instrument to a Florida vet clinic filled with distressed canines.

After one hour of playing her harp, Boone and her team observed that heart rates, respiration and other measures of anxiety in the pooches went down. Music can indeed be medicine for cats and dogs, but they appear to be very partial to harp music! Rock, disco and rap, on the other hand, may have them climbing the walls (literally).