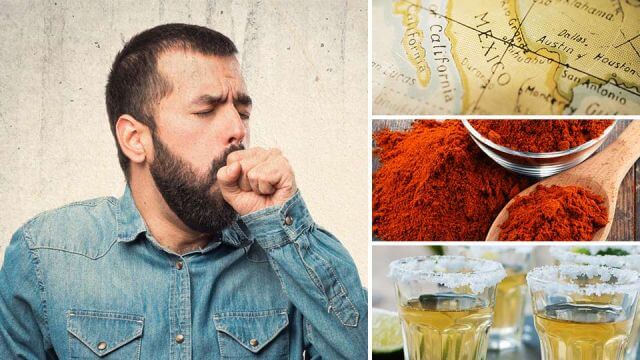 Living in Mexico, I’m always inundated with suggestions for cures whenever I get sick. So, struggling with a bit of a cold, I decided it might be time to put a few of these traditional cures to the test.

Before getting into things, I want to emphasize that I’m not recommending any of these treatments as cures of anything. I’m about as far from a medical professional as you can get, and the experiences I list here are completely anecdotal. I’m using my body as a guinea pig for your entertainment, and nothing more. Moreover, while most of these folk cures are generally pretty harmless, some — like damiana — can have some nasty side effects. So if you’re sick, please see a doctor.

Let’s start with something we’ve all probably used at some point. Aloe vera has been used by cultures from across the world for centuries, but is especially popular in Mexico. Despite a lack of scientific consensus on the plant’s medicinal properties, aloe vera is widely used for everything from burns to dry skin. Some people also claim it can help with acne, hemorrhoids, hair loss, frostbite and pretty much any other condition affecting the skin. Some of the more extraordinary of these claims are scientifically dubious, though at the very least aloe vera feels nice. Steer clear of non-decolorized aloe vera leaf extract, which is a possible carcinogen.

My experience: Who doesn’t love aloe vera? It seems a bit useless for my cold, but always feels amazing on sunburn. Anecdotally, I feel as though the burn also heals faster, though it’s possible the soothing gooey goodness just makes me forget about it faster. Either way, it works for me.

Also known as annatto, achiote is a common ingredient in southern Mexican cooking, and is often used in traditional medicine from across Latin America. The leaves can be boiled to make a gargle that’s supposed to help relieve a sore throat. The heated leaves themselves can be applied to the skin to alleviate fever. Advocates also say the seeds can be ground and used in baths to ease symptoms of measles and sores.

My experience: Hot water on a sore throat always feels good, through the wet leaves just made a mess of my pillow.

These three items are common in any Mexican household, and are often mixed together for a health tea. The tea apparently helps ease cramps and nausea. It’s also commonly used for minor illnesses like the flu, making it something like the Mexican equivalent of a hot cup of honey tea.

My experience: Again, hot water + sore throat = sweet, sweet relief. Plus, it tastes amazing. I love this one.

Yup, alcohol is here. Any Mexican grandpa will tell you a shot of tequila is the perfect thing for a sore throat or cold. It might make you feel better, but there’s some evidence to suggest alcohol can actually make it harder to recover from a cold. But hey, whatever floats your boat.

My experience: I think I just traded a sore throat for a headache.

No, we’re not talking about the Texas Revolution. Known in the U.S. as switchgrass, alamo is a common sight across much of North America. Indigenous peoples have long used the leaves to make a poultice. Simply grind up the leaves, mix them with oil and apply to the skin to alleviate headache pain and other symptoms like those of the common cold.

My experience: It felt surprisingly nice, and my headache seemed to ease a little. I’m not sure if that’s an endorsement, though this unusual mix certainly didn’t seem to do any harm.

The “good herb” is actually a loose term used to describe a handful of aromatics including the common mint, clinopodium, satureja and micromeria. Advocates say it can be used to ease symptoms of the common cold, allergies, headaches, toothaches and nausea — just to name a few.

My experience: The smell of yerba buena is so relaxing, it’s intoxicating. Personally, I love it in tea with some honey and cinnamon. Maybe it’s just the tequila talking here, but I’m definitely getting somewhere now.

Found throughout Mexico and the southern U.S. states, this stuff is a common sight in Mexican herbal remedy stores. Indigenous peoples of both countries have used estafiate for generations to treat colds, headaches and intestinal pain. It can either be burnt as incense or boiled to make tea. There’s also some evidence it can relieve the symptoms of diarrhea and have anti-fungal properties.

My experience: The least appetizing tea so far, the taste isn’t unpleasant, but it’s not great either. It could do with a dash of tequila.

This simple-looking flower is another age-old remedy for colds and body aches. It’s best known for being used as an aphrodisiac, though advocates also say it may help with depression, nervousness and weight loss. Some people say it can also cause hallucinations.

My experience: all of the above sounded great to me, but damiana mostly failed to deliver. I did feel a little more lively afterwards, but that’s about it. It’s worth noting damiana can be dangerous in high doses, inducing rabies-like symptoms. It’s not recommended for pregnant women, diabetics and anyone with liver problems.

A hallucinogen that’s banned by the U.S. federal government but legal in some states, salvia has long been used by the Mazatec people of southern Mexico as an anti-inflammatory and treatment for arthritis. However, salvia’s most ambitious claim to fame is its supposed potential to treat addictions, ranging from alcohol to cocaine.

While the drug has long been used by the Mazatec to treat addiction, only over the last decade or so have Western researchers started to take the drug seriously. Users also report elevated moods after using salvia, while critics say it might have a negative impact on memory and learning. Either way, the drug’s immediate effects are short lived but intense, usually inducing wild hallucinations for a few minutes, before wearing off and leaving the user feeling extremely mellow.

My experience: Can’t say I’ve tried it yet, but would be very interested to hear from anyone who has.

Have you got any good home remedies? Let us know in the comments below.