When we think of castor oil, we imagine an old world remedy, force-fed to children, once upon a time by well-intentioned parents… yuck! While there are health benefits — and some nasty side effects — who knew there were even more practical uses for this foul-tasting mouthful?

1. Soak flannel in castor oil and then place it on the affected joint.

2. Cover the flannel with plastic wrap to protect clothing and upholstery from oil stains.

3. Apply a heating pad over the pack to warm the oil and the joint.

4. Leave the pack on for one hour and repeat as necessary.

5. Use warm water and soap to remove the oil from your skin. 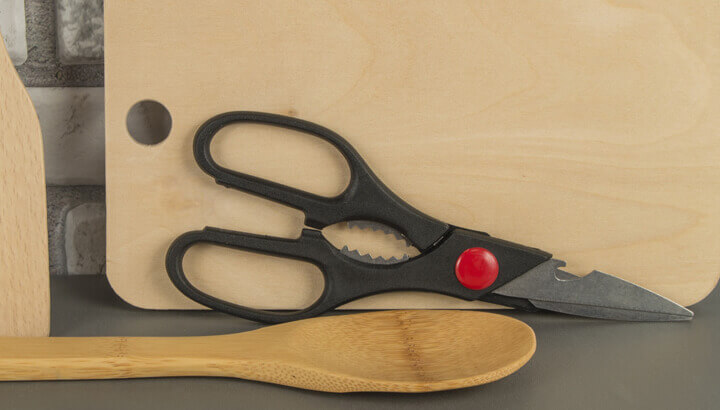 Since castor oil can be ingested, it acts as a great lubricant for household scissors that are used in the kitchen around food. Simply rub a small amount on your scissors or any other utensils that require lubricating, like kitchen tongs, and allow it to sit for about 15 minutes. Finish by wiping scissors with a clean paper towel or clean cloth.

Repel moles from your yard

Castor oil won’t harm or kill animal pests, but it will nudge them away from your yard, suggests Gardening Know How. Mix two parts castor oil and one part dish soap until foamy. Use two tablespoons of this concentrated solution per one gallon of water, and apply evenly to the affected areas. Treating areas in your yard with castor oil weekly will stop the garden from being dug up or mole hills from forming, without any danger to your pets, children or the environment.

Excessive heat and chemicals can lead to split ends, dry scalp, and yes, even hair loss. Castor oil’s natural antibacterial and antifungal properties, plus Vitamin E, minerals, proteins, omega-6 and beneficial fatty acids can help repair damaged hair and promote hair growth. But, the fact that castor oil is so thick and sticky to the touch may turn people off to its hair benefits. Castor oil is 80 to 90 percent rich in ricinoleic acid, which makes it ideal for hair and skin. For best results, add equal amounts olive or coconut oil to the castor oil. The addition of carrier oil makes it easier to rinse from hair.

1. Warm the castor oil by placing it in a bowl along with the olive oil or coconut oil, and then place the bowl in a warm water bath to heat gently.

2. Massage oil into your scalp, working down to the strands.

3. Cover your hair with a shower cap or towel for at least one hour.

4. Wash your hair with shampoo. Lather twice or three times if necessary.

Add a little pep to your ferns 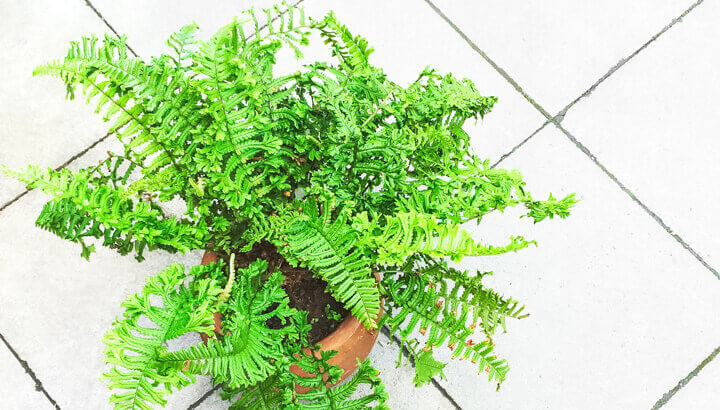 If your household ferns are less than perky, combine one tablespoon of castor oil, one tablespoon of baby shampoo and four cups of warm water. Drizzle three tablespoons into the dirt around the fern, and then follow with a regular watering. Your ferns will perk up in no time.

Remove your corns and calluses

Rather than filing corns and calluses, soak and moisturize them with castor oil until they grow soft suggests Best Health. Use castor oil to soften the corn with a corn pad protector. Use a non-medicated, doughnut-shaped pad sold at most drugstores. Place a pad around the corn and dab a few drops of castor oil onto the corn with a cotton swab. Follow up with a Band-Aid to hold it in place. Since the castor oil may leak out through the bandage (causing stains), wear some old socks during the process.

If you’re unfortunate enough to have ringworm then you’ll be happy know there are no worms involved, and you can rid yourself of this fungus with castor oil. Ringworm, also known as tinea, is a fungal infection that develops on the top layer of the skin. It appears with a red circular rash and clear skin in the middle according to the Mayo Clinic. Ringworm usually spreads via skin-to-skin contact with an infected person or animal. Gently massage castor oil on the affected areas of the skin. If the ringworm has spread to the scalp area, then also apply the castor oil over the scalp and the hair.

Who would have thought of castor oil for hemorrhoids? Well, apparently, it works well to alleviate pain, itching and even shrink hemorrhoids on the outside of the body. Hemorrhoids affect both men and women and are the result of inflamed, swollen veins in the rectum and anus that may form either internally or externally. Soak a cotton ball in castor oil and then apply it to your hemorrhoids. Leave the cotton ball on the hemorrhoids for about 15 minutes or so, as many times per day as needed.

Skin tags are not harmful, just unsightly and a nuisance. To remove skin tags naturally, mix castor oil with enough baking soda to make a thick paste. Before heading to bed, apply a layer of castor oil paste to the skin tag, making sure to pay special attention to the stalk, suggests Skin Tags Gone. The stalk is where the tag meets the skin, and if you don’t kill the base of the tag, it will just grow back. Apply a Band-Aid over the tag to keep the paste from rubbing off. In the morning, rinse off the castor oil paste with lukewarm water and repeat the application until the tag falls off naturally. Never try to pull or cut a skin tag off. You may cause a lot of bleeding and infection. 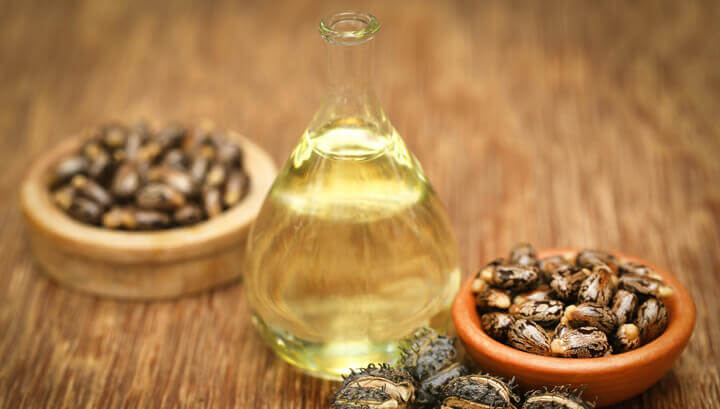 There are many different types of castor oil including black castor oil, hydrogenated castor oil and castor oil granules. The problem is some manufacturers use excessive heat, chemicals and solvent to extract the castor oil from the castor beans. While this method of extraction may be faster and cheaper, the castor oil produced is generally inferior in quality.

For the best results medicinally and around your home, choose an organic, cold-pressed castor oil, which naturally retains a higher concentration of nutrients due to the extraction process. You’ll achieve greater results no matter where you use it!