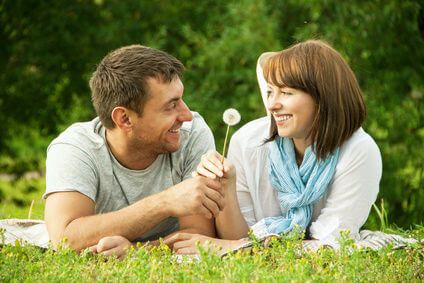 Ashwagandha, otherwise known as Winter Cherry or Indian Ginseng, is one of the most revered herbs in Ayurveda, the millennia-old practice of Indian medicine. Used for centuries to treat a number of ailments, few of us today realize the benefits of this extremely potent herb. Check out these four ways ashwagandha can benefit your health.

While this much-revered herb has been utilized by the people of India to treat everything from coughs to cancer, it is perhaps most well-known for its effect on sexual health. It is often utilized in natural “sex tonics” due to its aphrodisiac properties and both men and women take advantage of its powers.

In Ayurveda, ashwagandha is thought to restore the inner vigor that results in improved sexual health and performance. While scientific tests have yet to determine just which of the herb’s multiple vigor-inducing compounds are responsible, the satisfied people of India are quick to testify to its revitalizing qualities.

There’s no doubt that everybody experiences stress. Whether it’s mental, physical or a product of environmental factors such as pollution or the toxins found everywhere from the air we breathe to the food we eat, stress can hit the immune system hard. But ashwagandha may be your best bet for an immunity boost.

In one study ashwagandha, otherwise known as withania somnifera, scientists found that the herb significantly reduced the effects of stress in the bodies of rats after performing a cold-water swimming test. Furthermore, scientists have found the herb to be as effective an anti-depressant treatment as certain common medications for treating anxiety, a major cause of immune system malfunction.

Ashwagandha is a natural anti-inflammatory containing plant sterols which can help reduce the pain and swelling associated with arthritis. Furthermore, when combined with certain other anti-inflammatory herbs, ashwagandha’s ability to counter joint pain is more effective than that of prescription medications. Scientists found that a combination of ashwagandha, boswellia and turmeric proved more successful in easing the pain associated with osteoarthritis than that of the commonly prescribed medication, Bextra.

Oxidative stress wreaks havoc on the body and can lead to a number of degenerative diseases. Scientists believe ashwagandha’s combination of steroidal alkaloids and steroidal lactones may be responsible for protecting the body against the damage of disease-causing free radicals.

One study found that the herb may be beneficial in treating Parkinson’s disease due to its potent anti-oxidant capabilities, while another study found ashwagandha successfully fights the oxidative stress responsible for dementia and Alzheimer’s disease. Currently, there are no cures for either Parkinson’s or Alzheimer’s diseases yet these studies show that the herb may hold promise as a treatment method.