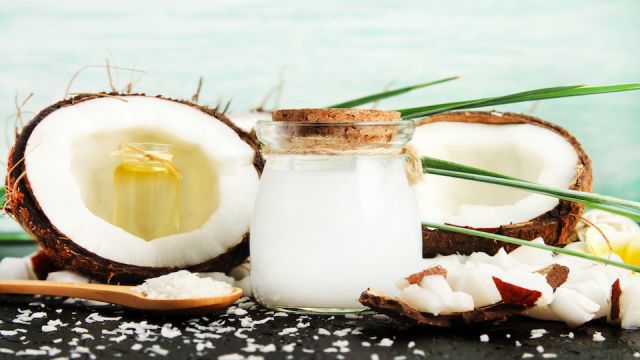 High blood pressure is often dubbed the “silent killer.” It affects 1 in 3 Americans, and according to the CDC (Centers for Disease Control and Prevention) “About 11 million U.S. adults with high blood pressure aren’t even aware they have it and are not receiving treatment to control their blood pressure.” High blood pressure is an important indicator that something is wrong in your body and ignoring symptoms over an extended period could lead to severe complications such as stroke and other neurological disorders.

So what can you do?

Even if you are not considered hypertensive, you could still be in danger of developing high blood pressure. According to the American Heart Association, as many as 59 million Americans have prehypertension. Being aware of the possibility of developing hypertension and making lifestyle changes early on is an essential part of preventing high blood pressure.

Coconut oil has taken the world by storm over the past few years, with knowledge of this tropical treasure finally making its way into scientific studies and health publications. It is touted for its abilities to decrease inflammation, act as an antibacterial and antifungal agent, all while being a healthy cooking oil and all-around beauty product. But did you know it may help lower blood pressure?

In a 2015 study published in Applied Physiology, Nutrition, and Metabolism, researchers working at Biotechnology Center at the Federal University of Paraiba in Brazil discovered that this healthy oil combined with exercise training might be a potent means of reducing blood pressure.

Researchers performed tests on spontaneously hypertensive rats, testing the hypothesis that daily doses of coconut oil along with regular exercise would restore baroreflex sensitivity and reduce oxidative stress, thereby reducing blood pressure. Rats exposed to these methods experienced a noted reduction in weight compared to the control group that was given saline and not on the exercise regimen.

Dr. Valdir de Andrade Braga, co-author of the study, spoke regarding the favorable results, “This is an important finding as coconut oil is currently being considered a popular “superfood” and it is being consumed by athletes and the general population who seek a healthy life style.”The possibility of using coconut oil as an adjuvant to treat hypertension adds to the long list of benefits associated with its consumption. Our next step is to start some clinical trials in order to verify whether we can reproduce those findings in hypertensive human patients.”

Coconut oil and exercise are only two ways to manage prehypertension without medication. Implement these simple changes in your lifestyle to lower blood pressure and regain a healthy body.

Move, move, move! Taking the time to exercise can affect your health in major ways. Simply walking for 30 minutes per day gets your blood flowing and helps encourage your metabolism. If you want to mix it up a little, try different cardio activities such as swimming, dancing, or cycling. Regular exercise is one of the most simple ways that you can reduce your risk of developing hypertension.

Determine stress triggers in your life and eliminate those if possible. It is important to meditate on the things that bring you joy and avoid overcommitting. Be sure to take time for yourself to perform stress relieving activities and process the events of the day to avoid becoming overwhelmed.