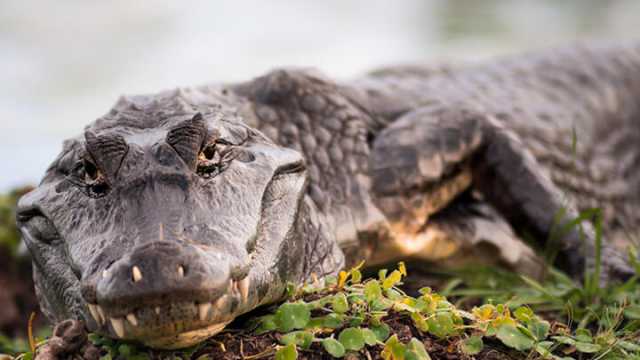 We are constantly learning new information about animals. In fact, we still discover hundreds of new species a year! And the more we learn about the animal kingdom, the more we discover facts that truly blow our minds. Here are 10 animal facts that do just that.

Some animals may be immortal

You know how most animals get older as time goes on? Turns out that isn’t true 100 percent of the time. Several species demonstrate what researchers refer to as “negligible senescence,” meaning there is little, if any, evidence they age.

For instance, crocodiles are just as likely to die at 10 years old as they are at 100. Their cells don’t degenerate with age like ours do. Crocodiles never stop growing either, so they require more food as they get older.

Turritopsis dohrnii is perhaps the best-known animal with negligible senescence. This species of jellyfish, often referred to as “the immortal jellyfish,” has the ability to revert back to a prepubescent state after reaching sexual maturity. Basically, this jellyfish can reverse its age, making it biologically immortal. Most of these jellyfish will die due to disease or predators, instead of aging.

Humans aren’t the only species who require material possessions to establish a mate. What humans do with rings, penguins do with pebbles. When choosing a mate, a male penguin will present a pebble to her that could be used in a nest for their offspring. When you consider that penguins are already wearing tuxedos, it starts to become clear that we copied a lot of our wedding traditions from them. The phrase “penguins propose with pebbles” also alliterates quite nicely.

Planarian flatworm will regrow itself indefinitely

If you cut a planarian flatworm into two pieces, each piece will regenerate into a full individual. Cut it into three pieces and you’ll get three new individuals. Anytime part of the individual is separated, the remaining piece will grow back the part it’s missing.

This does mean that one planarian flatworm could be used as a completely sustainable source of food. Just eat half and wait for the other half to re-grow. Then we’d have to eat worms though, and who wants that?

Only six to seven percent of shark attack victims are female

Studies out of Australia showed that even though men and women both like to swim in the ocean, sharks seem to go after males far more than females. One study showed that out of a 100 shark attack victims, on average only six to seven of them will be female.

No hard science can show why this is, and the sharks themselves aren’t talking. Some speculate that the reason men are more likely to be attacked by a shark is similar to why more men get in car accidents: a propensity for reckless behavior.

While men and women both like to swim in the ocean, guys are far more likely to be engaging in dumb behavior while in there. This can include swimming or surfing in more dangerous locations, long distance swimming and engaging in riskier water sports that could make them prone to shark attacks.

An ant understands its surroundings far better than we do, and possibly even better than our iPhones. A recent study showed that ants understand which direction they are heading, even when they are traveling backward. Scientists believe that ants use tiny magnet-like sensors in their antennae in order to determine where they are in relation to where they want to go via the Earth’s natural magnetic field. So, even if you were to spin an ant around repeatedly in a circle (don’t do that), the ant would still know exactly where it is in relation to where it wants to go.

Chimpanzees are our closest living relative on the planet. As such, they share many of our good, and not-so-good, characteristics. These animals, just like us, can be pretty violent. Also, like us, they occasionally go to war.

From 1974 to 1978, Jane Goodall documented “the Gombe Chimpanzee War” between two rival communities of chimpanzees. The community began to separate into two sub-groups in the early 70s. Eventually, they became divided into northern and southern locations of habitat they previously shared together. The southern group was smaller. Over the course of four years, the northern group succeeded in taking over their territory, killing all the males in the community.

What is a “pizzly bear,” you ask? It is a hybrid polar-grizzly bear that we may be seeing more of in the future. As global sea ice continues to disappear, polar bears are having to travel farther and farther to mate. As such they are ending up in grizzly bear habitat and mating with them.

Last summer in Nunavut, Canada, hunters discovered a pizzly, leading to speculation that more are out there. It is thought that polar bears may eventually go extinct as they begin to mix their DNA with other bear species.

Orangutans were believed to be human

We share 97 percent of our genes with orangutans, which may help to explain why they used to be thought of as rather hairy human beings. Indigenous people of Malaysia and Indonesia used to believe that orangutans were just human beings who preferred to hang out in the forest as opposed to, you know, having to work and stuff. The name “orangutan” is derived from “orang hutan” which literally translates to “person of the forest.”

Sea otters will naturally float, but when sleeping they are at risk of just drifting away. Luckily, these adorable little creatures have developed an easy system to prevent that from happening: they hold hands. Groups of sea otters will all hold hands while eating, sleeping or resting so they all stay together wherever they may drift. A group of otters holding hands is referred to as a “raft.”

If your dog commits a crime, they better make sure to wipe off their nose prints from the scene, otherwise they will be caught for sure. That is because a dog’s nose print is much like our fingerprints, no two sets are identical. A similar phenomenon involves tigers, with no two tigers sharing the exact same set of stripes.

Aren’t animals awesome? We sure think so. Let us know your favorite animal facts in the comments.