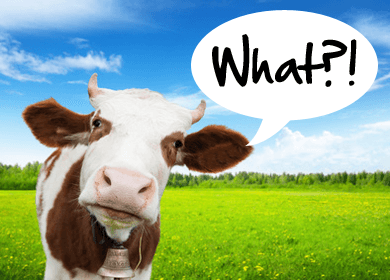 Just last week the FDA admitted that the International Dairy Foods Association and the National Milk Producers have sought permission to include artificial sweeteners in milk and other dairy products, including aspartame, while retaining the ability to label the products as “milk.”

While this sounds like a story made up to discredit the good ‘ol FDA and the dairy industry, this frightening nightmare could soon become a reality. In the petition by the IDFA and NMPF, their argument states that hiding aspartame from consumers by not revealing it on the label will help the consumer.  Their flawed logic even claims that allowing aspartame in milk would make it a healthier product and reduce childhood obesity.

Yet researchers have found that aspartame, already used in diet sodas and many packaged foods, may alter people’s brain chemistry in a way that makes them crave higher-calories foods, making them more prone to obesity and diabetes.

If you aren’t already familiar with some of the other potential negative health effects of aspartame, consider that this toxic ingredient accounts for more than 75 percent of adverse reactions to food additives that have been reported to the FDA. Just a few of the 90 that have been documented include: migraines, dizziness, depression, fatigue, irritability, hearing loss, insomnia, heart palpitations, anxiety attacks, slurred speech, loss of taste, joint pain and memory loss.

History has shown that the powerful dairy lobby is likely to get their way, but if that happens it certainly won’t be the only scary ingredient hidden in a wide variety of foods – even those that are labeled “natural” or marketed in a way that make them appear as a healthy choice to the unwitting consumer.

There are over 3,000 food chemicals that are purposely added to our food and many are disguised under names that are difficult to recognize or hidden completely as they aren’t required to be listed on the label.

You’re probably aware of the scary qualities of this so-called food, the Chicken McNugget. Just two of the frightening ingredients include the anti-foaming agent made of silicone, dimethylpolysiloxane and butylhydroquinone, a fat preservative used to stabilize certain explosive compounds and to make varnishes and lacquers.

McDonald’s salads, marketed as a healthy alternative have been found to contain a chemical not legal to use in cat food, propylene glycol. It’s also used as a killing agent for captured ground beetles.

If you have even a slight bit of concern for your health, you probably know better than to patronize fast food joints; but many aren’t aware that foods labeled natural or healthy may be anything but beneficial to our well-being.

You may think Kellog’s Smart Start Strong Heart Antioxidants is an intelligent way to begin your day, until you realize what’s hidden between the lines. Three of the toxins it contains include:

While adding aspartame to our milk supply seems rather insane, it gives consumers just another important reason to choose organic or switch to a non-dairy alternative like almond milk.

Want to voice your opinion to the FDA? You have until May 21, 2013 to add your comments here.