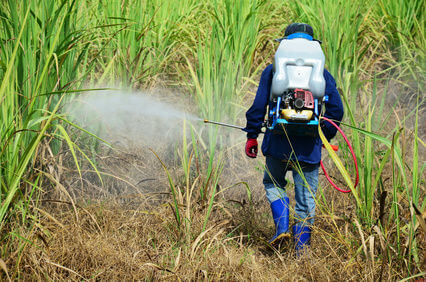 In response to the European Union’s ban on three neonicotinoid pesticides linked to the deaths of millions of bees, chemical corporations Bayer CropScience and Syngenta have filed lawsuits to get the pesticides back into circulation.

Last May, the EU placed a two-year ban on three neonicotinoid pesticides: clothianidin, imidacloprid and thiamethoxam. The ban is to take effect on December 1 of this year.

A spokeswoman for the European Commission stated that the ban was based on a body of scientific data and conclusions by the European Food Safety Authority that these neonicotinoids “could pose a risk to bees in some circumstances.”

Neonicotinoids are used to soak seeds of crops such as soy and corn. The poison then spreads throughout the entire plant, killing insects that happen to take a bite. The mass death of bees, also known as Colony Collapse Disorder, has been noticed all around the world in recent years, and numerous studies have found that neonicotinoids may be at least partially to blame.

A USDA report filed last May showed that bee colonies in the United States have declined by about five million since 1990. Health Canada has reported links between the deaths of bees and neonicotinoids for the second year in a row.

The Canadian Honey Council reports that Canada’s bee population has dropped by about 35 percent in the last three years. There are petitions circulating in Canada calling for the ban of these pesticides, and the National Farmer’s Union of Ontario is seeking a five-year moratorium on neonicotinoids.

Despite worldwide applause for the EU’s groundbreaking ban on select neonicotinoids, Syngenta is opposing the thiamethoxam ban “on the basis of flawed process,” and Bayer’s lawsuit is opposing the ban on all three of the neonicotinoids, stating that the EU’s decision was, “unjustified, disproportionate and goes beyond the existing regulatory framework.”

Both corporations are pouring millions of dollars into an effort to pressure the EU to overturn the ban.

Bees are responsible for pollinating about a third of the world’s crops, and without them, our entire food chain would be turned upside down. Sumofus.org is currently circulating a petition addressed to Bayer and Syngenta urging that they end their lawsuits.

We hope the European ban holds fast, and that other countries follow suit on restricting neonicotinoid use, to protect our world’s precious bee populations from further harm.