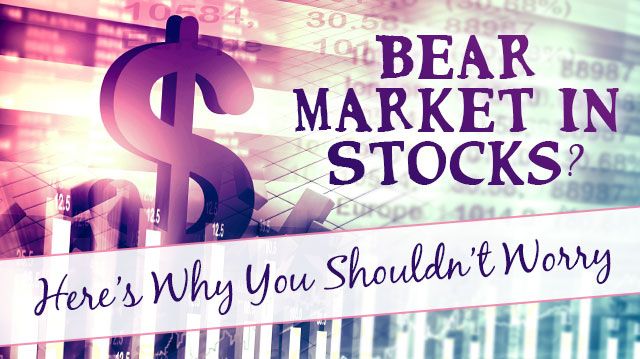 The New Year offers us a fresh start and a burst of optimism, and the stock market typically is no different. Historically, stocks have the tendency to start each year positively. But this January we’ve seen the opposite. Stock markets across the world started off 2016 with a sharp decline. Should you be worried?

On the first day of the year, the Dow Jones Industrial Average dropped more than 450 points. “Monday’s slide almost surely sets the stage for a new round of handwringing about a possible bear market lurking just around the corner,” Paul J. Lim wrote in TIME. A bear market is one in which stock prices fall and selling leads to more selling.

Normally, too, there is a surge in stock prices right before the end of the year. Aptly named the “Santa Claus Rally,” the surge often occurs between Christmas and New Year’s Day. Multiple factors contribute to this phenomenon, such as taxes, optimism on Wall Street, Christmas bonuses — some people use bonuses to invest in their portfolio — and, as Investopedia states, “the pessimists are usually on vacation this week.”

The Santa Claus Rally failed to appear at the end of 2015, leading experts to caution investors about getting too crazy for a while, citing the volatility of the January Effect as a reason for waiting. The January Effect is “the result of tax-loss selling which causes investors to sell their losing positions at the end of December,” according to Alton Hill of the TradingSim day trading blog. Most years this results in an increase in buying come January, to take advantage of lower prices from the selling. Stocks soon rise again.

“We expect the next five percent-plus S&P price to be up and soon,” wrote strategist David Bianco of the Deutsche Bank. According to Bianco, dips in the stock market of more than five percent “are common and happen at least once a year.”

Forbes contributor Peter Cohan agrees. “The most popular explanations for January’s stock market plunge make me think that reporters are confusing coincidence with causation,” writes Cohan. “That is, just because two events occur at the same time (e.g. coincidence), it does not mean that one has caused the other (causation).”

Cohan cites the comments of Laurence D. Fink, chairman and CEO of investment firm BlackRock, as one of the coincidental events leading to handwringing among investors. Fink told the New York Times, “Technically we are in a bear market. There is just a broad reassessment of risk right now.” Fink seems a reliable source, but as Cohan states, it’s a mistake to call it a bear market just because Fink said so.

Cohan also cites plunging oil prices and China’s economic slowdown as commonly assumed reasons for a slow start to the year. Yes, the price per barrel has decreased from $100 in mid-2014 to its current price of under $30, but the two events are unrelated, Cohan contends. As he points out, oil was only $35 per barrel at the end of December. A five dollar loss per barrel doesn’t explain a 10 percent loss in the S&P 500, he says. 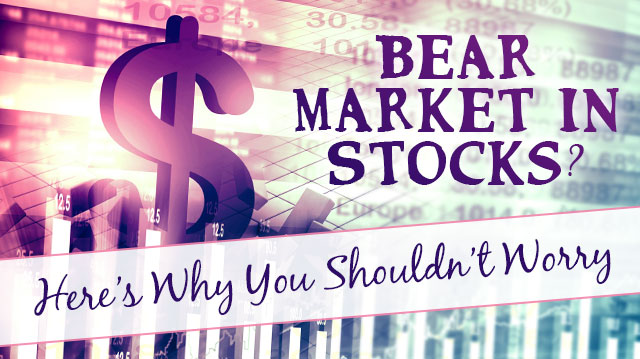 Secondly, while the Shanghai index “has fallen more than 20 percent from its December high,” just seven percent of our exports go to China and our economy isn’t significantly linked to China’s. Finally, economists are confident that the United States economy will grow 2.5 percent through the year. Although economists were predicting a 2.8 percent growth, a slight drop in the economic forecast doesn’t spell doom for the stock market.

They could easily make a new prediction in 30 days, and that guess would be equally unimportant to stock prices day-to-day.

Stocks go up and down in value; it’s the nature of any stock market. This recent dip seems to spell disaster because it’s happening at the same time that China faces real trouble in its own economy and oil prices are down. Yet a dip in the markets doesn’t mean that you should worry. It’s not really much like 2008, after all. Investors are still investing, and we’re not entering another credit crisis. In fact, the recent interest rate increase points to an economy that is actually getting better, not worse.

So why did 2016 start off with a crash? It could be anything: It’s an election year. Maybe people spent more money on vacations and presents over the holidays. Any number of variables could have contributed to a slow start. In all likelihood, we’ll see investors buying back into the market soon, precisely because prices are lower.

What do you expect of your investments in the year ahead?