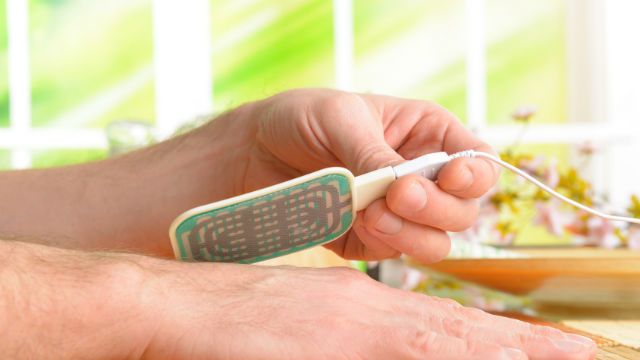 Electromagnetic Pulse Therapy, often referred to as PEMFT or simply PEMF, is a treatment method that uses magnets to create pulsing, moving energy which is said to change the way the body copes with pain.

It is FDA-approved to fuse bones, and has also been cleared in certain devices to reduce swelling and joint pain. The therapy has been used to treat pain and edema in soft tissue for more than six decades now.

Extensive research has firmly established that tissues like blood, muscle, ligaments, bone and cartilage respond to biophysical input, including electrical and electromagnetic fields.

How can it help you?

One of the most common uses of PEMFT is to relieve chronic pain. Chronic pain is said to affect at least 116 million Americans, according to a report by the Institute of Medicine, costing the country an estimated 560 to 635 billion dollars every year in medical bills, lost productivity and missed work.

While the medical community has been slow to accept it into traditional practice, numerous studies have proven its effectiveness for pain relief and many other conditions, with research revealing that the human nervous system is strongly affected by therapeutic PEMFs.

PEMFs can help degenerative disc problems by reducing muscle spasms, relieving pain and reducing inflammation of the nerve being compressed by the disc. In some cases, using PEMFT has eliminated the need for physical therapy, chiropractic treatment and medications.

A 2006 study involving a randomized, double-blind, placebo-controlled clinical trial in patients with chronic lower back pain found that the treatment was able to significantly reduce pain and disability.

A 2009 study found that PEMFT was also effective in the management of osteoarthritis of the knee, reducing pain and returning function to patients.

As PEMF stimulates cellular mitochondria, this often means that treatment can result in a faster reduction of swelling in traumatized tissue, helping to prevent strained or torn muscles and ligaments.

It helps to re-energize damaged cells by inducing electrical changes within the cell to restore it to its healthy state. By increasing the amount of oxygen available to each cell in all tissues of every organ system-wide, enhanced body performance and accelerated recovery time result.

A four-year collaborative study conducted by NASA found that PEMF was able to stimulate growth and repair in animal tissues. It has been found that muscles actually work harder and longer, and recover faster, with the use of magnetic stimulation.

While PEMF alone cannot “cure” cancer, it is thought to enhance existing cancer therapies. One study looked at the use of PEMF for breast cancer in mice. Two weeks after treatment, the growth of treated tumors was said to be inhibited by 79 percent. The results suggested that this therapy may be able to inhibit breast cancer development in humans, as well as to suppress tumor blood vessel growth. 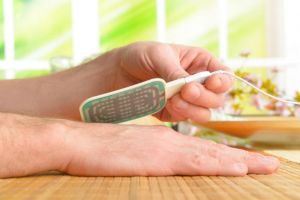 As science has taught us that all energy is electromagnetic in nature and that our bodies and organs radiate their own EMFS, with our trillions of cells communicating via electromagnetic frequencies, PEMF is not as “far out” as you might think.

Disruption of electromagnetic energy in our cells leads to impaired cell metabolism and ultimately, disease – therefore, it makes sense that PEMF can potentially heal a wide range of chronic illness and disease.