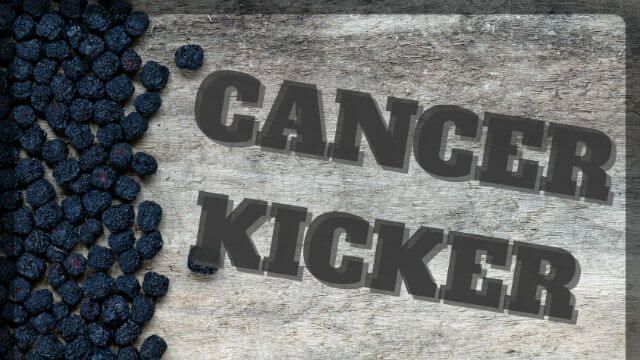 It’s so encouraging when more evidence emerges that the medicine we need to heal can be found in nature, and that many of nature’s medicines have the power to heal in multiple ways! One great example of this idea is the chokeberry, a newly recognized (but actually very ancient) superfood which has been shown to fight both cancer and fat.

Chokeberries, also called aronia berries, are bright red, black, and sometimes dark purple berries that have grown for centuries in eastern North American forests. Native Americans traditionally ate them, and also dried them to use as an ingredient in tea.

Recent studies have shown that chokeberries contain powerful antioxidants. In fact, as of 2012, they possessed the highest known antioxidant capacity among all fruits!

Two of the most intriguing properties of the chokeberry are its ability to fight cancer and fat.

Two studies so far have shown links to chokeberries’ innate ability to fight cancer. A study published in 2012 showed that chokeberry paired with curcumin could kill brain cancer cells. Another demonstrated that when used alongside chemotherapy in pancreatic cancer treatment, chokeberry extract could increase the effectiveness of the treatment.

The chokeberry’s potential to fight cancer is largely attributable to its very strong antioxidant properties, which stem from the berries’ natural phenolic compounds—known to play an important role in cancer prevention. A 2005 Polish study found polymeric proanthocyanins and anthocyanins to be the primary phenolic compound groups in chokeberries.

Polymeric proanthocyanins are also found in super-beverages tea and red wine, while blueberries are known for their high levels of anthocyanins.

In terms of fat loss, a 2010 study of pre-diabetic rats found that rats who drank chokeberry extract-spiked water for six weeks weighed less, had less body fat (specifically in the lower abdominal region), and displayed other health markers that suggest a lower risk of diabetes and cardiovascular disease in humans.

The chokeberry extract even appeared to modify the rats’ genes, lowering an expression of certain genes known to trigger inflammation. Although more studies will have to be done to confirm the same effects in humans, the study’s authors were confident that the study “provides evidence that the chokeberry extract inhibits weight gain in insulin-resistant animals.”

Ready to add this super-food to your diet? Here’s what you need to know:

The berries themselves have higher antioxidant activity than the juice of the berry, so it’s best to choose fresh or dried berries for the most antioxidant power. However, chokeberries are incredibly bitter, so you may want to consider making your own juice, jam, or syrup with them using a natural sweetener like raw honey or unprocessed stevia leaves.

You can also try making tea from the berries by infusing crushed and dried berries in hot water.

Dried and frozen berries can often be found in health food stores, or they can be ordered online. For all of you lucky ones living in the northeast, you might even be able to harvest them yourselves!