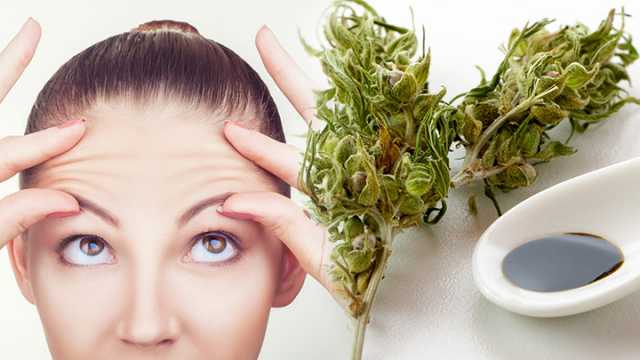 At first blush, it might seem like cannabis and a healthy complexion may have little in common. After all, smoking any plant–be it tobacco or marijuana–produces hydrocarbons, which are known to take their toll on the skin.

Amazingly, however, cannabis topicals–that is, products that contain oils derived from marijuana that are made go on your skin–have shown great promise when it comes to skin care. Indeed, many highly respected scientists believe that cannabis-based products could represent the next generation in dermatology products. Let’s take a look at why compounds in marijuana could be very good for your skin.

The science of cannabinoids is more than skin deep

Your skin is suffused with cannabis receptors. That’s a remarkable fact, which has enormous implications for the health of your epidermis.

The body naturally produces cannabinoids, which are chemical compounds that trigger the endocannabinoid receptors. If your body’s endocannabinoid system is somehow deficient or impaired, then you may experience a mood disorder, immune dysfunction, or other conditions where homeostasis comes into play.

Scientists believe cannabis’ versatility as medicine comes from its ability to compensate for deficiencies in the endocannabinoid system. For example, compounds in marijuana–most notably THC and CBD–have the ability to modulate mood, immune response, and other forms of hormonal signaling.

So, how do the cannabinoids in cannabis promote healthier skin? It turns out that cannabinoids are rich in antimicrobial compounds, antioxidants, and anti-inflammatory agents. As a result, when cannabinoids bind to receptors in your skin they upregulate cellular processes that combat bacteria, counteract inflammation, and scavenge for free radicals (that can damage the DNA in your dermal cells). In other words, cannabis-based topicals work on the molecular level to keep skin youthful and healthy.

Why are cannabinoids so good for our skin?

Why cannabinoids are good for the skin is an interesting topic in itself. Plants have sophisticated defense mechanisms and reproductive strategies. These include the production of compounds that attract pollinating species (like bees) but also toxins to deter predators.

As it turns out, many of these chemicals are good for us. For example, both caffeine and THC are produced by plants to repel insect predators. But people enjoy their mind-altering properties and the health benefits these compounds can produce.

The upshot, THC and other cannabinoid oils help protect marijuana leaves from harmful UV rays, fungi, and disease-carrying pests. But those same cannabis oils can help protect your skin too. You won’t get stoned by applying cannabis topicals, but your friends may be buzzing about the glow in your complexion. Let’s look at five ways cannabis-based topicals can take your skincare to a higher level.

There are many things that can damage your skin. Harsh sunlight, hydrocarbons (in the form of smoking), and environmental pollution can prematurely age your skin. These factors can damage cellular DNA, which means your skin will not be able to replicate and repair itself effectively. In addition, toxins can deplete collagen and other natural fatty oils that keep your skin smooth, healthy, and wrinkle free.

Cannabis topicals, however, are loaded with powerful antioxidants, which help prevent and repair genetic damage at the cellular level. Indeed, studies show that cannabinoids pack more punch when it comes “free radical scavengers” than even vitamins A, C, and E. An addition, cannabinoids are loaded with lipids that help keep your skin smooth and elastic.

Skin health can be undermined by fungi, bacteria, and inflammation. These factors have been implicated in common disorders such as acne, psoriasis, and eczema. THC and CBD, however, are powerful anti-inflammatory agents. Therefore, they can help reduce the pus, swelling, and irritation that attends these conditions.

In addition, cannabinoids are also known for their antimicrobial properties. Therefore, they naturally counteract microbes and bacterial infections that give rise to conditions like acne in the first place.

Both THC and CBD appear to have rather potent antitumor properties. In fact, studies involving mice indicate that cannabis-based compounds can shrink melanomas (skin cancers) in mice. As one study noted:

Cannabis is a natural analgesic. Today, many cannabis-based topicals are blended with menthol. These balms can be applied directly to sore regions on the skin–such as arthritic joints–to provide localized pain relief.

Cannabis-based balms are not for everyone since they tend to reek. However, they are a great way of getting the analgesic and anti-inflammatory benefits of marijuana, but without getting stoned.

Endocannabinoid receptors are particularly abundant in the vagina. Not surprisingly, then, many women report that cannabis-based oils help them relax while heightening sensitivity in the genitalia. No wonder, cannabis-based oils have been used for centuries to enhance sexual sensations and extend female orgasms.

Take your skin care to a ‘higher’ level

According to one group of researchers, “Skin care products that target the endocannabinoid system are likely to be a fundamental element of next-generation cosmetic treatments.”Cannabis-based topicals won’t get you stoned, but they are taking skin care to a much higher level.