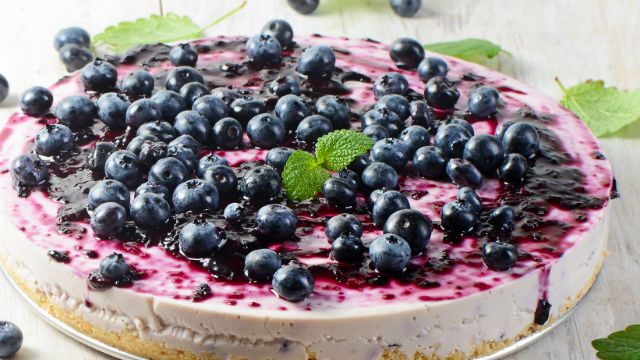 The Cheesecake Factory, according to the watchdog group Center for Science in the Public Interest, is said to be serving up the unhealthiest food in the country.

The eatery won the not-so-coveted award of the group’s Xtreme Eating survey, revealing that three of America’s nine most calorie-laden dishes on its list are served at Cheesecake Factory restaurants.

For example, the restaurant’s Bruleed French Toast, described on the menu as: “Extra thick slices of rustic French bread baked and grilled golden brown. Topped with powdered sugar and served with maple-butter syrup with bacon or grilled ham,” comes in at a whopping 2,780 calories. You’d have to run a marathon to burn all those calories.

But it’s not just the calories – that meal contains 24 teaspoons of (mostly) added sugar. As the CSPI notes, “to put that load of sugar into context, the American Heart Association recommends a daily limit of nine teaspoons of added sugar for men and six for women.”

The CSPI also reports that it’s seen a jump in the number of calories in our nation’s most unhealthy restaurant dishes since 2007, when it first started the awards. The group said in a statement: “When we were screening candidates for the first Xtreme Eating awards in 2007, we were shocked to see 1,500-calorie entrées. This year, nearly all of our ‘winners’ hit (or just missed) the 2,000-calorie mark. And a few doozies topped 3,000 calories. You could take half home and still overeat.”

The CSPI noted that The Cheesecake Factory may have reformulated a few dishes after being named a winner of the Xtreme Eating Awards in the past, with founder and CEO David M. Overton telling the Wall Street Journal, “I was sick of winning that prize.” But the menu still features numerous “highly qualified Xtreme Contenders” in addition to Bruleed French Toast, such as a 2,400-calorie pasta and a 1,500-calorie slice of cheesecake.

While calories do count, what may be just as important is where they come from. While an exact list of ingredients for the restaurant’s cheesecake served in house is not available – and, they have some 20 different varieties depending on the location, a frozen version in stores, labeled as “The Cheesecake Factory Original Cheesecake,” may provide at least a glimpse as to what’s used.

Fooducate.com notes that it is “highly processed,” and that it contains high fructose corn syrup. It also contains a gram of trans fat as well as both artificial flavors and colors. None of the ingredients listed are organic either, which means it’s also probably packed with GMOs as well as hormones from the cream and cream cheese.

High fructose corn syrup, as you probably know if you’re a frequent reader of The Alternative Daily, is a major factor in the skyrocketing obesity rates in our country today. HFCS is responsible for a wide range of diseases, illness and general poor health, with many well-documented risks. And that’s just the start.

Research has found that food dyes contain known carcinogens and contaminants that increase the risks of cancer, allergic reactions and hyperactivity in children. They are also highly inflammatory, increasing the risk of just about every disease and chronic illness, as well as speeding the aging process.

The good news is, you don’t have to deprive yourself if you want to enjoy a delicious piece of cheesecake. You can make your own healthier version at home.

There are many great recipes that can be found online, including this vegan, gluten free, dairy free, no-bake and grain free recipe that is sure to please even the pickiest foodie. 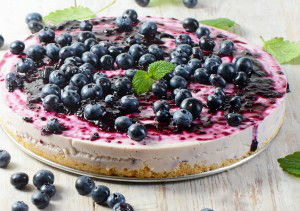 There is really no reason to deny yourself the pleasure of good food – just do so wisely, and without resorting to those that contain a host of toxic ingredients.