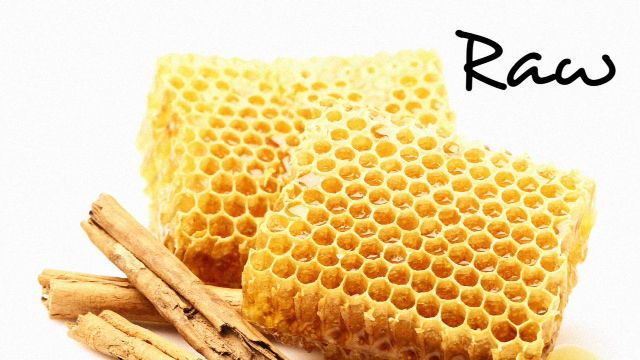 It is widely known that the key to a health-promoting diet is a variety of whole, nutritious foods. However, there are certain foods – and certain food combinations – that can greatly boost your wellness quotient if you incorporate them into a healthy lifestyle. One of the most potent superfood duos out there is cinnamon and honey.

Individually, both cinnamon and honey boast amazing health benefits. Together, they are a veritable powerhouse.

Cinnamon is an ancient spice, and was used culinarily and medicinally in both ancient Egypt and China. This spice comes from the inner bark of the cinnamon tree, which rolls into a “cinnamon stick” shape when it is dried. These sticks are either used whole, or ground into powdered form.

There are over 100 varieties of cinnamon, although what we commonly consume in the West is cassia cinnamon, which hails from China. Ceylon cinnamon is known as “true cinnamon,” and has a subtler flavor, but it is difficult to find in this part of the world.

This sweet, aromatic spice is rich in minerals, including calcium and manganese. It also contains a number of essential oils with active components, including cinnamaldehyde, cinnamyl alcohol and cinnamyl acetate.

These volatile compounds, as well as other antioxidants found in cinnamon bark, have potent anti-inflammatory properties and help to combat disease-promoting free radicals.

Thanks to its essential oil content, cinnamon possesses antibacterial, antiviral and antifungal properties. A 2013 study published in the International Journal of Food Microbiology found that when cinnamon was added to carrot broth, it effectively controlled the spread of Bacillus cereus, a foodborne bacteria, for sixty days.

The cinnamaldehyde found in cinnamon has been found to improve circulation and prevent the unwanted clumping of blood platelets. Because of this, it may aid in the prevention of heart attack and stroke.

Cinnamon is linked to helping to lower blood sugar, as it can slow the emptying rate of the stomach after ingesting food. This improves insulin sensitivity, and can therefore be of great use to individuals suffering from diabetes, as well as those diagnosed with pre-diabetes.

The anti-inflammatory properties of cinnamon make it a key food in relieving multiple types of pain, including joint pain, headaches and menstrual cramping. Furthermore, cinnamon has been linked to boosting cognitive function – just a whiff of its aroma may help to improve focus and memory.

Honey, like cinnamon, is also an ancient food celebrated for thousands of years for both its amazing taste and potent medicinal properties. Hippocrates, the father of modern medicine, refers to it as “liquid gold” in his writings. However, not all honey is created equal.

Processed, refined honey is a far cry from natural, raw honey. Many honeys that have undergone heavy processing no longer contain pollen, which is an important part of real honey’s health benefits. Also, some honey products that hail from India and other parts of Asia have been found to contain contaminants, and even antibiotics and metals.

While a certified organic honey is likely a safe bet, your absolute best source for honey is a local, raw variety.

The importance of finding a raw honey from a local source rests in its ability to help desensitize your body to allergens commonly found in the area where you live. When bees produce honey, they deposit a small amount of pollen into it. Eating a spoon or two of local, raw honey can help build up your immunity to environmental allergens in your hometown.

Raw honey can also be extremely beneficial during a cold or cough. Adding a teaspoon of honey to your tea is not just an old wives tale: it has been scientifically studied to work. A 2007 study performed at the University of Pennsylvania gave either raw honey or Dextromethorphan (DM), a cough suppressant medication, to children between the ages of 2 and 17 who were suffering from upper respiratory infections.

Upon analyzing the results, the study authors wrote: “In a comparison of honey, DM, and no treatment, parents rated honey most favorably for symptomatic relief of their child’s nocturnal cough and sleep difficulty due to upper respiratory tract infection. Honey may be a preferable treatment for the cough and sleep difficulty associated with childhood upper respiratory tract infection.”

Raw honey has antibacterial, antifungal and antiseptic properties, and can be applied topically to both disinfect and help heal numerous wounds and skin conditions, including minor burns, eczema and dermatitis. When it is ingested, these properties can help to support your immune system in dealing with pathogens that may make you sick if left unchecked.

One particularly potent type of honey is manuka honey. This honey, which hails from the flower nectar of the manuka tree, native to Australia and New Zealand, has been found to have up to 200 times the antibacterial potency of any other honey. Manuka honey can also help to support healthy gut bacteria, which along with improving digestion may provide a significant boost to your immune system.

Note: Honey should not be given to children under 12 months of age. 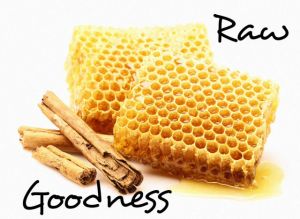 When their powers combine…

In both Ayurvedic medicine and Traditional Chinese Medicine, the combination of cinnamon and honey has been long celebrated. Just a few benefits of blending these two superfoods include:

Both cinnamon and honey taste delicious, and the healing powers of these ancient superfoods are vast. However, speaking to a health professional of your choice before starting a regimen with this combination is recommended, to determine the right amount – and method – to use for your individual health needs.