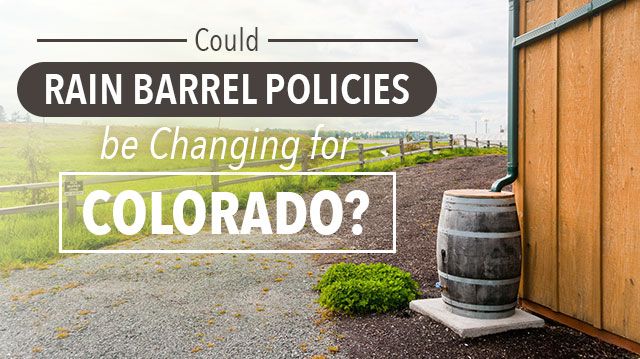 Colorado: land of legal pot, outspoken artists, adamant Bernie Sanders supporters, dedicated vegans, enthusiastic yogis, and… outlaw rainwater collectors? Believe it or not, Colorado is the only state where it’s illegal for people to collect rainwater on residential properties. Thanks to a recent bill introduced by a couple of state representatives, that might soon change.

As we recently reported, Colorado’s law falls under the concept of “prior appropriation.” In the case of rainwater, that basically means that a resident collecting water off their roof is stealing from someone else who owns the water downstream.

As crazy as it sounds, when Colorado and some of the other Western states were settled, the first person to use a body of water was granted rights to it. Others could be granted secondary use of said body of water, but all of the rainwater that flows into it belongs to the owner. As a result, water often doesn’t belong to the person who owns the land on which it falls.

That’s because rainwater enters the soil and eventual waterways in the state that are owned — most of the time — by someone other than the residential collector. The law is pretty archaic and there’s a workaround: rain barrels are legal to sell and legal to own. They just can’t be used to collect rainwater! So, as long as you don’t have nosy neighbors, you can probably get away with using a rain barrel.

If you live in Colorado, you soon might be able to come out of the rain-collecting shadows. State Representatives Jessie Danielson and Daneya Esgar recently sponsored a bill submitted to the state legislature that would allow homeowners to collect rainwater from their rooftops without fear of criminal prosecution. House Bill 16-1005 limits collection to two rain barrels and a combined quantity of 110 gallons, but it’s a step in the right direction.

“My farming family has been stewards of Colorado water for generations,” said Representative Danielson, “and the science shows rain barrels are a common sense way for homeowners to conserve water.” 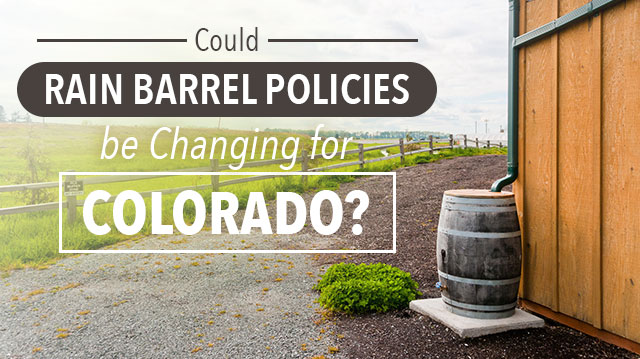 Danielson and Esgar and their colleagues worked with the Colorado Farm Bureau, agricultural organizations and Colorado House members who had concerns about a similar water barrel bill last year which died on the Senate floor. The edits to last year’s proposal have reassured critics that broad water rights will not be impinged upon by allowing residents to collect endless amounts of rainwater from rooftops.

While other states have limits to the methods and the amount of rainwater that residents can collect, Colorado remains the only state where it’s completely illegal to collect rainwater. Representative Danielson is hopeful that will change soon, and we couldn’t agree more.

If you’re interested in using a rain barrel for water collection, be sure to check state and local laws, as well as your neighborhood restrictions and bylaws. The last thing you want while trying to conserve water is to get saddled with a heavy fine.

Do you use rain barrels to collect rainwater? Have you encountered any resistance from neighbors?