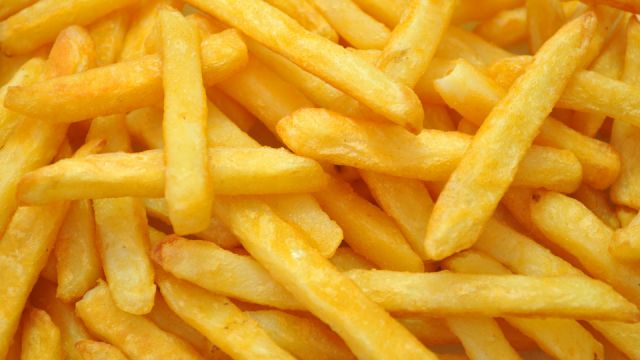 We all know that a steady diet of junk food can lead to chronic illnesses such as diabetes, cancer, obesity, and rampant inflammation. Recent research and an extreme case of “picky eating” has lead to an increased awareness of the permanent nervous system damage that can come along with a nutritionally deficient diet. If you need the motivation to eat veggies more and ditch those greasy fries, this story should convince you.

A scientific report published in Annals of Internal Medicine examined the results of a diet devoid of any nutritional value. The study revolved around a teenager from Britain who had lived for years on nothing but french fries, white bread, potato chips and the occasional piece of processed ham or sausage. At 14, the teen was brought into the hospital with complaints of chronic tiredness. Doctors diagnosed him with anemia and a deficiency in vitamin B12, along with copper, selenium, and vitamin D. He was given B12 injections and told to start eating a more varied diet of nutritional foods.

Unfortunately, due to his distaste and textural aversion to certain foods, he continued with his highly restrictive diet. One year later, he was again seen by doctors due to the development of hearing loss and vision problems. MRIs and eye exams revealed nothing out of the ordinary.

Two years later, and the 17-year-old now has 20/200 vision, which is the threshold for being legally blind in the United States. After informing doctors of his poor diet, he was diagnosed with nutritional optic neuropathy or damage to the optic nerve resulting from dietary deficiencies. According to the authors of the study, this condition can be caused by several factors, including drugs, poor diet, alcohol abuse, or malabsorption of food. They continued by indicating that “Purely dietary causes are rare in developed countries.”

This damage is to his optic nerve is irreversible, and while he’s not completely blind, he has blind spots right in the middle of his vision and will never be able to drive. It is unlikely that he will be able to discern faces or see normally ever again. Doctors believe the boy suffers from avoidant/restrictive food intake disorder. This disorder is characterized by an extreme aversion to certain textures and tastes along with a lack of interest in food or fear of eating and can lead to severe nutrient deficiencies. The British teen has been referred to a mental health specialist and is also taking daily vitamins to help stop his vision deterioration.

The key takeaway from this case study is highlighted by the study’s lead author, Dr. Denize Atan, “This case highlights the impact of diet on visual and physical health, and the fact that calorie intake and BMI are not reliable indicators of nutritional status.” Remember, this teenager was not overweight or on any medications, which just goes to show that obesity is not the only indicator of an unhealthy diet.

Though this case is an extreme and rare example of the perils of a processed diet, it should really be a wakeup call. Even if you are at a healthy weight, your body still needs good, nutrient-rich fuel in order to function properly. Eat a diet filled with whole foods such as fruit and vegetables and eliminate fast, empty carbs wherever possible.

These foods are a great place to start in building a healthy diet:

If you are on another restrictive diet such as vegan, make sure that you are getting all the nutrients you need from supplements or foods with essential vitamins and minerals.

Listen to your body and give it what it needs. For instance, if you are craving an orange, your body may be deficient in vitamin C. Don’t hesitate to eat that orange and enjoy it. Once you start paying attention to your cravings, eating tons of fresh food, and drinking lots of water, you’ll be surprised that you actually start to look forward to your healthy meals and your body responds negatively to food with no nutritional value.