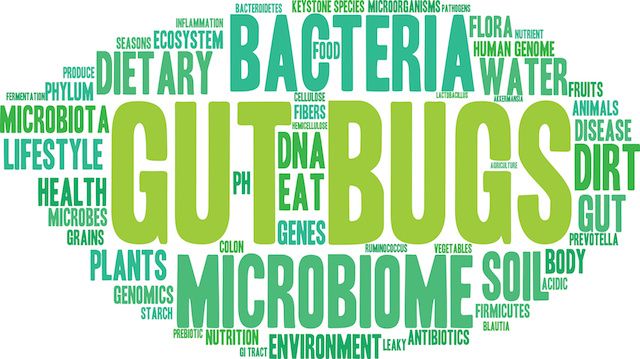 Did you know that there are billions of bacteria hard at work in your digestive system? Without them, you wouldn’t be able to break down or absorb nutrients from your food. You also wouldn’t have a working immune system.

Scientists call these helpful microorganisms “probiotics.” These “good bugs” perform many useful functions, such as modulating inflammation levels and intestinal pH. They help with the production and absorption of vitamins, especially those in the B and K groups.

Probiotics also keep any disease-causing “bad bugs” and opportunistic yeast colonies at bay by preventing them from attaching to the walls of the intestines.

The populations of bacteria in your body can fluctuate and adjust depending on the foods you eat, as well as other substances that affect your body, such as medications, personal care products and environmental toxins.

Did you know there are certain foods that encourage the growth of beneficial bacteria, keeping these colonies strong so that bad ones don’t overgrow? These foods are called prebiotics.

Prebiotics are nutritional fibers that cannot be digested by the human digestive system. They are complex chains of sugars that travel through the stomach and small intestine 90 percent whole and arrive in the large intestine, where they serve as food for probiotic bacteria.

Prebiotics are also classified by length, fitting into either long chain, short chain or full spectrum groups. Different lengths of chains are digested at different speeds, meaning they will provide a substrate for the bacteria at the beginning or toward the end of the large intestine. Full spectrum prebiotic supplements contain all different lengths of saccharides so they are able to feed all types of bacteria throughout the large intestine.

How prebiotics can benefit your health

One of the main benefits of prebiotics is their ability to feed desirable probiotic bacteria. This is done through a fermentation process. Many types of bacteria are able to ferment and metabolize prebiotic fiber, but lactobacilli and bifidobacteria in particular have been observed to thrive on prebiotics. You may recognize those species from the back of a yogurt container or probiotics supplement label. These are two of the main species that help us digest food properly and excrete what’s left over as waste.

Prebiotics were first identified by scientists in 1995, and since then many studies have been performed to evaluate their therapeutic effects. In studies where people consumed prebiotics, it was observed that their gut microbiome shifted toward containing more beneficial bacteria and fewer pathogens (disease-causing microorganisms).

This shift toward a healthier microbiome can create many benefits in the human body.

Scientists have found that using prebiotics increases the ability to absorb minerals such as calcium and magnesium. Magnesium, in particular, is lacking in the diet of a large percentage of the population.

A recent study done at Oxford University, England, found that prebiotics can be used to manipulate human behavior to help relieve stress, anxiety and depression. Volunteers were divided into three groups, two of which took different types of prebiotics, while the third took a placebo, each morning for three weeks. After this period the subjects completed tests designed to analyze emotion-related brain processes.

The group consuming a type of prebiotic called B-GOS showed less attention to negative words, and lower cortisol (stress hormone) levels. The other type of prebiotic used in the testing, FOS, didn’t show as much benefit. The results summarized that the B-GOS prebiotics were able to deliver similar results as antianxiety or antidepressant medication.

The stress-modulating effect found in the Oxford study is correlated with findings of other studies, which have confirmed that prebiotics are able to remedy stress-related gastrointestinal disorders such as Crohn’s disease, inflammatory bowel disease and ulcerative colitis.

Further, a 2009 study found that prebiotics can be very helpful in controlling body weight, and may be a key tool in the battle against widespread obesity. Study participants consumed 21 grams of prebiotic fiber each day and lost an average of 1.03 kg of fat over 12 weeks. Dr. Raylene Reime, the lead researcher, confirmed that it was fat weight being lost, rather than bone or muscle.

These promising results may be because of improved insulin sensitivity and lowered blood glucose levels caused by prebiotic starch. Another potential reason is that prebiotics allow for greater production of an anti-inflammatory substance called butyrate by the microbes in the gut. Since obesity is closely tied with systemic inflammation, butyrate may assist in reversing the disease process.

With so many benefits already uncovered, prebiotics are a very exciting area of nutritional research.

Interestingly, the single food “purpose-built” for humans contains prebiotics: mother’s milk. The oligosaccharides in human breast milk have been observed to help keep infections at bay in newborns and children up to two years old. Researchers have found that the increased growth of bifidobacteria in breast-fed babies helps them stay healthy and get sick less often as compared to formula-fed babies. This is just one of the major benefits of breast-feeding infants.

As a side note, researchers have also experimented with supplementing prebiotics into baby formula and observed favorable results. The babies consuming formula with prebiotics had fewer E. coli and diarrhea-causing bacteria in their stools, and more bifidobacteria. In general, a number of studies converge on the fact that feeding infants prebiotic formula can replicate the benefits of breast-feeding and result in a more robust immune system.

For older children and adults, food sources of FOS and GOS forms of prebiotics include:

Whole grains such as rye, wheat and oats also contain prebiotic fiber, but we do not recommend these foods as part of a healthy diet.

Prebiotics are also sold as dietary supplements. In this form, prebiotics may even be more effective than probiotics. This is because living probiotic cultures are difficult to preserve and package while maintaining their viability. You may have noticed that the more expensive probiotic supplements at the health food store are kept in the refrigerated section, in an effort to keep the cultures alive. Prebiotics, on the other hand, are simply carbohydrates. They can be cooked, dried, frozen or powdered and still have healthful properties when they are consumed. 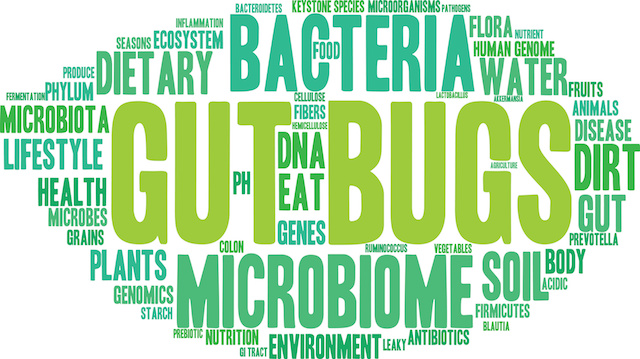 Ultimately the research indicates that using a “symbiotic” supplement is likely the most effective choice. This is one that contains both live probiotic cultures and also some prebiotics to encourage their proliferation. Symbiotics have been found to be more effective than either prebiotics or probiotics on their own.

Thanks to the fact that prebiotics can be found in a variety of plant foods, it should be pretty easy to get your daily dose if you eat a balanced wholesome diet. The goal is to consume five to 30 grams of prebiotic fiber per day. Five grams is the minimum required to get any noticeable benefits, and 30 is the maximum that studies have found can be comfortably consumed without digestive upset.

One of the easiest ways to add a measured amount of prebiotic starch to your diet is to consume one tablespoon of unmodified potato starch daily. You can find this product at health-food stores or online. We recommend alternating different sources of starch so that you are getting all of the different types and feeding each potentially beneficial type of bacteria.

Try starting with a low dose and increasing gradually, since many people find they experience bloating and flatulence when they first introduce additional prebiotics into their diet. Other than potential abdominal discomfort and wind, no other side effects of prebiotics are known.

If you find that even a small amount of prebiotic fiber causes you stomach pain, this may indicate an underlying health condition, such as small intestinal bacterial overgrowth or microbial dysbiosis. If this is the case, a holistic health practitioner will be able to help you find balance in your microbiome through herbal and dietary treatments.

Almost everyone can benefit from consuming several grams of prebiotic fiber daily. With a lot to gain from incorporating prebiotics — and nothing to lose — we encourage you to start today! Learn more about the most potent food source of prebiotics here.