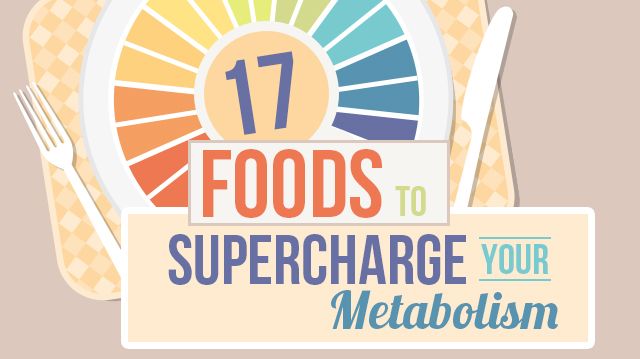 Despite what you may have heard, the speed of your metabolism isn’t a direct product of your genes. Lifestyle and habits actually play a huge role in whether your metabolism is working for you — or against you. Habits like exercise, eating more protein, and incorporating more warming spices and herbs into your diet have all been shown to give your metabolism a boost. But if you really want to supercharge your metabolism, there’s nothing that will produce better results than eating a nutritious diet full of unprocessed fruits and vegetables. Here are 17 foods you’ll want to eat regularly to keep your metabolism revved up and ready to burn.

Eating an apple every day may do more than keep the doctor away. In fact, a study from Rio de Janeiro State University found that eating three small apples a day greatly increases metabolism and speeds up weight loss. The researchers thought the key to this discovery might be fiber, which can slow the intake of dietary sugar and make you feel fuller longer. Apple peels also contain pectin, a specific type of fiber that not only helps to flush out toxins, but also limits the amount of fat your cells can absorb. 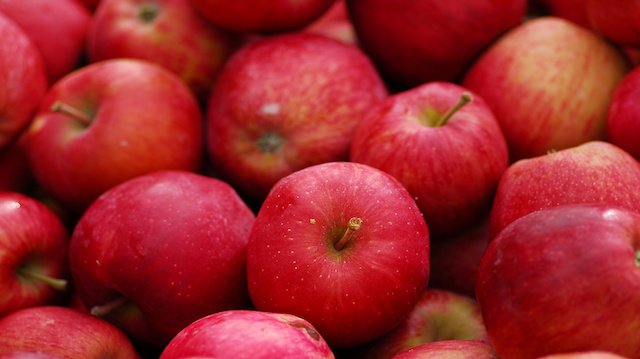 Asparagus is particularly high in B vitamins, which play a key role in metabolizing sugar and starches. This spring veggie is also a rich source of the antioxidant glutathione, a compound that helps your body to break down and eliminate harmful carcinogens like free radicals. 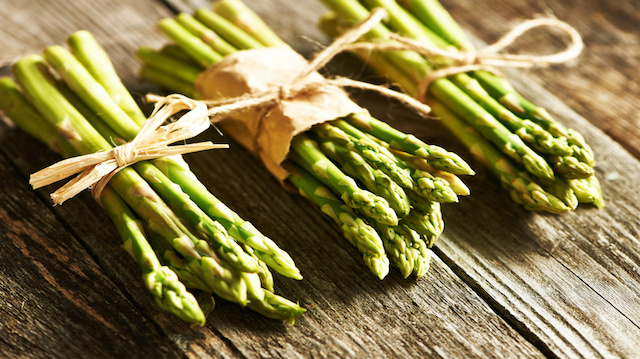 This heart-healthy fruit, considered by some nutritionists to be the perfect food, is packed with oleic acid, which reduces inflammation. And everything in your body works better when there is less inflammation — including your metabolism. Research on avocados also suggests that this “alligator pear” — as the Spanish originally called them — can make you feel fuller for much longer than other foods.

Fresh berries contain chemicals called anthocyanins, which according to studies, may help with fat metabolism and reduce weight gain. Berries also help with the release of hormones that reduce inflammation and lower blood sugar levels, both of which are crucial for keeping your metabolism working efficiently. 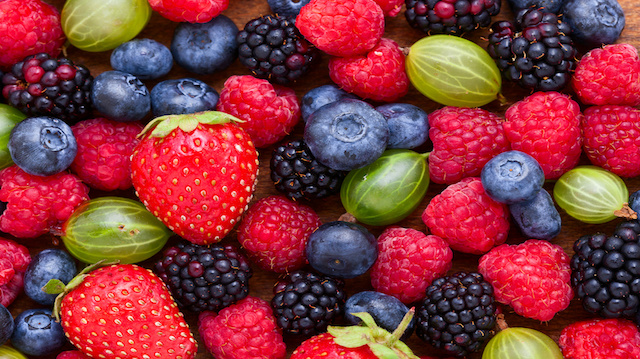 This all-around super veggie is not only high in B vitamins to keep your metabolism roaring, broccoli is also packed with fiber and water — an important combination for your body’s ability to burn fat quickly and digest food efficiently. Cruciferous veggies like broccoli are also high in vitamin C, which helps keep things moving steadily through the digestive tract. 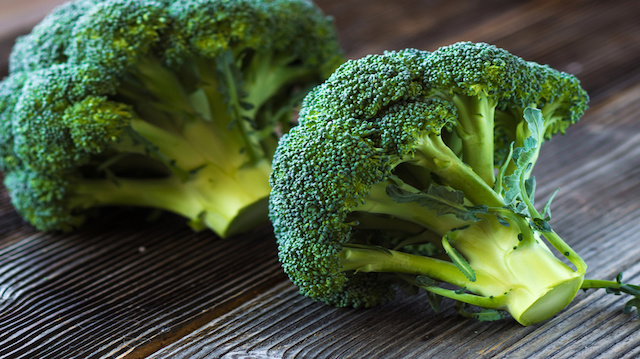 This leafy green sister of broccoli and cauliflower boasts the same healthy, metabolism-boosting B vitamins that these other cruciferous superfoods contain. Ferment cabbage into sauerkraut to up your intake of probiotics, which also provide a powerful digestive and metabolic punch. 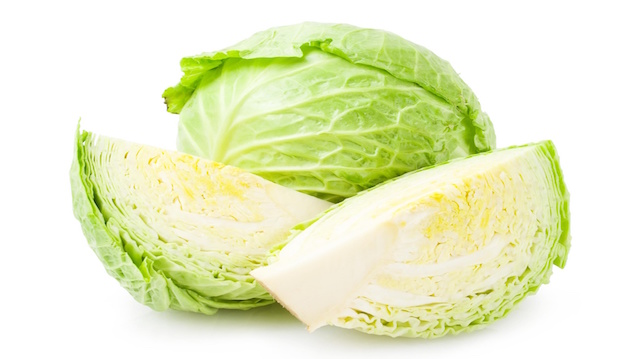 Not only are carrots high in fiber, but certain compounds in carrots also help the liver to flush out environmental toxins and chemicals from the body. This is important because certain toxins can build up in the body, which can slow down your metabolism and prevent weight loss. 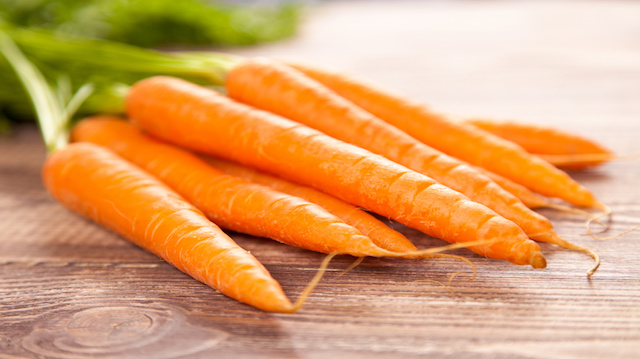 Packed with nutrients and very versatile, cauliflower makes a great substitution in meals that are typically high in unhealthy, processed carbs that leave you — and your metabolism — feeling tired and sluggish. Rice, couscous, macaroni and cheese, pizza crust and even bagels can all be made with cauliflower instead of grains. Your waistline and energy levels will thank you. 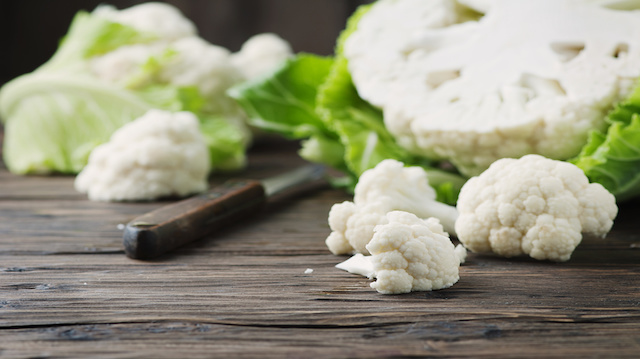 There is a reason celery is known as one of the “quintessential” diet foods: it’s great for boosting the metabolism and weight loss. Celery is a thermogenic food, which means our bodies burn more calories to chew up and digest a piece of celery than the stick of celery actually contains. Pair celery sticks with a healthy nut butter to stay fuller longer. 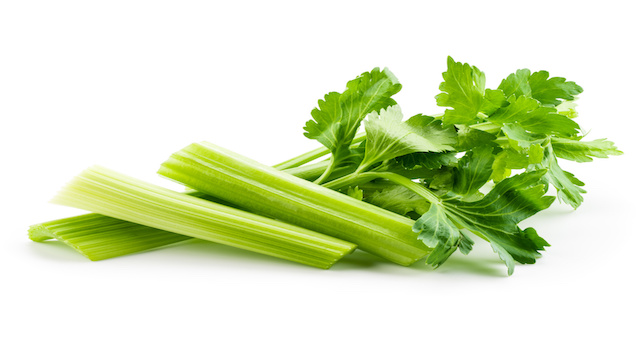 Hydrating and fibrous, cucumbers are another thermogenic food with a “negative calorie” effect. However, this isn’t the only way they boost your metabolism. Cucumber seeds actually have a stimulant effect on your body, which can speed up metabolic rates. Cucumber’s high levels of sulfur and silicon may also support the body’s ability to burn fat efficiently. 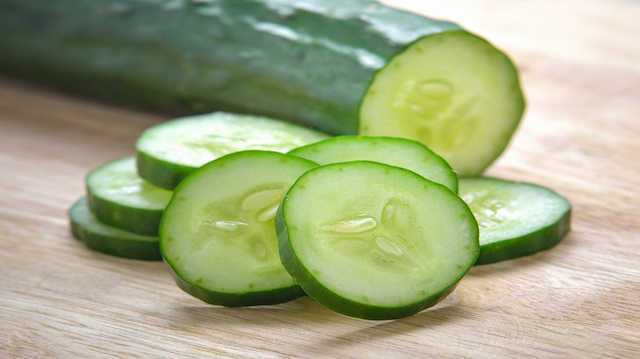 Not only is garlic the ultimate immune-supporting herb (it zaps unwanted bacteria, fungi and viruses), it’s also great for your metabolism. Garlic lowers cholesterol, reduces fat cells in the body, and is linked to lower blood sugar levels and weight loss. This amazing herb also has a thermogenic — or heating effect — which tells your body to burn more calories. 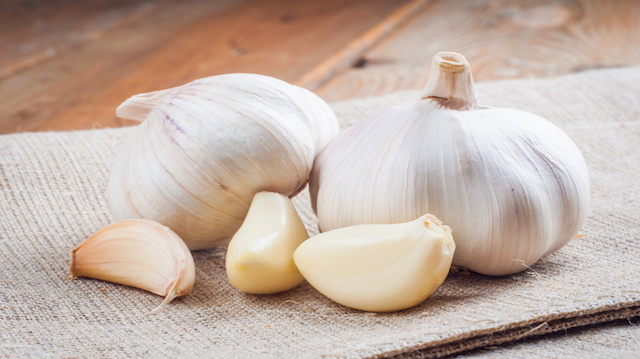 Grapefruit is well known as one of the top “weight loss” foods we can turn to when our clothes begin to feel a little too tight, but not many people know the explanation behind the reputation. Grapefruit contains a unique antioxidant called naringenin, which researchers at the Scripps Clinic in California found to help the body use insulin more efficiently, keep blood sugar levels balanced, and improve the body’s ability to burn fat. 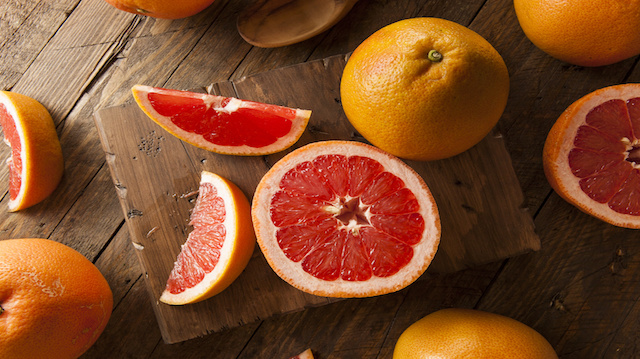 You’ve probably heard that starting your day with a glass of lemon water is a great way to kick-start your metabolism, but do you know why? Drinking lemon water before meals lowers blood sugar peaks by about 10 percent, which reduces the likelihood that your body will store carbohydrates and sugars as fat. Plus, lemon water helps to detoxify your liver, and a healthy liver keeps your metabolism running optimally. You can drink lemon water plain, or you can give your metabolism an extra boost by adding cayenne pepper. 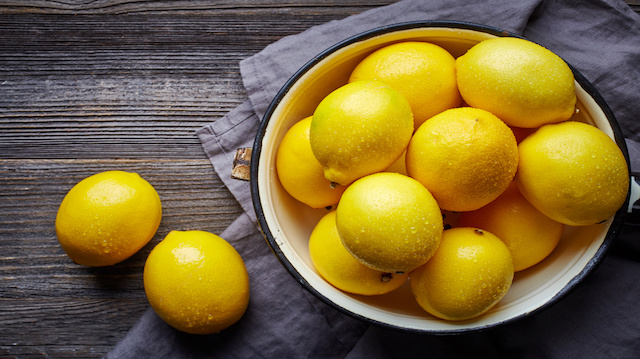 Including raw nuts in your diet, especially almonds, is wonderful for your metabolism and waistline. Studies show that when your body digests protein, it burns more energy than when it digests carbohydrates or fat. In other words, protein gives your metabolism the biggest boost out of all three macronutrients. Raw nuts are a healthy, vegetarian-friendly way to include more protein in your diet. 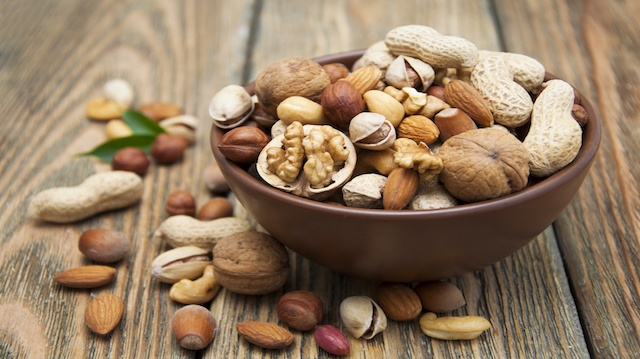 Papaya contains an enzyme called papain, which helps the body to break down and absorb proteins, supports speedy digestion, and stimulates the metabolism. According to Barbara Simonsohn’s book Healing Power of Papaya, the indigenous people of Central America traditionally ate papaya after heavy meals for this reason. 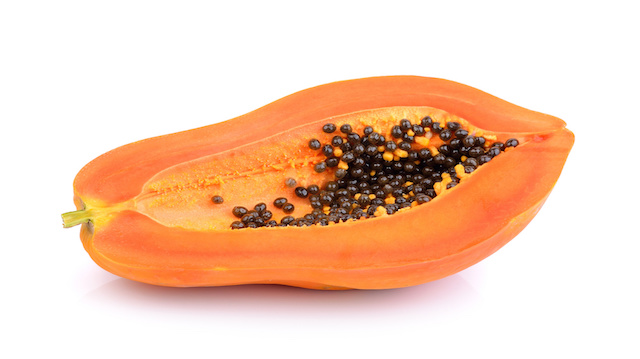 This spiky tropical fruit isn’t only delicious; it’s also great for weight loss, blood pressure, arthritis relief and many other things — including your metabolism. Its metabolic benefits stem from the unique enzyme bromelain, which helps the body to break down food more quickly and efficiently. Here’s a hint about bromelain: the core of the pineapple actually contains more of this enzyme than the rest of the fruit. So don’t throw it out! 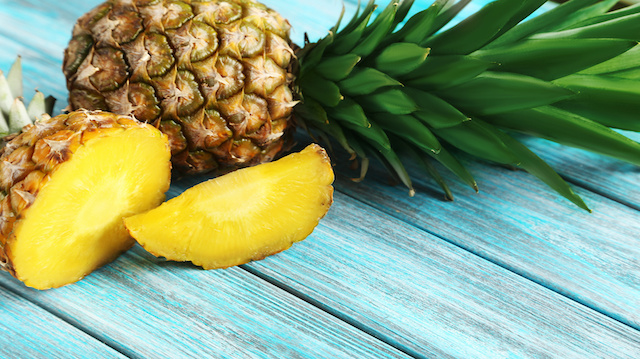 According to a Swedish study, spinach is a great food for building lean muscle. This is great news for your metabolism, as the more muscle you have, the more calories your body will burn. 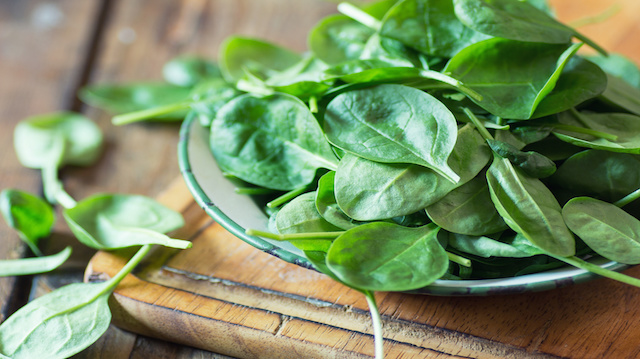 There’s no magic pill when it comes to losing weight and getting fit, but keeping your metabolism working efficiently by eating clean, nutrient-rich foods like these will go a long way in keeping your energy up and your body fat down. Other ways to keep your metabolism revved into high gear include exercising, drinking caffeine (including coffee), getting enough sleep, and eating foods rich in omega-3s.