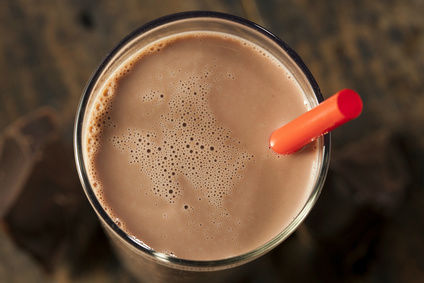 It has been 4 years since ‘Big Dairy” (International Dairy Foods Association (IDFA) and the National Milk Producers Federation (NMPF)) introduced a petition to the FDA to alter milk as we know it, and their campaign is still in full swing.

Specifically, the petition requests that the FDA allow the use of “any safe and suitable” sweetener in optional characterizing ingredients used in milk. In addition, the petition asks for standards of identity to be amended for 17 other milk and cream products including sour cream, heavy whipping cream and yogurt.

With sales plummeting since 1975, the milk industry has been desperate for a new marketing angle. No matter how nutritious milk may be, it has a very hard time competing with splashy sports drinks, embellished vitamin water and soda.

Another factor in the decline of milk sales, as reported by the research group Mintel, seems to be a mounting concern with lactose intolerance. More people are realizing that they cannot properly digest and absorb lactose (milk sugar). This condition results in gastrointestinal issues whenever milk or foods containing milk are consumed.

What the Dairy Industry Wants

The dairy industry is asking for a change in labelling which would allow them to flavor milk with artificial sweeteners and call it milk, not a dairy drink or even low calorie/sugar-free milk. They say that if they label their flavored milk as low calorie kids won’t want to drink it.

The addition of artificial sweeteners, such as aspartame, would not be noted on the front of the container but would, instead, be listed in the ingredients on the back under a name not easily recognized by the general public. Some nutritionists are concerned that this would make it very hard for consumers to know what they are buying.

Clearly visible, easy-to-understand labels, such as stoplight labels make shopping for what you want simple; however, this system is not in place across America at this time. For now, consumers must be self-educated, motivated and have plenty of time to scan labels while they shop.

The new, low calorie milk would look just the same from the front as a container of regular chocolate milk, meaning that consumers would need to pay particular attention to the fine details on the back of the product to know whether they are getting “real” chocolate milk or an aspartame-sweetened imposter.

Dairy industry representatives state that they are not hiding anything. In fact, they claim that their low calorie flavored milk could help in the battle against obesity. However, nutritionists say that sweetened milk is not the major force behind childhood obesity and that it does not even contain all that much sugar.

According to Professor Marion Nestle, in the Department of Nutrition, Food Studies, and Public Health at New York University, the dairy industry is interested only in selling more products, nothing more. The goal should be to teach kids how to appreciate foods that are natural and not sweetened with sugar or artificial sweeteners. Truly what the dairy industry is doing seems counterproductive to health.

One of the most common artificial sweeteners used in the processed food industry is aspartame. Introduced in the 1970s as a “safe” alternative to sugar and saccharin, aspartame has been linked to numerous health problems.

This toxic ingredient accounts for more than 75 percent of adverse reactions to food additives that have been reported to the FDA. Just a few of the 90 that have been documented include migraines, dizziness, depression, type 2 diabetes, obesity, fatigue, irritability, hearing loss, insomnia, heart palpitations, anxiety attacks, slurred speech, loss of taste, joint pain and memory loss. Recent studies have linked the chemical to neurological degeneration, seizures, chronic fatigue, cancer and death.

Although aspartame has been touted as a safe and even healthy alternative to drinks made from sugar, extensive research has shown it to be an unsafe additive for foods and beverages. However, the Food and Drug Administration continues to grant food makers approval to use the chemical as an artificial sweetener.

So far, well over 120,000 people have signed the Sum of Us petition that urges the FDA to “forbid milk and dairy products to include aspartame or other artificial sweeteners.”

Will you be next?