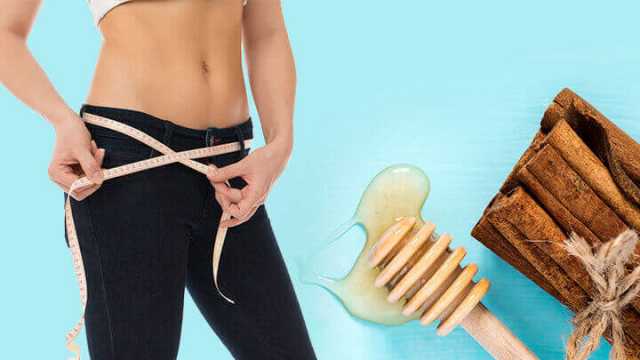 You’ve probably heard by now that both cinnamon and honey are pretty darn healthy… but do you know just how healthy? In short, both of these foods truly deserve their “superfood” designation for many reasons (which we’ll get into shortly). What’s more, when you pair them together, you can do a great deal of good for your overall health.

First things first, a bit about what makes cinnamon and honey so awesome.

Cinnamon is one of the oldest spices we know of, and it has been honored for its culinary and medicinal properties since ancient times. This spice is made from the inner bark of the cinnamon tree, and it is either rolled into sticks or ground into a powder. Most of the cinnamon used in the Western world is cassia cinnamon, which is native to China.

Many of us are familiar with the culinary benefits of cinnamon — it gives both sweet and savory foods a delicious, fragrant punch. As far as health benefits, there are many. First of all, cinnamon is a good source of both manganese and calcium, two important minerals for bone health and many other systems of the body. It is also rich in antioxidants, in the form of essential oils with active components. These components include cinnamyl acetate, cinnamaldehyde and cinnamyl alcohol.

The antioxidants in cinnamon make it a powerful anti-inflammatory spice. For this reason, consuming it often can help to prevent many chronic inflammatory illnesses from forming. These include heart disease, autoimmune illnesses and more. Cinnamon also has potent antimicrobial properties, and has been found to be effective against foodborne illnesses. On top of that, cinnamon has been linked to heart health, circulatory health, improving memory and overall cognitive function. It even has the potential to lower blood sugar.

Raw honey is by far the best choice you can make to sweeten your food. You’ll want to find a trusted source of raw honey in your community for two reasons. First, the processed stuff has many of the nutritional benefits zapped out. Second, local honey can actually help desensitize you to environmental allergens in your area — a huge bonus for those who suffer from seasonal allergy symptoms.

Honey has also been found to have antimicrobial properties, and it is even applied directly to wounds and burns to speed up the healing process. When you eat honey, your immune system may benefit greatly from these antimicrobial activities — they’re not just skin deep. Honey is also great during cold and flu season, as it can help to soothe coughs and coat your throat to provide relief from soreness.

Consuming honey can also support the beneficial bacteria in your gut, thus improving digestion and giving your entire immune system a boost. For the most potent antimicrobial benefits, choose manuka honey — it’s a super-superfood as far as honeys are concerned.

Health benefits of cinnamon and honey

Now that you know what makes each ingredient so powerful, here are a few reasons to give this delicious duo a try:

1. They provide your body with important nutrients

When you eat cinnamon, you’re giving your body the benefit of fiber, manganese and calcium. When you add honey, you’re getting several B-vitamins, a small amount of vitamin C, several minerals and some protein. All of these nutrients are vital to every system in your body.

Along with the nutritional content, both cinnamon and honey are rich in antioxidants. Between the volatile essential oil compounds in cinnamon and the polyphenol antioxidants found in honey, you’ll be doing a lot to reduce chronic inflammation in your body by eating both of these foods. As unchecked inflammation can be extremely dangerous and contribute to a variety of diseases, this is a smart move.

Mixing cinnamon and honey together in water and drinking this mixture regularly may help you in your weight loss efforts. This does not substitute for a healthy diet and exercise, but when added to a healthy lifestyle, this mixture may be of assistance. It may help to reduce cravings for unhealthy foods, lower inflammation which can block weight loss efforts, and help you to get more nutrition from the foods you eat.

We’ve already discussed how honey alone can help to soothe cold symptoms. Adding cinnamon may help too, because of its anti-inflammatory and antimicrobial properties. If you’ve come down with a seasonal bug, try adding a tablespoon of honey and a sprinkle of cinnamon (or a cinnamon stick) to a cup of hot green or herbal tea to get yourself over the bug faster.

Cinnamon has been linked to improving digestion by cooling the stomach and protecting the walls of the intestines, and raw honey can help to support beneficial gut bacteria. Together, these two superfoods may be key to a healthier, more smoothly functioning digestive system.

How to enjoy this healthy combo

There are many ways to enjoy cinnamon and honey together. You can simply add a tablespoon of raw honey and a teaspoon or so of cinnamon to a mug of hot water. You can also add these to hot tea, or throw some cinnamon and honey into your next smoothie. This combination also works great in many recipes, including marinades, glazes and salad dressings. Get creative in the kitchen and enjoy!