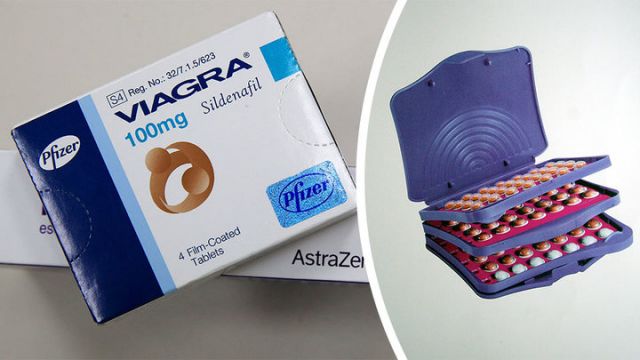 Erectile dysfunction (ED) is not the hardest topic to write on, but it is a sensitive subject matter. Okay, now that I’ve got my bad puns out the way we can get serious.

ED is a very common medical issue with more than three million new cases diagnosed in men every year. The symptoms include an inability to get or maintain an erection during sexual activity. The condition is usually found in men 75 or older, but it can affect middle-aged and younger males too.

By itself, ED is not dangerous or disabling (except to a relationship). However, it is frequently symptomatic of a deeper physical problem such as atherosclerosis or diabetes. That’s because ED is usually caused by restricted blood flow to the penis, which can be precipitated by cardiovascular problems, hardened arteries and hypertension. However, many other medical issues may impact ED including:

There are a variety of ways to treat ED. Conventional therapies include surgery, penile implants and vacuum pumps. In recent years, prescription medications such as Viagra, Cialis and Levitra have proven popular with many men. However, these conventional pharmaceuticals entail side-effects and they are certainly not for everyone.

Understandably, many men would prefer to improve their sexual performance with an all-natural alternative. With that in mind, here are five natural remedies that can help a man get his mojo back.

Also known as red ginseng, this has been hailed as the “herbal Viagra.” The plant contains compounds called ginsenosides, which improve functions at the cellular level (including blood flow). Ginseng has been used as a folk remedy for centuries because it has anti-inflammatory properties and can counteract metabolic disorders (like diabetes). But modern scientific studies support its efficacy to treat ED.

This is a hormone that is naturally produced by the adrenal glands. It is found in both men and women but is converted into testosterone in males. Not surprisingly, deficiencies in DHEA can result in low testosterone, which may result in a diminished sex drive.

Studies have shown that males given DHEA supplements had improved erectile function. The results were particularly striking in males whose ED was due to metabolic disorders like diabetes.

Zinc deficiencies have been correlated with low testosterone. Most men can get enough of this vital mineral by eating a balanced diet, but aging and the use of prescription drugs can interfere with its absorption. Numerous studies have found a link between adequate zinc levels and a healthy libido. So, men with ED may want to consider eating more zinc-rich foods (oysters, spinach, beef, shrimp, wheat germ and pumpkin seeds are considered good sources) or consider taking supplements.

If you can’t remember the last time you had sex, then ginkgo biloba is an herbal supplement to consider. The herb has been used in Chinese medicine for centuries and scientific evidence suggests that it improves blood flow. Recent research has focused on its memory-enhancing properties, but as Dr. Richard Harris, a urologist with the Loyola University Health System notes, “An erection is just blood in and blood out. Any ED treatment that improves blood flow may help.” A 1998 study found that gingko had an 84 percent success rate when it came to treating ED related to depression. Now, that’s medical news that should give men a psychological boost.

Your lifestyle can have a huge impact on the libido. Obesity, alcohol abuse and lack of exercise are all correlated with a diminished sexual drive. On the other hand, the following factors are positively associated with healthy erectile function:

In particular, getting regular exercise and choosing foods high in flavonoids can help improve cardiovascular health, which is often a huge factor when it comes to ED. Foods high in flavonoids include tea, dark chocolate and pistachio nuts. That’s right, studies show that consuming pistachios can improve erectile function. Medical experts say pistachios may be small compared to other nuts, but physicians and nutritionists agree that this is one instance where size doesn’t matter.