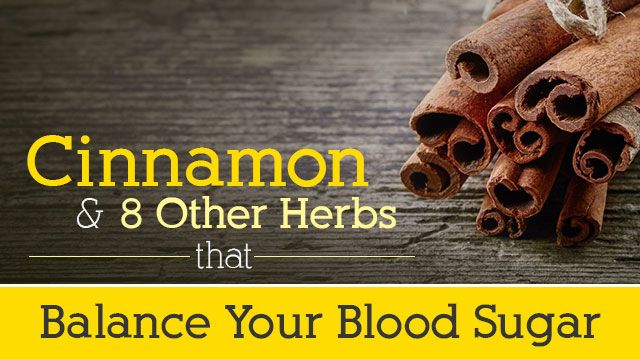 If you feel like the day is a rollercoaster of highs and lows, which leaves you dragging your butt to the coffee machine and constantly fighting cravings, don’t worry, you’re not alone. Nor are you weak, getting old, or just plain crazy.

It’s time to stop fighting with your body and end the feeling of never having enough energy to face the day. How can we do that? By balancing blood sugar!

The fact is, the human body isn’t well designed to handle the frequency and quantity of carbohydrate and sugar consumption in today’s modern diet. These high glycemic index foods send blood sugar sky-high, prompting a surge of insulin released by the pancreas. The insulin is needed to usher glucose out of the blood and into cells. This occurs to reduce the level of sugar in the blood.

This system is adequate for the small, occasional amounts of sugar and carbohydrates that our ancestors consumed. But when you eat a bagel, a bran muffin or a fruit smoothie for breakfast, your system gets overloaded. Insulin is constantly pumped into the bloodstream in an effort to keep blood sugar in the normal range. With this constant barrage of insulin, the cells get desensitized and the insulin is no longer effective. This condition is called insulin resistance, and it is the first step toward developing type 2 diabetes.

When blood sugar and insulin are chronically high, the body gets inflamed, hormones are thrown out of whack, and we feel tired, moody and fraught with cravings.

This sounds sort of scary, doesn’t it? Luckily, insulin resistance and blood sugar imbalance are very easy to prevent. All we need to do is consume a core diet of natural foods that are low in sugar and high in nourishing proteins, fats, nutrients and complex carbohydrates.

This includes organic vegetables, healthy fats, high-quality protein sources, nuts and seeds, and some organic fruit. We recommend excluding most or all packaged and processed foods, grains, factory-farmed animal products, and commercial dairy.

Along with this robust nutritional approach, there are a number of herbs and spices that can help balance blood sugar. Here are nine of the best ones to incorporate into your daily diet.

Cinnamon is the most well-known spice for the purpose of balancing blood sugar. Cinnamon contains compounds that promote insulin function and allow cells to use glucose more effectively. It also slows the rate of gastric emptying, effectively lowering the glycemic load of the food that has been consumed. Studies indicate that consuming one gram of cinnamon daily can help lower blood sugar by one-fifth, or 20 percent. Try adding a quarter of a teaspoon of cinnamon to your coffee or tea, mixing it into green drinks, or sprinkling it on top of just about anything.

The active compound in turmeric is called curcumin, and it has some amazing properties. A 2009 study reported that curcumin is 500 times more effective than the diabetes drug Metformin at encouraging cells to use glucose efficiently. Another study reported that curcumin supplementation is universally effective in preventing a prediabetic condition from progressing to full-blown diabetes.

Turmeric can be consumed as a supplement, but we recommend adding it to food where other constituents have been found to encourage the action of the curcumin.

Eating red pepper powder can lower the amount of insulin required to process the sugar contained in a meal. This effect is best seen when chili powders are made a regular part of a person’s diet. Insulin secretion can be improved (lowered) by as much as 24 percent following regular chili consumption, as reported by a 2006 study published in the American Journal of Clinical Nutrition. The chili powder was also able to improve the production of a substance linked with the clearing of insulin by the liver.

Why not spice up scrambled eggs, sautéed chicken or a lentil dish with some chili powder or cayenne pepper?

This fragrant herb has a stimulating effect on the endocrine glands, including the pancreas. Coriander, also known as cilantro, helps to ensure that sufficient levels of insulin are produced in order to process blood sugar effectively. Try adding fresh coriander to salads or guacamole, or mix the seeds into dressings and sauces.

Black cumin seeds have been studied for their ability to stabilize blood glucose and reverse diabetes. One study group that consumed two grams of cumin seeds daily saw a reduction in blood glucose averaging 62 mg/dl after eight weeks of supplementation.

This earthy spice works well in rubs and marinades for meats, or mixed into hummus or dukkah.

Using the leaves or seeds of this herb has been shown to improve natural blood sugar control mechanisms, and reverse insulin resistance as a result. Several studies have shown that fenugreek is effective in bringing metabolism back into balance.

The roasted seeds can be used in salads or stir-fries, or the herb can be consumed as a tea. Capsules of the dried herb are also readily available.

Ginger is a valuable spice for supporting healthy blood sugar and metabolism. In a study on the health benefits of ginger, one group of participants was given three capsules of ginger powder and another group was given a placebo. Researchers found that the fasting blood sugar levels of the group taking the ginger capsules decreased by 10.5 percent, while insulin sensitivity improved. The placebo group’s fasting blood sugar levels increased by 21 percent. Other markers of diabetes are also improved with ginger supplementation. 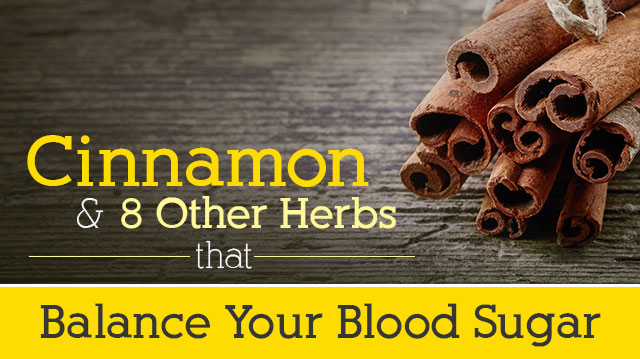 Try grating fresh ginger root into tea, soups or salad dressings. Sprinkle the powder into healthy baked goods or smoothies, or take as a supplement in capsules.

This fresh green herb is used traditionally in Turkey to treat diabetes. A study published in the journal Phytotherapy Research reported that parsley consumption in diabetic rats benefited liver function and resulted in lower blood glucose levels. These benefits were seen after one month of parsley consumption.

Fresh parsley goes great on salads, in soups, or mixed into hummus or guacamole. Also try blending it into smoothies and green juices. Its cleansing flavor is invigorating and delicious.

Researchers at the University of Illinois’ Division of Nutritional Sciences have found that rosemary works in a similar way to pharmaceuticals designed to fight diabetes. The fresh herb targets an enzyme that positively affects the processing of blood sugar. It was found to be so effective that treatments based on the herb may be developed in the future.

The good news is you can start benefiting from the medicinal properties of rosemary right away. Try using this pungent herb in a variety of dishes, including meats, vegetables and soups.

There is no need to suffer with flagging energy and out-of-control blood sugar. Simply liven up your meals with a steady rotation of delicious herbs and spices, and feel better fast.