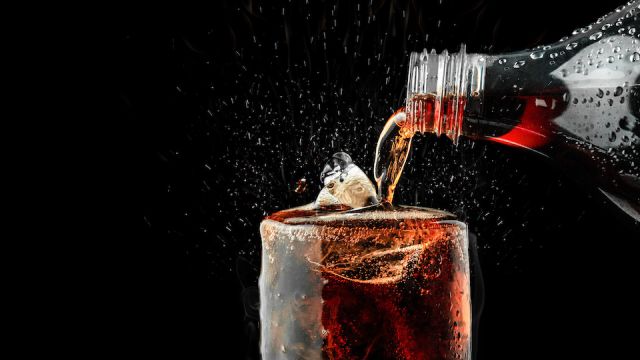 Carbonated drinks like coca-cola, Pepsi, rootbeer, Dr. Pepper are not the only things responsible for the obesity epidemic in America, but they certainly contribute. Along with heavily processed food and lack of exercise, soda is one of the greatest enemies of a healthy lifestyle. However, According to an extensive survey, 48% of Americans report drinking at least one glass of soda per day with the average daily consumption at 2.6 glasses. Why is coke so bad and what happens to your body when you drink a can? Read on to find out.

Soda is loaded with harmful dyes, chemicals, and a whopping ten teaspoons of added sugar. High fructose corn syrup, which is prominent in carbonated drinks, has been linked to many devastating health conditions, including obesity, insulin resistance, fatty liver disease, heart disease, and type 2 diabetes. When you drink a can of coke (or other sugary soda) each day, you increase your risk of weight gain, cardiovascular problems, anxiety, dental erosion, and dull, stressed-looking skin.

This unsurprising research, conducted by Niraj Naik of The Renegade Pharmacist and backed by numerous scientific studies explores precisely what happens to your body in the hour after you drink a can of coke…The effects aren’t desirable, to say the least.

10 teaspoons of sugar hit your system. (100% of your recommended daily intake.) You don’t immediately vomit from the overwhelming sweetness because phosphoric acid cuts the flavour, allowing you to keep it down.

Your blood sugar spikes, causing an insulin burst. Your liver responds to this by turning any sugar it can get its hands on into fat. (There’s plenty of that at this particular moment)

Caffeine absorption is complete. Your pupils dilate, your blood pressure rises, as a response your livers dumps more sugar into your bloodstream. The adenosine receptors in your brain are now blocked preventing drowsiness.

Your body ups your dopamine production stimulating the pleasure centres of your brain. This is physically the same way heroin works, by the way.

The phosphoric acid binds calcium, magnesium and zinc in your lower intestine, providing a further boost in metabolism. This is compounded by high doses of sugar and artificial sweeteners also increasing the urinary excretion of calcium.

The caffeine’s diuretic properties come into play. (It makes you have to pee) It is now assured that you’ll evacuate the bonded calcium, magnesium and zinc that was headed to your bones as well as sodium, electrolyte and water.

As the rave inside of you dies down you’ll start to have a sugar crash. You may become irritable and/or sluggish. You’ve also now, literally, [peed] away all the water that was in the Coke. But not before infusing it with valuable nutrients your body could have used for things like having the ability to hydrate your system or build strong bones and teeth.”

According to a study at Yale Rudd Center for Food Policy & Obesity, the majority of Americans understand that sugar-sweetened beverages are bad for them and believe it would be healthy to limit their consumption. So how do you reconcile this fact with the prevalence of excessive soda-drinking?

The key is an addiction. Even though you may not consider yourself a sugar addict, if you’ve tried to eliminate soda from your diet and have been unsuccessful, you could be hooked on the unhealthy drink. It’s not unexpected, either. One pharmacist from The University of Wales said that coke has the same kind of immediate effect on the brain as the illicit drug, heroin.

Fill your diet with nutrient-rich foods that keep you full and begin drinking lemon water or unsweetened sparkling water with fresh fruit flavoring if you need to satisfy your desire for bubbly carbonation. Start by limiting yourself to one can or bottle of soda each week, and soon you won’t want it at all. You’ll begin to lose weight, feel better, and experience clearer skin. All with one simple change. Remember, your moves toward a healthier life don’t have to be drastic and immediate. Little things can make a huge difference and can add up over time. Ditch that soda today…your body will thank you!