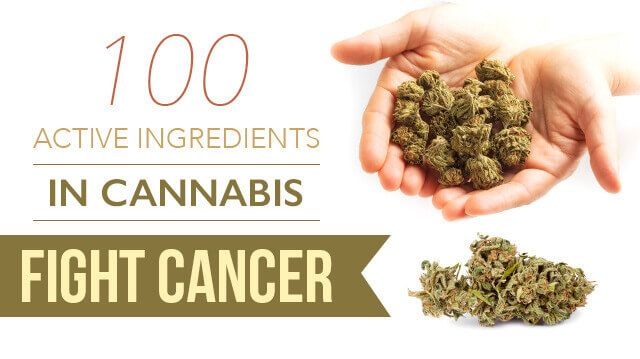 While medical marijuana has been acknowledged as a complementary treatment to manage the side effects of chemotherapy and radiation, only recently have scientists begun to analyze its potential for treating cancer directly.

Marijuana has been used medicinally for at least 3,000 years, and probably longer. Having originated in Central Asia, it was only incorporated into Western medical practice in the 1840s by a British surgeon who learned about its benefits after working in India.

However, since then the medical use of marijuana has become more and more limited. In 1970, it was designated a schedule I drug under the Controlled Substances Act. This lumps cannabis in with chemical drugs such as LSD and heroin, which are considered to have “increased potential for abuse and no known medical use.”

This condemning classification persists, despite dozens of scientific studies that have confirmed the efficacy of using marijuana in the treatment of cancer. In fact, cannabis has been proven to inhibit the growth and spread of at least nine different types of cancer, and the body of research continues to grow.

Cannabis contains at least 100 different types of active terpenophenolic compounds called cannabinoids. These medicinal compounds are most abundant in the female flowers of the plant. Two of these substances, which have been extensively studied, are tetrahydrocannabinol (THC) and cannabidiol (CBD).

These compounds affect receptors in the brain and the immune system, known as CB1 and CB2. Some of the receptors are concentrated on immune cells called B lymphocytes and natural killer (NK) cells, indicating that cannabinoids may work to bolster the immune system against invading cells.

Unfortunately funding is limited for groups wanting to study the anticancer mechanisms of marijuana since pharmaceutical companies generally want to focus on drugs that can be patented. This is why the work of most companies is focused on developing synthetic molecules that imitate the activity of compounds in marijuana, rather than researching or promoting the use of the natural herb.

Currently, a small number of drugs exist that employ marijuana extracts or synthetic forms of the active compounds. However, proponents of herbal medicine point out that the use of the whole plant is usually much more beneficial because there are complementary actions and cofactors that exist in proper ratios in the natural form of a plant. They argue that removing an active compound and using it in isolation can be dangerous since the plant’s other components are not present to mitigate its activity.

Numerous studies have succeeded in investigating the ability of cannabis to fight many different types of cancer:

Other forms of cancer have been investigated. Patients with uterine, testicular and pancreatic cancer may also see benefits from the use of cannabis.

The cannabinoids in marijuana successfully inhibit tumor growth through a variety of mechanisms on a cellular level. They work in at least four different ways:

Specifically, cannabinoids are able to stimulate a particular stress pathway within cancer cells, which activates a process called autophagy — essentially programmed cell death — and results in apoptosis (the death of cancer cells).

Cannabidiol is considered to be the most potent inhibitor of cancer cell growth, although it likely acts in conjunction with other cannabinoids such as cannabigerol, cannabichromene and THC. 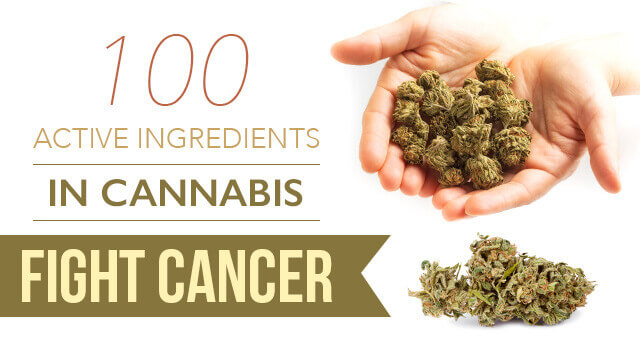 Cannabinoids are able to disarm cancer cells and tumors in all of these ways. Moreover, they not only leave healthy cells unharmed, but they may even provide further protection from damage. One study found that mice treated with toxic chemicals, which were expected to induce malignant lesions in the colon, were protected by the effect of cannabinoids. The cannabidiol exerted a “chemopreventive” effect of stopping any formation of cancerous lesions in the tissue.

This protective effect is thanks to the ability of cannabidiol to shield DNA from harm by oxidation, and also increase the production of helpful chemicals within the body called endocannabinoids. These substances are similar to cannabinoids but they are produced naturally within the body. They are anti-inflammatory and can protect against tissue damage. Thus cannabis supports and encourages the body’s natural healing mechanisms.

Studies have found that marijuana can bolster the action of pharmaceuticals to help fight cancer. Reports indicate that cancer-killing cytotoxic drugs were absorbed into malignant cells more effectively in the presence of cannabinoids, without harming normal human cells. This presents another potential role for cannabis in treating cancer.

The future of cancer treatment with cannabis

The ongoing research around treating cancer with cannabis naturally raises the question of which modes of treatment are most effective. Cannabinoids are not very water soluble and do not travel very far in human tissues. This makes them difficult to deliver to the site of a tumor or to maintain adequate blood concentrations to have an effect.

One Spanish study used THC injected directly into aggressive brain tumors via a small tube. This method is considered too invasive and may carry a risk of infection, so other delivery methods such as tablets, injections and mouth sprays are being investigated.

Marijuana and its active compounds are metabolized differently depending on whether they are absorbed directly into the bloodstream, are eaten or smoked. Whatever methods are used, it is (and will continue to be) important that dosages are controlled and standardized in order to ensure consistent predictable treatment for those dealing with cancer.

This is one reason why we stand behind the legalization of marijuana so that its therapeutic properties may be safely understood and used by everyone who can benefit. Continued restriction of this natural remedy results in a volatile environment where reliable, effective, standardized dosages made from certified high-quality marijuana may be difficult or impossible to procure.

In the meantime, certain progressive states are embracing all of the therapeutic benefits that marijuana has to offer. Have you heard of cannabis yoga classes?

If you’re curious, read more about how to use fresh green marijuana juice for improved health.