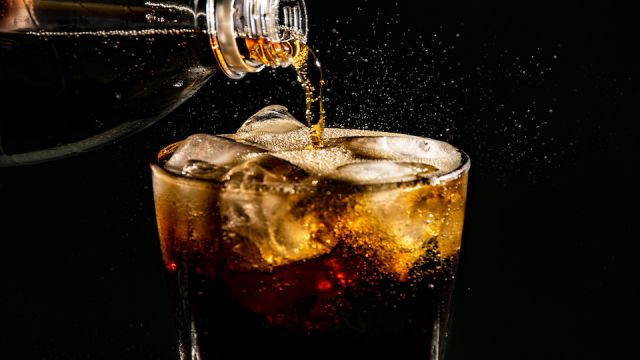 Are you still consuming drinks made with sugar? If so, perhaps a new study published in BMJ might sway you to trade out your soda, sweet tea, or other sugary sweet beverage for something less sinister. According to researchers, there appears to be a connection between sugar-laden drinks and an increased risk of cancer.

What are sugary drinks?

Sugar is a hot topic for researchers

Research on the health implications of sugar is not new. For decades, researchers have been digging in to validate the horrendous impact that overconsumption of sugar has on the human body. The results of this research are no less than staggering. Consumption of sugary beverages has increased worldwide over the last several decades and has been linked with the rise in obesity.

Here are a few things that we already know about sugar, just for a refresher:

Sugar and cocaine cause similar neurological reactions. Sugar, just like cocaine, induces a flood of dopamine and serotonin to your brain. This is one reason why sugar is so addictive.

Sugar can put you at risk for obesity. Sugar has been the target of several studies on obesity. A study published in the journal Obesity (2015) found that cutting sugar from your diet may significantly reduce several metabolic diseases, such as obesity and diabetes, in 10 days.

Sugar boosts insulin, then causes a crash. Insulin will rush from your pancreas and seek out excess glucose from sugar binging. Once the insulin has depleted the excess glucose, your body will then crash after the well-known “sugar rush” is over.

Sugar can make you tired. If you’re a big fan of sugar and you also feel tired daily, then you may be binging on sugar without realizing it. Many people may not really understand how much sugar they are consuming because it has so many different names.

Sugar may also be messing with your cravings. If you are always hungry, thirsty, or are constantly craving more sugar, you may want to take a good, hard look at how much sugar you are actually consuming.

Sugar binges increase blood sugar levels. When your body no longer responds normally to insulin, in instances of obesity, your blood sugar may significantly increase. This could put you at serious risk for developing type 2 diabetes.

Excess sugar pumping through your body can damage vital organs. High levels of sugar in the blood slow down circulation and causes your body’s organs and arteries to work harder than they should. This could create damage to those vital organs and arteries. In fact, eating too much sugar can increase your risk of dying of heart disease even if you are not overweight.

A team of researchers in France wanted to study the relationship between the consumption of sugary drinks, artificially sweetened diet beverages, and the risk of overall cancer along with breast prostate and bowel cancers.

Over 100,000 healthy French adults with an average age of 42 participated in the study. Each participant completed two 24-hour online dietary questionnaires to measure their intake of 3,300 different food and beverage items and were then followed up on for nine years.

Daily intake of sugary drinks and artificially sweetened beverages and first sign of cancer were reported by participants and validated by medical records. Risk factors for cancer including age, sex, education, family history, and smoking were taken into consideration.

It was found that men drank more sugary drinks than women and during the second follow up, 2,193 first cases of cancer were diagnosed and validated including 693 breast cancers, 291 prostate cancers, 166 colorectal cancers with the average age of cancer diagnosis at 59 years.

The sugar and cancer link

Although the consumption of artificially sweetened beverages was not associated with a risk of cancer, study authors warn that caution is needed in interpreting this finding because there was a very low consumption rate.

There are a few possible explanations for the link between sugary beverages and cancer including the fact that sugar contained in sugary drinks adds to visceral fat around vital organs such as the liver and pancreas, blood sugar levels and inflammatory markers, which increases the risk of cancer. In addition, other chemical compounds in soda such as additives may also play a role in increasing the risk of cancer.

According to study authors,

“These data support the relevance of existing nutritional recommendations to limit sugary drink consumption, including 100% fruit juice, as well as policy actions, such as taxation and marketing restrictions targeting sugary drinks, which might potentially contribute to the reduction of cancer incidence.”

Time to put the soda down?