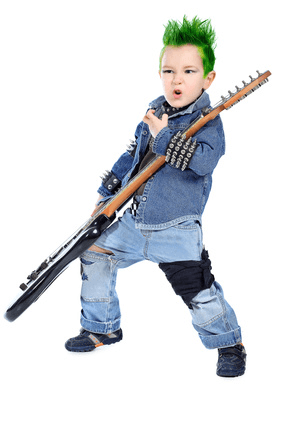 The early years of a child’s life are of upmost importance to brain development. Children are born ready to be taught. According to researchers, 85% of a child’s personality, intellect and skills are cultivated before the age of five.

In order for children to become highly developed and ready for advanced learning, early experiences are essential. There are volumes of research indicating the benefits of introducing second languages early, now it seems that learning another skill, how to play an instrument, can also have a significant impact on early brain development.

A new study published in the Journal of Neuroscience indicates that children who begin musical training before the age of seven, experience strong brain development. Researchers state that stronger connections between the parts of the brain that are responsible for movement are formed if the child is engaged in early music training.

The brain is highly sensitive to musical training between the ages of six and eight. The changes that take place as a result of the training help with planning and carrying out movements. It appears as though normal brain development is enhanced by musical training, resulting in long-lasting changes in brain structure.

Learning to play an instrument early in life results in advanced motor abilities because it requires coordination between the hands along with visual or auditory stimulus. The changes in brain structure create a foundation upon which higher learning can be built.

Two groups of adult musicians, half that began music lessons before the age of seven and half that received lessons after the age of seven, received brain scans. The group who had received musical training before the age of seven, appeared to have a high-degree of white matter in the corpus callosum, the nerve fibers that connect the right and left motor regions of the brain. Additionally, those who started playing an instrument before seven had better timing, even after two days of practice. The brain scans of those who began their training after seven were no different that the brain scans of non-musicians. 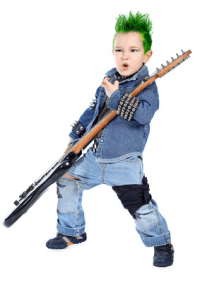 While there is no doubt early learning of language, music or other skills is beneficial, it will not necessarily result in genius capabilities. Researchers were careful to point out that just because a child begins lessons early does not necessarily make them a better musician. While there appears to be significant brain structure changes, and some skills that accompany these changes, musical talent is not based solely on these skills. To be a good musician takes a number of other skills such as communication, passion, commitment and style.

Did you learn to play a musical instrument at a young age?