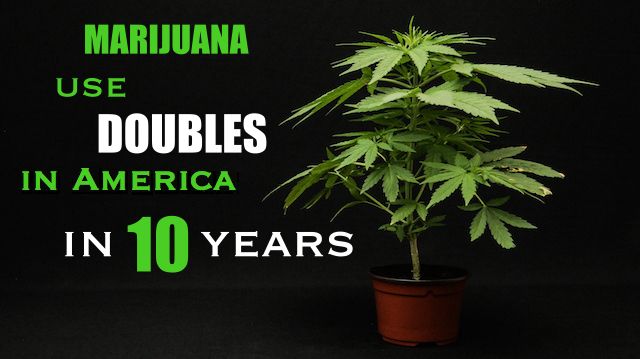 A study published this month in JAMA Psychiatry found that marijuana use is up considerably from data collected between 2001 and 2002. The study conducted by the Department of Psychiatry, College of Physicians and Surgeons, at Columbia University found that the number of people having a toke has doubled in 10 years.

The research was sponsored by the National Institute on Alcohol Abuse and Alcoholism, and involved over 36,000 “face to face interviews.” The data, compiled from the “National Epidemiologic Survey on Alcohol and Related Conditions,” compared marijuana use from 2001 to 2002 and 2012 to 2013. The study found that the percentage of American adults who smoked marijuana was 9.5 percent between 2012 and 2013. This was a significant increase from 4.1 percent recorded between 2001 and 2002.

What does this new data tell us? That Americans are all stoned? Not quite, but the use of marijuana is quickly becoming commonplace in American culture, which is beginning to take on an Amsterdam-like feel. Twenty-three states now allow medical marijuana use and four of those states have legalized marijuana for recreational use.

Laws are changing and the once taboo, negative vibes surrounding marijuana are quickly going up in smoke, giving way to a more accepting attitude toward the plant and a clearer understanding of its medicinal properties. The National Institute on Drug Abuse states that delta-9-tetrahydrocannabinol, or more commonly known as THC, “increases appetite and reduces nausea.” It continues, “The FDA-approved THC-based medications are used for these purposes. THC may also decrease pain, inflammation (swelling and redness), and muscle control problems.” 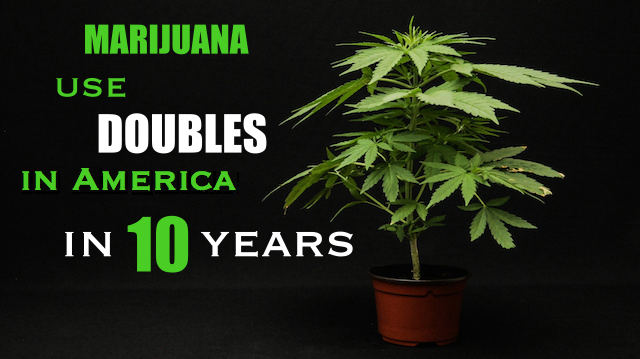 A study published in the Journal of the American Heart Association (2014) analyzed marijuana use and its positive-versus-negative attributes. The study concluded, “In summary, there is clear clinical evidence to suggest a therapeutic benefit of inhaled marijuana for the management of a number of chronic, debilitating conditions. However, clinical evidence also suggests the potential for serious cardiovascular risks associated with marijuana use, including myocardial infarction, serious cardiac arrhythmias, stroke, and even death.”

The legalization of marijuana in states across America is a hot topic, however, it’s hard to refute its growing popularity. As marijuana use becomes more mainstream in America, how do you think it will affect health?