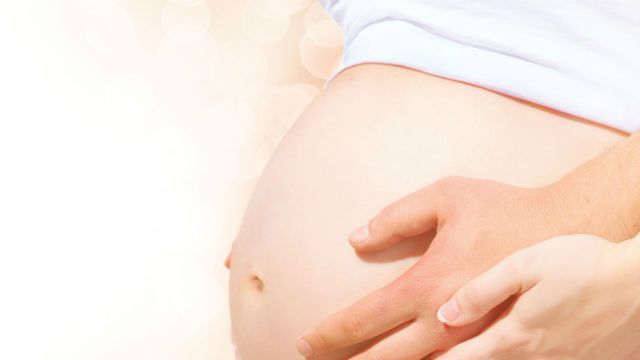 Some fathers-to-be really do develop pregnancy-related symptoms. It’s a real condition known as couvade syndrome, which can include physical symptoms like abdominal pain and bloating, back pain, pseudocyesis (often referred to as “phantom pregnancy”), lethargy, morning sickness, toothache, food cravings and aversions to certain foods.
A 2005 study conducted in London confirmed many of these symptoms. Some of the more prominent psychological symptoms can include include prenatal depression and mood swings, early morning waking, anxiety, poor concentration, distraction and memory loss.

As for the reasons behind it, the experts still aren’t sure. Some say that it’s psychological, and symptoms develop because the man feels “pushed to the side.” Or, it may be a “consequence of the man’s envy of the woman’s procreative ability,” says OB-GYN Michele Hakakha, MD.

Another theory is that it’s physical, because many dads-to-be worry about the huge changes coming in their lives. They may then eat to comfort themselves, or just eat more because their partner is eating more. If this is the case, experts say that the mood swings could be connected to the weight gain. With weight gain comes more fat tissue, which converts testosterone into estrogen.

Hormonal changes are often associated with the display of paternal behaviors along with symptoms like appetite changes, fatigue and weight gain. Additionally, dads may not be sleeping well if the pregnant woman isn’t sleeping well, which can lead to increased stress and more symptoms.

A man’s symptoms typically correlate with the woman’s, following a chronological pattern that begins in the first trimester of pregnancy before temporarily disappearing in the second and then re-appearing in the final trimester. Sometimes symptoms can even continue for a period of time after the baby is born.

Couvade isn’t limited to specific countries, and cases have occurred across the globe. The highest instance is said to be in Thailand, with an estimated 61 percent of men developing symptoms, though this includes everything from mild to extreme symptoms. Studies in the US have indicated that anywhere from 25 to 52 percent of all men with a pregnant partner develop symptoms.

Dr. Hakakha says that the best thing couples can do to alleviate symptoms is to exercise together, enjoy a couple’s massage and talk to each other as well as their OB-GYN about it. She also notes, “women should understand that while he’s not carrying a baby, he’s being sympathetic to you carrying a baby.”