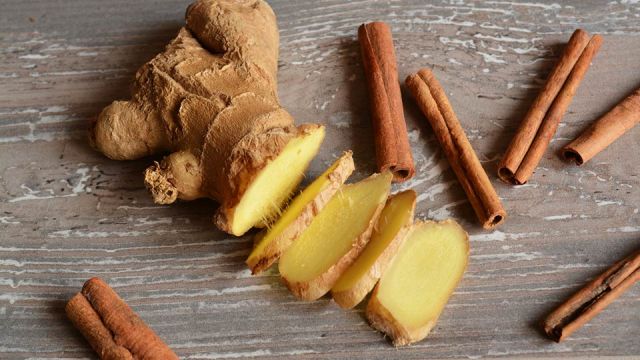 Isn’t it wonderful when the everyday ingredients we use in our cooking — spices, herbs, vegetables and fruits — turn out to be amazingly good for your health? Modern science is constantly turning up new health-promoting secrets of foods we’ve been using our whole lives simply for the flavor and nutrition they provide, and it’s these ingredients that can truly nourish our lives… simply because you’re already eating them!

Two such foods are cinnamon and ginger. Both nutritional powerhouses in their own right, together they create something truly magical. In this article, we’ll examine some of the many scientifically proven health benefits of both cinnamon and ginger, then we’ll dive into an easy, natural drink to keep your blood pumping and the pounds off.

The proven health benefits of cinnamon

Many ancient civilizations, including the Egyptians and the Romans, held great respect for cinnamon as a king of spices and a powerful medicinal ingredient. Ayurvedic medicine, which originated around 3000 years ago and continues to be widely practiced throughout the world to this day, uses cinnamon to enhance the bioavailability of other herbs, thereby making medical formulations that much more potent.

Today, science is uncovering new wonders hidden within this fragrant spice harvested from the bark of a tropical evergreen shrub. Perhaps most famously, multiple studies have shown that cinnamon may be a powerful natural agent for weight loss. It does this by reducing blood glucose concentration and boosting insulin sensitivity.

This means that every time you eat something rich in carbohydrates or simple sugars (hint: these foods make up most of the typical American diet), the resulting blood sugar spike is dampened by cinnamon. This, in turn, can prevent rapid metabolism of sugars to fat, slowing down the rate of weight gain and curbing excessive appetites.

But that’s only just the beginning. Cinnamon contains a compound called cinnamaldehyde, a naturally-occurring substance that has been linked to this stupendous spice’s anti-inflammatory abilities. Cinnamon can also boost brain activity, as indicated by a study that linked chewing or simply eating cinnamon to improved attention, virtual recognition memory, working memory and visual motor-response speed.

Consuming more cinnamon has also been linked to reduced risk and treatment of colon cancer and liver cancer, and has even demonstrated a remarkable ability to prevent tooth decay.

The proven health benefits of ginger

You’d think that’d be a hard act to follow, but ginger makes a very good contender to cinnamon in the health department.

Similar to cinnamon, ginger has been used as a medicinal ingredient for at least 2000 years, and has long been prized for both its flavorful potency and its healing abilities in India, the Middle East, Africa and the Caribbean. The root of the plant contains most of the therapeutic compounds that have made ginger so famous, including the antioxidants gingerol, shogaols and zingerones.

Also like cinnamon, ginger is highly anti-inflammatory. A study in 2001, for example, found that ginger extract effectively treated knee pain in patients with osteoarthritis. Rather conveniently, another study found that both ginger and cinnamon reduced muscle soreness in female athletes. Is this a match made in heaven?

Then there’s ginger’s famous ability to reduce nausea, vomiting, morning sickness in pregnant women, and even motion sickness. Personally, I suffer from motion sickness when I’m traveling long distances in a car, and I always make a point of bringing pure ginger candies (the ones with very little sugar) along to curb my motion sickness — it’s amazing how effective they are!

Even better, ginger is a proven metabolism booster. Research indicates that ginger belongs to a group of thermogenic herbs. These are herbs that increase thermogenesis in the body, whereby a person’s metabolism burns up stored fat to create heat for energy. This means that eating natural thermogenic foods like ginger can boost metabolism by up to five percent, and increase fat oxidation by as much as 16 percent. That’s very good news for folks looking to drop a few pounds.

Now that you know just how powerful cinnamon and ginger are on their own, it’s not hard to imagine just how therapeutic a drink would be that combines both of these amazing ingredients. In addition to regulating blood sugar and boosting metabolism (both critical elements of healthy weight loss), such a drink would potentially increase circulation, help to cleanse the colon of excess waste, cleanse the digestive system of pathogenic bacteria and fungi, ease digestive upset, encourage optimum oral health, and so much more! Who wouldn’t want a piece of that?!

So without further ado, here’s a very simple and effective recipe for making a proven natural weight loss drink.