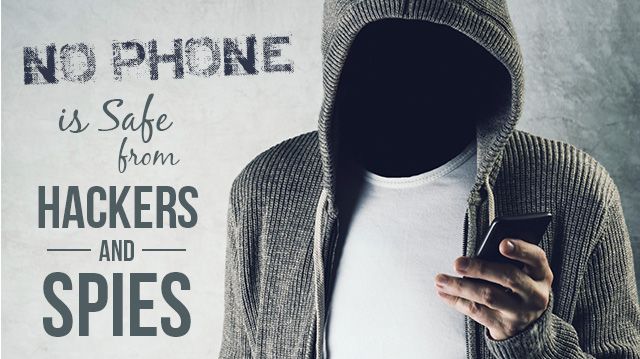 The illusion of privacy is quickly breaking down with a recent revelation that hackers only need your phone number in order to listen in on phone calls, read texts or track your geographic location all through the phone’s network. Not surprisingly, Rep. Ted Lieu (D-Calif.), whose phone was hacked as a demonstration of the flaw, is calling for an investigation.

The Signaling System No. 7 (SS7) is the back-end system that facilitates messages and billing between phone networks. It works well, but it’s flawed. Namely, the system allows remote access to data from anywhere in the world, regardless of security enabled on the device.

That means no password can defend your phone against an attack.

The hack was first demonstrated in 2014 by German security expert Karsten Nohl at a hacker convention in Hamburg. Nohl demonstrated how easy it was to hack into Congressman Lieu’s phone for a special report by CBS News. Nohl was located in Berlin and used Lieu’s phone number to pinpoint the congressman’s location down to a certain section of Los Angeles, record his calls and read his text messages. It appears the only way to safeguard your phone is to turn it off, since the hack occurs on the network side.

“Hackers have proven that they can break into SS7, but security services, including the U.S. National Security Agency, are also thought to use the system to track and snoop on target users,” wrote The Guardian reporter Samuel Gibbs.

In response to the fight between the government and Apple CEO Tim Cook, WhatsApp announced earlier this April that it rolled end-to-end encryption out to its over 1 billion users for all devices: Android, iPhones, Windows, Nokia and Blackberry phones. That means only the sender and receiver of a text, file, video or photo will be able to see the content while using the app. The encryption even blocks WhatsApp employees from viewing the data. Because WhatsApp’s encryptions occurs on the network side, these messages are safe from the hack, which is reassuring for those who value privacy.

These days, the federal government has unprecedented access to our personal lives. All someone would have to do is look at our Facebook page, Instagram feed, Twitter feed or, as it turns out, use our phone number to find out where we’ve been, where we’re going and even what we plan to cook for dinner. That amount of access is unreasonable. If you know that hackers have been listening in to our calls since 2014, the government has used the technology in its favor, too.

Here’s hoping Congressman Lieu can drum up support for the investigation.