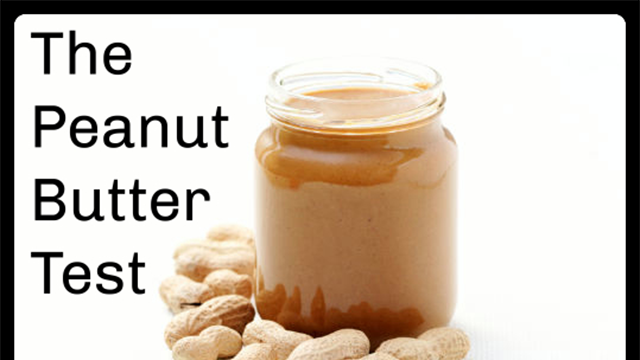 At this very moment, there are over 5 million Americans living with Alzheimer’s disease. As we know—some of us all too well—this condition can cause extreme suffering both for the affected individuals and their loved ones.

Because there is no “cure” for this debilitating disease, early detection is key so that symptoms can be addressed, and hopefully prevented from worsening. However, as Dr. Dylan Wint of the Cleveland Clinic Lou Ruvo Center for Brain Health explains:

“The accessibility of current Alzheimer’s tests is one of the issues that is making diagnosis and research difficult. The amyloid PET scan can cost $5,000 and that is just to figure out who should be studied in any Alzheimer’s study for early-stage diagnosis.” Another test involves a spinal tap—which can be scary, somewhat painful, and also expensive.

However, there has recently been a significant breakthrough by researchers at the University of Florida which may help to detect Alzheimer’s early without the pain and sky-high bills. The main ingredient? A plain old jar of peanut butter.

The researchers did not know during the experiment which subjects had been diagnosed, and which had not. The experiment itself consisted of measuring how far away a jar of peanut butter had to be from the nostrils of the subjects before they could smell it. The test was performed on one nostril at a time, with a switch after a 90-second break.

When results were analyzed and researchers compared the smell sensitivity of the subjects to their Alzheimer’s status, they found that those who had been diagnosed with Alzheimer’s had a significantly poorer sense of smell in their left nostril. In fact, in these individuals, the jar of peanut butter had to be placed 10 centimeters closer to the left nostril than the right in order for them to smell it.

On their results, the study authors wrote, “this non-invasive and inexpensive left–right nostril odor detection test appears to be a sensitive and specific test for probable AD [Alzheimer’s disease].”

Regarding practical applications of this test, which is hypothesized to be effective because of temporal lobe shrinking beginning in the left side of the brain in Alzheimer’s patients (hence the desensitization of the left nostril), Stamps said in a statement:

“At the moment, we can use this test to confirm diagnosis. But we plan to study patients with mild cognitive impairment to see if this test might be used to predict which patients are going to get Alzheimer’s disease.” If this dreaded disease could be detected early with such ease, this would be a big step forward.

When it comes to Alzheimer’s disease, the limitations of medical options have many people seeking a natural approach. As we have previously reported, both coconut oil (is there anything it can’t do?) and cannabis have been linked by some research to be beneficial to those living with Alzheimer’s. If you or someone you know has been diagnosed with this condition, it may be worth it to do some research on both of these—and to talk to a health professional you trust about all of your options.

As far as prevention goes, the best thing you can do to up your odds of keeping any disease away is to lead the healthiest lifestyle you can. This means whole, nutritious foods cooked and prepared with care, regular exercise, actively relieving stress, and getting quality sleep—to name the basics.

On top of that, check out our guide to a few foods and drinks that may help keep your brain in top shape—two of these you’re especially gonna love!

We’ll keep you posted on the peanut butter smell test—the future applications of this research may be far-ranging, indeed.