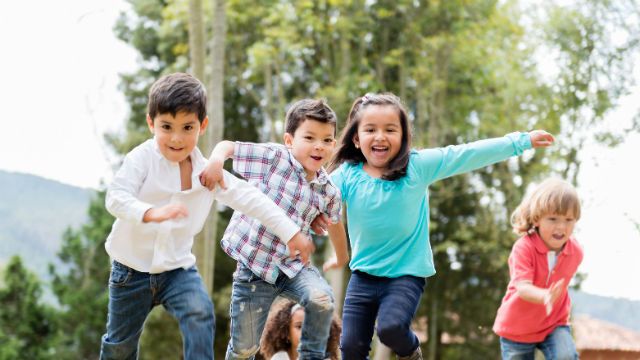 Being physically active on a regular basis is known to offer a seemingly endless number of health rewards, but a recent study conducted by the School of Kinesiology and Health Studies has found yet another benefit.

Lead researcher and professor Dr. Brendon Gurd, says that just four minutes of physical activity can improve behavior in the classroom, such as inattentiveness or fidgeting, in elementary school students.

Dr. Gurd commented, “While 20 minutes of daily physical activity (DPA) is required in Ontario primary schools, there is a need for innovative and accessible ways for teachers to meet this requirement. The time crunch associated with the current school curriculum we thought that very brief physical activity breaks might be an interesting way to approach DPA. We were particularly interested in what effects a brief exercise bout might have in the classroom setting.”

For this study, students took part in a brief, high-intensity interval exercise referred to as “FUNterval.” This involved active tasks such as “making s’mores,” where students would lunge to “collect firewood,” “start the fire” by crouching and exploding into a jump, followed by jumping to “roast the marshmallows” to make their S’more. Each activity reportedly moves through a 20-second storyline of quick, enthusiastic movements followed by 10 seconds of rest for eight intervals, according to Science Daily.

The Grade 2 and Grade 4 students were taught a class and were then given an active break, performing a FUNterval, or a non-active break, where they’d learn about different aspects of healthy living, alternating days for three weeks. After each break, observers in the classroom noted instances of “off-task behavior.” They found that following a four minute FUNterval, there were fewer off-task behaviors observed in the 50 minutes of teaching than if students completed the non-active break.

The study underlines the fact that even brief periods of intense exercise can offer a wealth of rewards for all of us, but for teachers who would like their students to pay closer attention in class, incorporating physical activity into the schedule may be the best way to do just that.