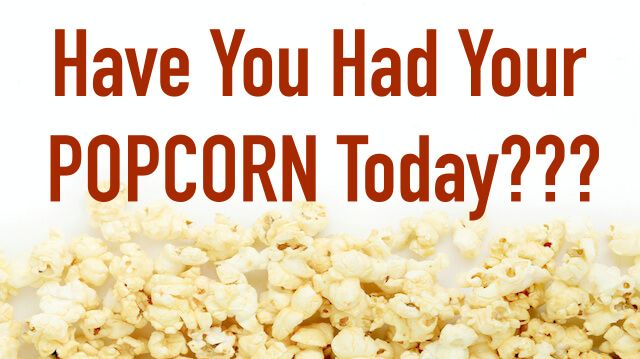 It’s summertime, and sweet corn will soon be ready for harvest. One of our absolute favorite ways to enjoy this delicious veggie is to whip up a bowl of freshly-popped, organic popcorn. Now, some of you may be confused by the notion of popcorn as a health food — but that’s probably because you’ve likely never had the real thing!

Corn, which can be considered both a vegetable and a grain, has a rich history dating back to ancient times. It was a staple in the Aztec, Mayan, and Inca civilizations — to name just a few of the oldest and most famous. Corn comes in many colors, including white, yellow, black, and red, but most these days are white (which is sweeter) or yellow.

When kernels are heated in oil, magic happens, and the resulting popcorn has been enjoyed for centuries — not only for its flavor, but also for its nutritional value.

Corn is high in fiber, which helps with digestive regularity, keeps you feeling full throughout the day, is crucial for a healthy heart, and may even help to protect against colon cancer. Because of its high fiber content, eating popcorn may help to promote healthy gut bacteria — which are essential for not only digestion, but also for a healthy immune system.

Yellow corn is rich in carotenoid antioxidants, including lutein and zeaxanthin, which not only help to protect eye health, and may guard against age-related macular degeneration, but they also work to combat system-wide inflammation, which may underlie a number of chronic diseases.

Corn is rich in B-vitamins, including vitamin B3, B6, folate, and pantothenic acid. B-vitamins are essential to regulating bodily processes across multiple systems. Just two examples of these are the production of energy and the metabolism of various nutrients.

Vitamin B3, also known as niacin, has been studied for its potential to help naturally ease depression, making popcorn a “comfort food” in the literal sense.

Corn contains phosphorus, a mineral that aids in supporting healthy bone function, as well as the function of many types of cells throughout the body.

Manganese, another mineral found in corn, not only supports healthy bones, it also plays a part in regulating blood sugar, and is instrumental in promoting healthy skin.

Munching on a bowl of organic popcorn provides a great alternative to other less-healthy snacks, and because it is high in fiber, may reduce cravings for these snacks, as well.

Adorning your popcorn with organic grass-fed butter, and unrefined sea salt also gives you the benefits of these two important foods.

When making popcorn, the type of kernel you start with really does matter. Always look for organic popping corn, and make sure there are no additives (or any other ingredients, for that matter), on the ingredients list. If you can get your corn fresh from a local source, that’s all the better.

Why is choosing organic corn so important when it comes to popcorn, and corn in general? One reason is widespread genetic modification. In 2012, Monsanto released GMO sweet corn into the US food supply. Since there is still no mandatory labeling of GMOs in most of the United States, you may not know when you are eating it.

This corn, known as Bt (Bacillus thuringiensis) corn, is genetically modified to produce an insecticide to destroy pests when they ingest the corn. This insecticide is present in every part of the plant. Bt corn is also modified to be resistant to Roundup — the pesticide most commonly sprayed on cornfields. Roundup has recently been classified as a “probable human carcinogen.”

When Bt corn was first released, the public was assured that the Bt toxin would not make its way into the human digestive system. However, a 2011 study performed at the University of Sherbrooke Hospital Centre in Sherbrooke, Quebec tells a different story.

The engineering of the Bt toxin into corn may also present a significant threat to the environment, and in fact, the entire food chain. A 2005 study published in the journal Molecular Ecology found that not only “targeted pests” were being harmed by the planting of Bt corn, the toxin also exposed other creatures on the food chain to the toxin. The study authors wrote:

“These data indicate that long-term exposure to insecticidal toxins occurs in the field. These levels of exposure should therefore be considered during future risk assessments of transgenic crops to nontarget herbivores and arthropod predators.”

Another study, published in 1999 in the journal Nature, found that the Bt toxin leaches from the modified plants into the soil. The authors of this study wrote:

“Bt corn is corn (Zea mays) that has been genetically modified to express insecticidal toxins derived from the bacterium Bacillus thuringiensis to kill lepidopteran pests feeding on these plants. Here we show that Bt toxin is released into the rhizosphere soil in root exudates from Bt corn.”

Unfortunately, today, Bt corn is widespread. It can be found among fresh corn, frozen and canned corn, within many processed products (especially those with high fructose corn syrup), and even in some innocent-looking roadside stands. This makes choosing organic corn of the utmost importance if you wish to avoid this toxin. 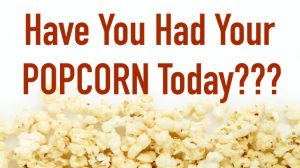 The type of oil you use matters (and the type of salt, too)

Aside from choosing organic corn, in order to make your popcorn as healthy as can be, you need to choose the right oil and salt. Stay away from highly processed oils, such as soybean oil, canola oil, and vegetable oil, which come under the guise of being healthy — they are anything but.

For just a few examples as to why, about 90 percent of canola oil is genetically modified. It also contains an unbalanced ratio of omega-6 to omega-3 fatty acids, potentially contributing to inflammation. Inflammation, left unchecked, can lead to a host of chronic illnesses, ranging from skin issues all the way through to cancers. On top of that, some canola oils have been found to contain harmful trans fats.

Soybean oil is also highly processed, and the oil is often extracted from the soybeans using commercial solvents such as hexane. This oil is often hydrogenated, which leads to the development of trans fats. Trans fats have been strongly linked to weight gain, inflammation, and metabolic syndrome.

The absolute best oil choice for making your homemade, organic popcorn is organic virgin coconut oil. This oil is loaded with health benefits and nourishes all of your body’s systems. Top your popcorn with organic grass-fed butter and a sprinkle of sea salt.

Sea salt is key because table salt is highly processed, and sometimes contains traces of chlorine and other chemicals. Yuck! Best to stick to the real, unrefined thing!

Whatever you do, stay away from microwave popcorn!

The bags used to house microwave popcorn are often treated in Teflon, officially known as fluorotelomer. The chemicals used in this coating may combine and metabolize to form perfluorooctanoic acid (PFOA), which may be carcinogenic.

On top of that, the popcorn kernels used in microwave corn are often grown with the use of a series of pesticides — many of which may contain both neurotoxins and endocrine-disrupting chemicals — to name only a few potential poisons.

How to make your own super-healthy popcorn

So, what’s the secret to perfect, healthy popcorn? It’s simple! Start with organic popping corn, pop it on the stove using organic virgin coconut oil, then top with organic grass-fed butter and some unrefined sea salt, such as Himalayan salt. Voila! — a perfect snack! Check out our recent Alternative Daily Podcast where we talk about making the perfect popcorn!

Note: If you have blood sugar issues, make sure to check with your doctor first to determine how much popcorn is safe for your individual health as corn is a naturally starchy food. However, if you’ve got the medical go-ahead, enjoy!