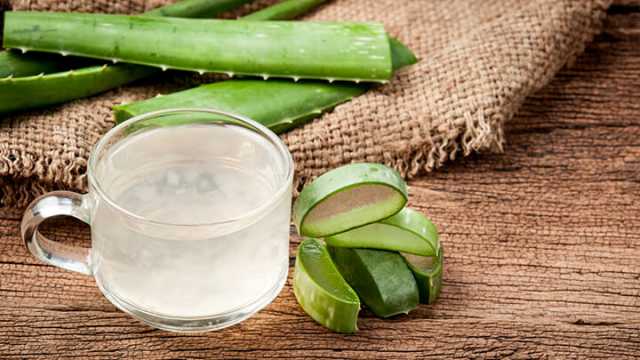 Everyone knows about the wondering healing benefits of aloe vera gel. It can soothe sunburn, relieve dryness and itching, heal cuts and abrasions, and even promote the healing of bedsores! With such a wide range of topical benefits, it should come as no surprise that aloe vera and aloe vera juice are fantastic for your insides as well.

Drinking aloe vera juice provides a wide range of health-promoting effects, owing primarily to its ultra-hydrating and highly anti-inflammatory abilities. Here are 20 reasons why you need to drink aloe vera juice, along with rubbing it on your skin!

Aloe vera has a strong detoxifying effect, both when applied topically and taken internally. Experts think that it is the viscous consistency of the aloe juice which is responsible for this beneficial effect. It helps aloe to absorb and expel the toxins from your digestive tract as it passes through. The scientific literature seems to agree. One study showed that aloe vera supplementation protects against arsenic-induced oxidative stress.

We rely on a functioning immune system to protect against attack and infection from the microscopic world that surrounds us. Drinking aloe vera juice can help to boost your immunity by providing high levels of polysaccharides. These compounds help our bodies to produce macrophages. These are an important element of our immune system which defend against viral infection and other harmful invasions.

By now, you’ve probably heard about the great benefit that alkalizing foods can provide to your general health. Many traditional and holistic practitioners believe that bodies which are overly acidic are at greater risk of infection and disease. Therefore, eating more alkalizing foods can significantly improve a person’s chance of staying happy and healthy. Drinking aloe vera juice can have an alkalizing effect on your digestive system. According to those practitioners, this is more good news for your health! 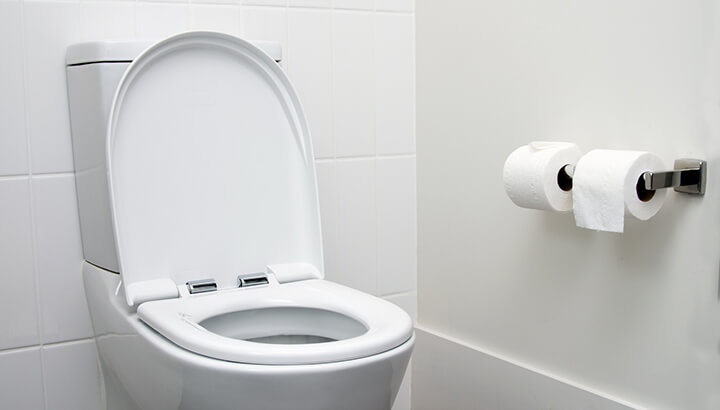 Aloe vera juice has long been a traditional and mainstream method of relieving constipation. Because it has a strong laxative effect on your digestive system, aloe vera juice can provide an effective way to overcome short-term constipation. Just don’t go overboard! Aloe vera can have a mildly toxic effect in high doses.

The scientific evidence shows that aloe vera juice can provide a powerful natural treatment for diabetes. A study published in the Journal of Phytomedicine found that aloe vera juice “significantly reduced levels of fasting blood glucose within two weeks and of triglycerides within four weeks.” Researchers went on to conclude that “the results support the use of aloe vera in the treatment of diabetes.”

The hydrating powers of aloe vera gel are legendary, making it the go-to natural remedy for sunburn, burn wounds and dry skin. These powers work the same way inside your body when you drink aloe vera juice. It helps to replenish the cells in your body, provide vital nutrients and moisturize your skin from the inside out. 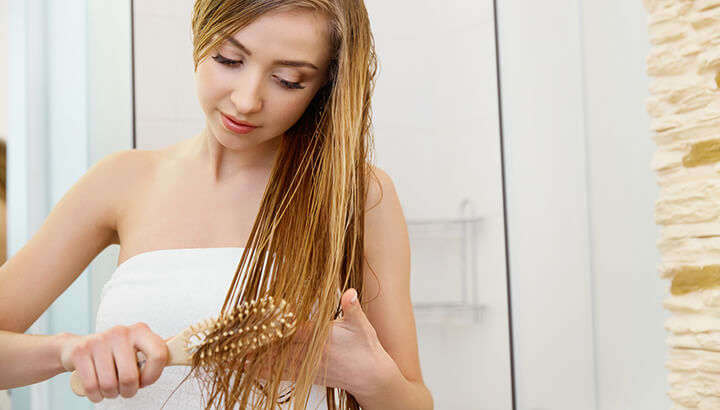 If you’re having trouble achieving the long, silky hair that you’ve always wanted, aloe vera juice may be just the thing. Drinking aloe helps to keep your pH balance within a healthy range to boost growth and help your hair follicles retain moisture. Not only that, you can combine the internal hair-supporting benefits of aloe vera juice with the external benefits of aloe vera gel. Apply the gel directly to your scalp. It will help to remove dead skin cells and clear up excess sebum, both of which can contribute to hair loss or poor hair health.

The healing powers of aloe vera juice even benefit the health of your gums. Drinking aloe vera juice helps to reduce inflammation in the mouth and simultaneously eliminate harmful bacteria. Inflammation of the gums can cause all kinds of problems, including pain and swelling of the areas around your teeth. Harmful bacteria can infect your gums and contribute to various kinds of gum disease, which is not something you ever want to deal with!

Studies also show that the healing powers of aloe vera extend well beyond the gums. Aloe vera is a commonly prescribed dental remedy due to its antimicrobial and anti-inflammatory abilities. Research shows that aloe vera juice and gel can:

Drinking aloe vera juice, along with direct topical application of aloe vera gel, is an excellent way to improve the health and appearance of your skin. It hydrates the skin cells and provides a wide range of vitamins and nutrients. This helps reduce skin inflammation, fight off harmful bacteria, and keep your skin looking and feeling supple and elastic. This means that aloe vera can be a great way to get rid of stubborn acne and other blemishes.

Due to a Western diet composed of nutrient-deficient carbohydrates and inflammatory processed foods, many people are lacking in the vitamins and minerals they need to support a healthy body. Drinking aloe vera juice can help with this. It provides one of the widest ranges of vitamins of any natural food. These include vitamins A, B1, B2, B3, B6, B12, C and E. Aloe vera juice also provides high levels of folic acid and choline.

The mineral content of aloe vera juice is also nothing to scoff at, providing considerable concentrations of calcium, sodium, potassium, selenium and iron. Combine those with healthy fatty acids and a range of essential amino acids, and you’ve got one seriously healthy beverage. 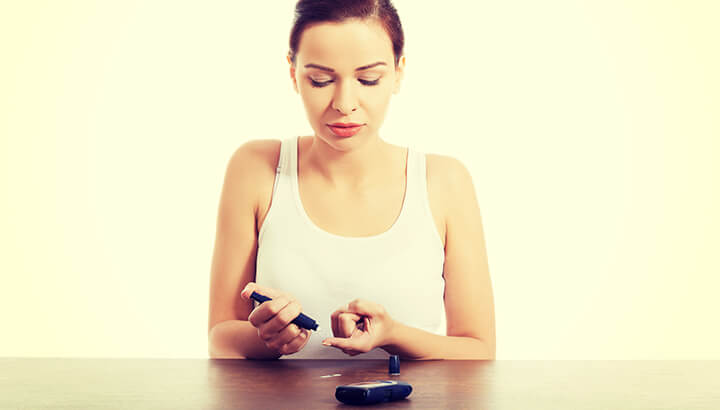 If there’s one thing that aloe vera has received the most scientific praise for, it’s blood sugar regulation. Multiple studies indicate that aloe vera can have a positive effect on blood health and the management of blood glucose, which has significant implications for those suffering from diabetes.

A 2001 study found that aloe vera pulp extracts showed hypoglycemic (blood sugar-lowering) activity on diabetic rats. A 2006 study led researchers to conclude that “aloe vera gel and phytosterols derived from aloe vera gel have a long-term blood glucose level control effect and would be useful for the treatment of type 2 diabetes.”

Aloe vera juice has long been used as an effective natural remedy for digestive issues. The natural fiber contained within aloe vera can help to stimulate regular bowel movements and keep your digestive system moving along as it should. Drinking aloe vera juice may also reduce acid reflux by soothing the digestive issues in your stomach. It can even help to rid your gastrointestinal tract of parasitic worms on account of its vermifugal abilities. Added together, the collective healing powers of aloe vera juice mean it is a great short-term remedy to many digestive problems.

Inflammation is widely regarded as the leading cause of most major autoimmune diseases. Inflammation can come in many forms, such as from a physical injury or from your body’s autoimmune response to inflammatory foods such as sugar, nightshades, processed foods and many vegetable oils.

To combat this, simply drink aloe vera juice. The organic compounds and antioxidants make it highly anti-inflammatory. This provides a great way to keep inflammation to a minimum both inside and out.

Aloe vera juice may help you to lose weight. Research indicates that aloe vera juice contains a substance called beta-sitosterol, a compound which can combat heart disease and lower cholesterol in the blood. Not only that, the beta-sitosterol and other phytosterols found in aloe vera can also increase fat loss. This was demonstrated in a 2008 study, which showed that “aloe vera-derived phytosterols could reduce visceral fat accumulation.”

Part of the weight-balancing effects of aloe vera may be due to its digestion-supporting abilities. More regular bowel movements and less gastrointestinal irritation from drinking aloe vera juice can mean less bloating and a slimmer waistline.

We live in a toxic world, where synthetic chemicals and artificial food ingredients accumulate in our bodies and begin to take their toll on our energy levels. By cleansing your digestive system and hydrating your cells, drinking aloe vera juice can help to cleanse your body of toxins and have you feeling more energetic in no time.

Aloe vera juice increase fibroblast function within your body. Fibroblasts are a specific kind of cell within our bodies which are responsible for collagen formation. Collagen is vital for skin, muscle and tissue health, so drinking aloe vera juice can help to soothe irritation within the body and ensure healthy cells. 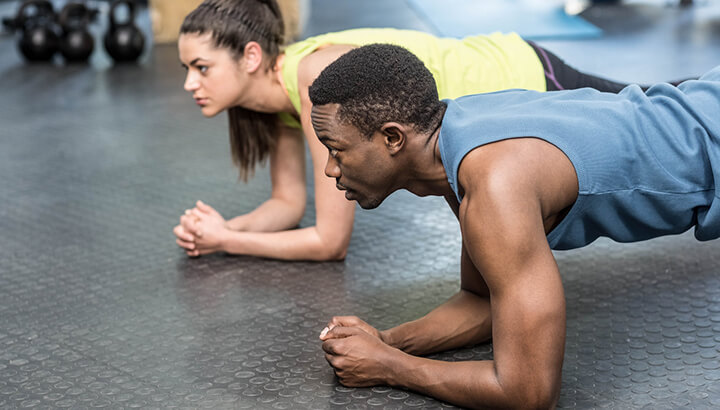 The amino acids found in aloe vera can actually provide vital building blocks for your body to regenerate itself. Amino acids are the foundation of our genetic structure, however, many of these acids cannot be made within the human body. That’s where aloe vera juice comes in. It provides a number of amino acids which we can only get from food. These compounds help your body to stay in top-top shape.

Aloe vera can improve the bioavailability and utilization of certain essential vitamins within your body. A 2003 study found that aloe vera supplementation can increase the absorption of vitamins C and E, and ensure they are absorbed slower and more steadily into the bloodstream. According to the researchers, aloe is the “only known supplement to increase the absorption of both of these vitamins and should be considered as a complement to them.”

There seems to be no end to the health benefits that aloe vera can provide! This time, research suggests that drinking aloe vera juice may even slow the progression of certain cancers. A 1998 study published in the Journal of Natural Immunity found that twice-daily oral administration of aloe vera helped to halt the progression of a number of patients suffering from metastatic cancer. According to the study, the percentage of individuals surviving one year later was significantly higher in the aloe vera group than the placebo group.

Research shows that drinking aloe vera juice may lower your risk of developing ulcerative colitis and other inflammatory bowel diseases. A 2004 study found that test subjects suffering from this disease who took aloe vera for four weeks had a significantly higher rate of improvement than those who were given only a placebo.

Still not convinced? Here are five more reasons why aloe vera is the bee’s knees.