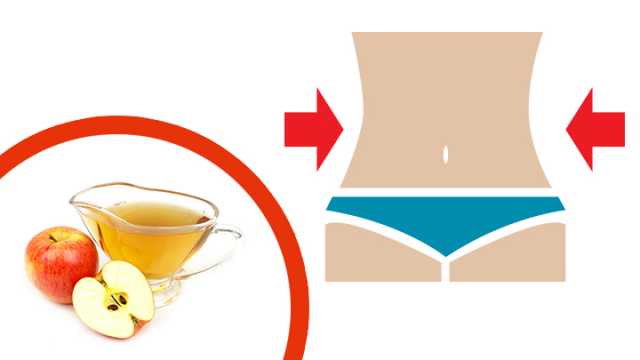 By now you’ve probably heard, vinegar — particularly apple cider vinegar — is a “cure-all” of sorts. Apple cider vinegar (ACV) seems to take food and nutrition to a whole new level. ACV is one of the oldest remedies in the world, so it’s not exactly a health fad. But, will this superfood really supercharge your health like so many health experts claim?

Like most health foods, there’s a right way to maximize benefits. So, let’s dig a little deeper into the science behind this health elixir and see if it lives up to the hype.

Recommended by health professionals for decades

In the early 1900s, Dr. Paul C. Bragg started promoting the many benefits of ACV. Since that time, ACV has made a resurgence in the health community as an antidote for several internal and external ailments including nail fungus, acne, acid reflux, high cholesterol, weight gain and even diabetes. Not surprisingly, it’s been recommended by leading chefs, athletes, Hollywood stars and health professionals. But what exactly makes this fermented vinegar such a nutritional powerhouse?

The benefits of ACV are thought to come from healing compounds like acetic acid, potassium, magnesium, probiotics and enzymes. Let’s break that down further. ACV is made by crushing fresh apples. The cider is then exposed to yeast, which ferments the sugar and turns it into alcohol. Bacteria is added, which further ferments the alcohol, turning it into acetic acid. The result is a rich, brownish liquid with a signature sharp flavor and aroma that some have grown to love — others not so much.

Acetic acid or “vinegar acid” is produced and excreted by certain bacteria when foods and fruits — like apples — begin to spoil. What’s interesting about acetic acid is its antibacterial and antifungal properties, according to PubChem, which has the ability to kill dangerous bacteria. Yet, at the same time, acetic acid promotes good or beneficial bacteria. It’s for this reason that ACV works for the skin, digestion and immune system without side effects.

When ACV is raw, unfiltered and organic (like Bragg’s) naturally occurring strand-like chains of protein enzyme molecules — called mother — form. This murky substance is highly regarded for its probiotic and immune-boosting properties.

Start your meal with two tablespoons of ACV

Proponents (like Dr. Oz) recommend mixing one or two tablespoons of ACV in a glass of water and drinking it before meals. One of the main benefits is that it fights obesity and aids in weight loss. An animal study published in the Journal of Agriculture and Food Chemistry fed mice a high-fat diet along with acetic acid — ACV’s main component. Researchers found that the mice had 10 percent less body fat than control rodents. Researchers concluded that acetic acid turns on genes that trigger enzymes, breaking down fat and thus preventing weight gain.

To further explore this effect in humans, Japanese scientists conducted a study on obese adults with similar body weights and waist measurements. Participants were divided into three groups. Every day for 12 weeks, one group drank half an ounce of apple cider vinegar. Another group drank one ounce of apple cider vinegar. And the third group drank no vinegar. Researchers found that those who drank vinegar had less belly fat, lower triglycerides and waist measurements. In addition, they had a lower body weight and BMI, compared to the group that did not drink vinegar.

Here are more reasons to drink ACV before meals:

Drinking one to two tablespoons of apple cider vinegar before a meal may be beneficial for digestive health. Researchers conducted a study on mice with ulcerative colitis. They fed the mice ACV in their drinking water. Researchers found that because of the acetic acid the mice had higher levels of good bacteria in their guts, such as Lactobacillus and Bifidobacterial, reducing symptoms of the gastrointestinal disease.

Also, for those who frequently suffer from gas after meals, ACV is one of the best remedies. Drinking ACV before a meal is a natural remedy for gas and bloating, thanks to its rich enzymes that boost the digestive system.

ACV before a breakfast, lunch or dinner may also help those who need a little help with less snacking throughout the day. Although not scientifically proven, many people who consume ACV before meals tend to feel full faster and stay satiated for a longer period. On that note, ACV can also help reduce sudden cravings for sweet foods.

A study reported in the European Journal of Clinical Nutrition showed that the addition of vinegar in a carbohydrate-rich meal lowers glucose and insulin response in healthy individuals. How this happens is somewhat unclear though. Researchers divided 16 patients of the same age and gender with type 2 diabetes into two groups. The first group was given a high-glycaemic index meal of mashed potatoes and low-fat milk on two different days, one with and one without the addition of vinegar.

The second group was given a meal consisting of similar calories and nutrient composition, but with a low GI (whole grain bread, lettuce and low-fat cheese). Glucose and insulin values were measured every 30 minutes for two hours. Researchers found that glucose levels lowered after the addition of vinegar. Insulin values also reduced, but the difference was marginal. The study concluded that taking ACV with high-GI meals reduces glycemia in patients with type 2 diabetes.

Since ACV is high in is acetic acid, it’s thought to increase your body’s ability to absorb important minerals from the foods you eat. That means that drinking one to two tablespoons of vinegar in water just before a meal may improve your body’s ability to absorb the essential minerals from foods, allowing you to get the most benefits from eating whole foods.

Side effects and warnings

ACV helps prevent blood sugar spikes by reducing the rate at which food leaves the stomach and enters the lower digestive tract. This slows down absorption into the bloodstream. But, for those suffering from type 1 diabetes, this effect may worsen symptoms of gastroparesis. Gastroparesis (delayed gastric emptying) is a common condition in people with type 1 diabetes, according to Authority Nutrition.

A 28-year-old woman who drank eight ounces of ACV diluted in water daily for six years was admitted to the hospital with low potassium levels and other abnormalities in blood chemistry. The woman was also diagnosed with osteoporosis, a condition rarely seen in young people. Doctors who treated the woman concluded that the large daily doses of ACV led to minerals being leached from her bones to buffer the acidity of her blood. Doctors also noted that high acid levels reduced the formation of new bone. An earlier study also found significant tooth erosion linked to drinking large quantities daily of ACV.

Before you start to drink vinegar as an alternative therapy, consult with your doctor or pharmacist about the medication you are taking to prevent any negative interactions, which are usually associated with larger doses of ACV.

Add it to your starter salads

If drinking ACV is not palatable then you can always add it to your starter salads. Simply whisk together one tablespoon of ACV, one tablespoon of lemon juice, minced garlic, ground black pepper to taste, and whatever other seasonings you like. Drizzle over leafy greens or even cooked veggies.

Just remember, ACV may not be a “cure-all.” But, when taken before a meal, it can help you eat less, absorb more nutrients and improve your digestive health. And that’s definitely worth a shot.