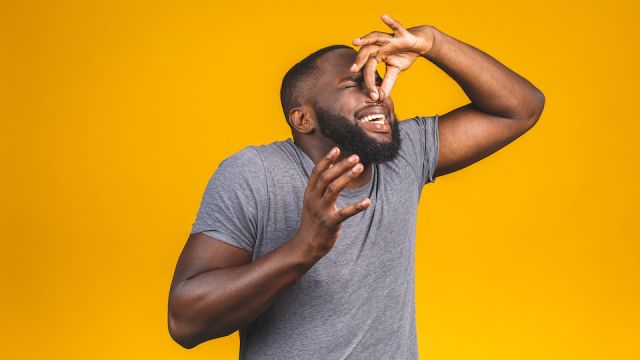 Beans, beans, they’re good for your heart. The more you eat them, the more you fart. The more you fart, the better you feel. So eat your beans with every meal. Most of us remember this little chant that was so much fun to repeat when we were little. No one will dispute the health benefits of eating beans, but does farting really make us feel better, and is it always a good thing? Let’s dig a little deeper into a few fart facts that most people probably don’t know.

Farts do carry germs but only if one condition is met

The germ thing is not really a big deal unless you run around farting in the nude. The British Medical Journal from 2001 includes a response from Dr. Karl Kruszelnicki to a nurse who questioned whether farting in an operating room was a bad thing.

“It all started with an inquiry from a nurse. She wanted to know whether she was contaminating the operating theatre she worked in by quietly farting in the sterile environment during operations, and I realized that I didn’t know. But I was determined to find out.”

The doctor decided to conduct an experiment whereby he asked his colleague to fart into two Petri dishes from 5 centimeters away, fully clothed the first time, and naked the second time. What he discovered was that the second petri dish grew two types of bacteria that are generally found only on the skin and in the gut. No bacteria was discovered in the first dish, which suggests that clothing acts as a barrier to bacteria. When naked, with no clothes to capture the fart, the velocity of the fart blows skin bacteria from the cheeks into the dish. The good news is that bacteria blasted from the fart is not dangerous; in fact, it is the same bacteria that is found in yogurt. The takeaway here is, it’s best not to fart naked near food!

Have you ever met someone who says that they don’t fart? If you have, tell them that’s a big fat lie. Everyone farts, maybe you are a sleep farter, that’s a thing too. At any rate, whether you know it or not, you fart. The average person farts 14 – 22 times in a 24 hour period. People who fart more than 25 times a day may have lactose intolerance, irritable bowel syndrome, or other digestive issues.

You can buy fart filtering underwear

If you are a big farter and worried about your reputation, the good news is that you can now buy underwear that filters out the stinky smell of rectal gas. A UK company designed both boxers and briefs that trap the odors. Another option is to place a carbon filtered pad in your underwear. A study published in the American Journal of Gastroenterology found that odor-absorbing briefs are effective at removing 77% of fart smell.

When you chew gum, you swallow air, and this act alone can cause you to pass more gas. Sometimes you will burp the gas out, and sometimes it makes its way down into your intestines and causes you to fart. Additionally, gum that contains sorbitol, xylitol, or other indigestible sugars breaks down and causes gas and bloating. Consuming too many sugar alcohols can also cause diarrhea and gastrointestinal discomfort.

Only 1% of your fart actually smells

Even though it may smell really, really foul, 99% of most farts are actually odorless gases like carbon dioxide, hydrogen, nitrogen, oxygen, and methane. This means that the 1% that is left is hydrogen sulfide…wow, that’s pretty strong.

If you fly frequently, you may experience HAFE or High Altitude Flatus Expulsion – a problem also experienced by climbers at high altitudes. Changes in cabin pressure can cause air within your intestines to expand, which leaves you bloated and gassy. The fact that almost 50 percent of cabin air is recycled, which means the stench of high altitude farts will linger for longer. To reduce the likelihood that you will have a gassy situation high above the ground, avoid foods that commonly cause gas such as eggs, beans, and cruciferous vegetables.

Sex farts are sexy to some

Sex farts are common and often a mood killer, but not always. Research suggests that dropping a fart during sex (eproctophilia) can actually fuel the mood. A study from the University of California San Francisco – East Bay found that 43% of women experienced “flatal incontinence” within the last 3 months, but it did not stop them from having sex.

Lighting a fart on fire is a remarkably popular comedic act that many people engage in for kicks and giggles. The two chemicals in farts, methane, and hydrogen, are highly flammable and are what make it possible to turn a fart into an explosive. Holding a lighter up to your butt when you fart may be fun but is also highly risky and not recommended.