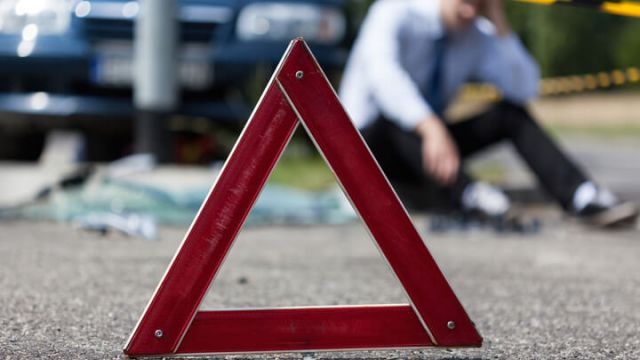 What do a mattress, tire, old appliance and Christmas tree all have in common? When unsecured to a vehicle they can create hazardous road debris. Imagine swerving to avoid an obstacle on the road — that’s a pretty frightening experience. Now imagine the worst-case scenario: that same obstacle not only causes you to swerve but also causes a fatality.

Picture yourself driving on the freeway at 55 m.p.h. and suddenly something falls from another vehicle and hits your car. The ramifications from such an impact could leave you seriously injured. Unfortunately, that’s exactly what happened to Robin Abel’s 24-year-old daughter Maria Federici in 2004. Federici was a few hundred feet from her exit on Seattle’s I-405 when an unsecured piece of particleboard came crashing down, causing devastating injuries to her head and face.

Due to the actions of a careless driver, who chose not to tie down his load, a 40-pound board flew through the windshield of her Jeep, ultimately crushing every bone in her face, leaving her almost decapitated and blind for life. Yet, the driver’s actions were not criminal, according to the U.S. Department of Transportation, because of current laws at that time. Therefore, when authorities finally found the driver, they could not charge him with a crime. Instead, he was fined for littering.

The devastating injury to her daughter prompted Robin Abel to advocate for a change in the state of Washington. Now, thanks to “Robin’s Law,” causing a death or injury by failing to secure your load is a criminal offense that’s accompanied by fines and even jail time. However, more still needs to be done.

Unfortunately, this is not an isolated incident — these types of accidents are all too common. A 2012 Government Accountability Office study mandated by Congress showed that in 2010, 51,000 incidents of unsecured loads and road debris caused 440 deaths and 10,000 injuries. But at the time of the study, only 15 states had laws in place for driving with an unsecured load.

American drivers aren’t properly tying down their loads, says the American Automobile Association (AAA). In fact, according to a study by the AAA Foundation for Traffic Safety, over the past four years, there has been 200,000 crashes because of debris on U.S. roadways, which have resulted in 39,000 injuries and more than 500 deaths.

Almost 37 percent of all deaths related to road debris crashes resulted from the driver swerving to avoid hitting an object according to the AAA. And most crashes occur between 10:00 a.m. and 3:59 p.m. when many people are on the road hauling heavy items like furniture or construction equipment. Additionally, the AAA suggests debris-related crashes are much more likely to take place on interstate highways, since driving at high speeds increases the risk for unsecured loads or cargo to fall onto the roadway.

Today, all 50 states have laws in place that make unsecured loads illegal. Fines range from $10 to $5,000, says AAA. Unfortunately, only 16 states list jail time as a possible punishment for offenders, and only 11 states enforce fines above $500. A small price to pay for a potentially lethal accident.

Most common types of vehicle debris

According to the AAA, the most common debris includes:

When studying the road debris report, what becomes clear is that all of the confirmed debris–related crashes were avoidable, had the driver secured his load or performed proper maintenance on the vehicle.

To avoid unnecessary accidents and even fatalities, have your vehicle checked regularly by trained mechanics. Badly worn or underinflated tires often suffer blowouts that can leave pieces of tire on the roadway and create a hazard for drivers. As well, exhaust systems and the hardware that attach to the vehicle can rust and corrode over time, causing parts such as mufflers to drag and eventually break loose. These types of potential hazards can be spotted easily by trained mechanics as part of the routine maintenance performed during every oil change.

When moving or towing furniture make sure to secure vehicle loads. To secure a load properly, you should:

While small types of debris are common on the roadways, larger items can instill panic and erratic maneuvering. Some accidents may be unavoidable, but there are still certain precautions any driver can take when encountering road debris.

Never assume that an unsecured load is safe because of its weight or simply because it is wedged into the vehicle. As the driver, you can be held responsible for damages and injuries caused by a crash if you are negligent in securing and/or transporting a load — you may even do jail time. The bottom line, secure all loads and maintain your vehicle. Failing to do so could cause severe injury or even death.