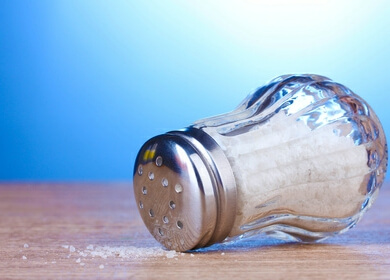 Real and natural salt is as essential to life as water – without it we would die. Salt has been so valuable through history that it was even used as currency in Rome and traded by explorers throughout Europe and Africa for gold.

Unrefined, natural salt is vital to a number of biological functions, such as;

Where Do We Get Our Salt?

Over 80% of salt that Americans consume comes from processed and fast foods, and it is totally refined and unhealthy. Despite the pressure that outraged consumers and public health agencies have put on food manufacturers to reduce sodium levels, a new Northwestern Medicine study shows that sodium levels in packaged and fast food remains dangerously high.

It appears as though the food manufacturers are not going to voluntarily lower sodium levels and that government regulation is necessary to protect the public.

What We Are Being Told

According to health officials, high sodium diets are to blame for hundreds of thousands of deaths each year. While it is true that sodium levels in processed foods are remarkably high and should be reduced, is it really salt that is to blame for these deaths and rising hypertension rates?

Two – Not So Commonly Shared Facts

There are a couple of things that you may not know. The first is that hypertension, which salt is all too commonly seen as causing, is not so much the bad guy as is excess grain and fructose. Americans consume far more carbohydrates in the form of sugar and grain than they do salt.

While salt has been presented to the public as evil and unnecessary, the actual empirical evidence backing this up is slim at best. That leads to the second, not so commonly shared fact, there are no real studies that demonstrate a link between heart disease and salt consumption.

Gary Taubes, an investigati.ve reporter and author of the classic 1988 article “The (Political) Science of Salt,” wrote:

“While the government has been denouncing salt as a health hazard for decades, no amount of scientific effort has been able to dispense with the suspicions that it is not. Indeed, the controversy over the benefits, if any, of salt reduction now constitutes one of the longest running, most vitriolic, and surreal disputes in all of the medicine….

The data supporting universal salt reduction have never been compelling, nor has it ever been demonstrated that such a program would not have unforeseen negative side effects. After decades of intensive research, the apparent benefits of avoiding salt have only diminished.

This suggests either that the true benefit has now been revealed and is indeed small, or that it is nonexistent, and researchers believing they have detected such benefits have been deluded by the confounding influences of other variables…”

Because sodium is responsible for regulating water around the cells, fluid levels rise, and cells enlarge if sodium levels are too low. This swelling can result in a some serious health complications including headaches, seizures, loss of energy, confusion and even coma. 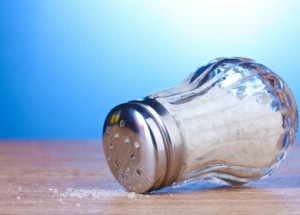 Just because sodium may not be to blame for hypertension, is not a license to consume processed foods high in salt. There is no good that will come from this. Processed salt shares very little in common with natural salt. Like other processed foods, it has been stripped of its vitality and this has been replaced with a variety of chemicals.

You must obtain your sodium from natural sources such as Himalayan salt. Unrefined, natural Himalayan salt is totally pure and healing. This salt contains vital minerals such as silicon, vanadium and phosphorous while man-made salt contains chemicals that are damaging to the body.

Adopting a healthy whole food diet that does not include processed foods is a great way to ensure that you will not consume too much refined salt or refined sugar. Your blood pressure will thank you.

When shopping for sea salt, look for an unrefined sea salt. Unrefined sea salt retains all the natural minerals your body needs. The only sea salt we use in our kitchen is from Ava Jane’s Kitchen. Learn more and receive a special offer today!