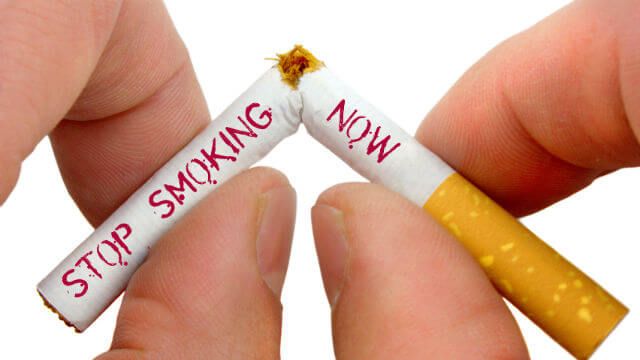 If we asked you why it’s hard for people to quit smoking, we’d probably get an eye roll and a resounding, “Duh… nicotine is addictive.” Very true, however, that may not be the whole story.

A new study performed by researchers at the University of Copenhagen focused on 12 smokers, who were asked to quit for one night. The cerebral blood flow and rate of oxygen metabolism were measured in the volunteers before, during and after their time without cigarettes.

To compare changes in blood flow and oxygen metabolism with those of non-smoking individuals, a control group that did not smoke was also monitored.

Results of the study showed that a mere 12 hours without cigarettes resulted in decreased blood flow to the brain, and decreased metabolic rate of oxygen, for the habitual smokers. Both of these factors were found to be affected by as much as 17 percent. Once the smokers had a cigarette, the blood flow in their brains and their oxygen metabolism quickly went back up.

“Regular smokers experience an almost dementia-like condition in the early hours after quitting, as suggested by brain scans. This can be quite an unpleasant experience, and is probably one of the reasons why it can be very difficult to quit smoking once and for all. Smokers drift back into abuse, perhaps not to obtain a pleasant effect — that ship has sailed — but simply because the withdrawal symptoms are unbearable.”

At this time, the researchers say, it is unclear how long it would take for blood flow rates and oxygen metabolism to go back to normal once a smoker quits.

Gjedde advises that smokers try quitting gradually, “simply to avoid the worst withdrawal symptoms that make it so difficult to stick to the otherwise very sensible decision to stop smoking.”

The frightening dependency that smoking instills in so many people, one physical aspect of which is displayed by this research, should serve as a sound warning for those who have never tried smoking, never to start.

If you do smoke, quitting is obviously in your best health interest. If you’re going to cut down gradually, do so, but give yourself a set date when you will not smoke anymore, and scale down your cigarettes until then. Stick to the date once it arrives – your life is at stake.

To deal with some of the withdrawal, exercise has been found to be highly helpful. Getting support from family and friends, and keeping busy with hobbies, events, and activities (non-smoking related) that you enjoy can help a lot, too.