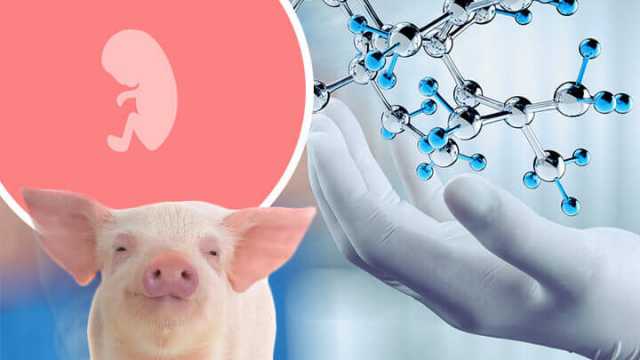 It might sound like something out of a science fiction movie, but scientists say they have created an organism that’s half human, half pig. Announced by the the Salk Institute for Biological Studies in La Jolla, California in late January, the organism was a pig embryo injected with human stem cells.

Hailed as the first successful creation of a “chimera,” the results were published in the scientific journal Cell. In ancient Greek mythology, the chimera was a creature made of numerous animals. In modern science, a chimera is an animal containing cells of at least two distinct species. The idea of creating a chimera has been floating around for decades. But, until now, it was considered beyond the reach of current technology.

That changed when researchers at the Salk Institute figured out how to inject stem cells into early stage pig embryos. The experiment was the result of four years of development. In the finished product, the scientists allowed the chimera embryos to develop for 28 days in a sow before terminating them.

According to head researcher Juan Carlos Izpisua Belmonte, “This is long enough for us to try to understand how the human and pig cells mix together early on without raising ethical concerns about mature chimeric animals.” Despite this, the experiment has already raised renewed discussion. People are wondering whether it’s ethical to create such human-animal hybrids.

The morality of creating chimeras

Speaking to The Guardian, University of Minnesota professor Daniel Garry said the experiment raises ethical issues never before encountered by science. Garry himself has been involved in a separate chimera project and said it remains unclear whether a fully formed chimera would be more human or animal. He suggested possible complications could include the hybrid developing human thought, or for human cells to cannibalize the pig cells — thus creating a hybrid that would be mostly human, but born from a pig.

“These more fantastical possibilities are not a problem in reality,” he noted. He praised the Salk Institute team for taking a “responsible approach.”

In reality, the most likely uses for these hybrids is to use them to for further research. “Human/animal chimeras can offer insights into early human development and disease onset and provide a realistic drug-testing platform,” Cell journal said in a statement. “They may also someday provide a means of growing human cells, tissues and organs for regenerative medicine. For now, however, they are helping scientists understand how human stem cells grow and specialize.”

According to Izpisua Belmonte, “The ultimate goal is to grow functional and transplantable tissue or organs, but we are far away from that.” 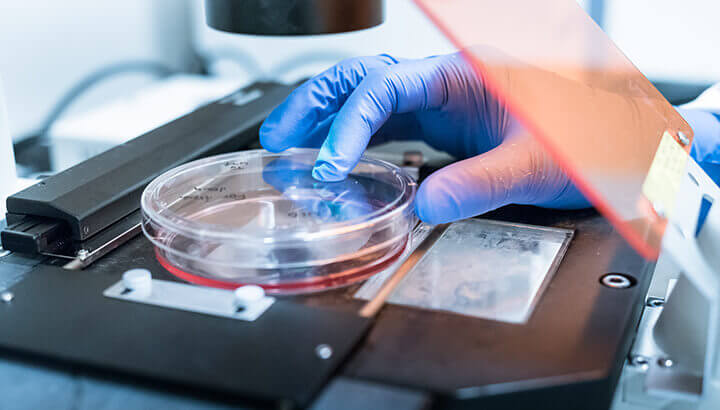 Along with the ethical dilemma, the scientists also ran into a handful of practical problems while developing the chimera.

According to Izpisua Belmonte, the team had difficulty ensuring the human stem cells developed properly in petri dishes. Somehow, the cells often just don’t work like they should. “It’s like when you try to duplicate a key. The duplicate looks almost identical, but when you get home, it doesn’t open the door. There is something we are not doing right,” he said.

Then, they ran into a difficult balancing act when implanting the human stem cells in the pig embryos. The problem was that pig pregnancies usually last around 112 days. This is a far cry from the nine months needed for a human birth. Hence, the embryo’s cells develop at totally different paces depending on the species. “It’s like if you’re going onto a highway where the cars are traveling three times faster than you are. You need to choose the right timing, otherwise you cause an accident,” said lead author Jun Wu.

Despite the challenges, in the end, the team was pleased with their results. They developed a total of 186 chimera embryos by the time the experiment ended. Around 1,500 pig embryos were used over the course of the experiment, along with stem cells from 40 humans.

Each successful embryo only had around 100,000 cells. This means they remained mostly pig. Researchers now say future experiments could try implanting more human cells in animal embryos. They could possibly create chimeras with more of a balance of two species.

Izpisua Belmonte also said he would like to see human cells used to form particular organs in pigs. “The ultimate goal is to grow functional and transplantable tissue or organs,” he said. For now though, the idea of using pigs as sources of human organ transplants remains a dream for the future.

What do you think of this experiment? Are human-animal hybrids worth experimenting with? Especially if these experiments could end up saving the lives of millions of people in need of replacement organs? Or are the ethical questions too problematic?