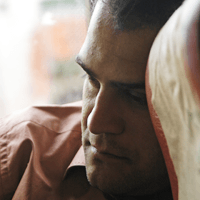 Q. I’ve been diagnosed with type 2 diabetes and sleep apnea. Is there any connection between the two?

A. There’s one sure connection between type 2 diabetes and obstructive sleep apnea — if you’re overweight, you have an increased risk of developing both conditions. But it’s an unsettled question whether sleep apnea might somehow increase your chances of getting type 2 diabetes.

Type 2 diabetes, the most common form of diabetes, usually develops during adulthood among people who are overweight. Being overweight causes cells to resist the effects of insulin, a hormone that drives sugar (glucose) from the blood into cells. When cells resist the effects of insulin, sugar builds up in the blood. If that happens consistently, type 2 diabetes develops.

Obstructive sleep apnea occurs because the upper airway — particularly the back of the throat and tongue — relaxes too much during sleep. This causes repeated interruptions to breathing. Oxygen levels in the blood may drop because air flow into the lungs is blocked. There is some evidence from studies in animals and humans that sleep apnea also causes chemical changes that lead to insulin resistance. However, I don’t think the evidence is very strong.

If you have type 2 diabetes and you’re overweight, you can help control the condition by losing weight. In fact, I’ve had patients who eliminated their type 2 diabetes just by slimming down. Losing weight can also help with sleep apnea.

So while it’s unclear whether sleep apnea and diabetes are connected, it is clear that if you’re heavy, losing weight is connected to improved control of both conditions.