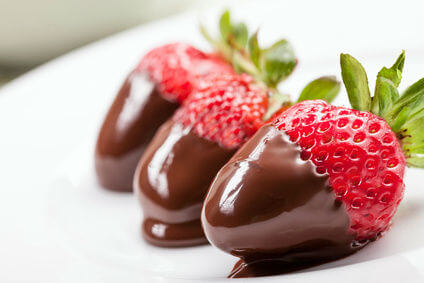 You’ve probably noticed that eating certain foods tends to make you feel better while others can put you into a bit of a slump. Back in the late ‘90s, one food manufacturer even tried to capitalize on this by producing potato chips that were infused with St. John’s Wort, a natural antidepressant herb.

The product didn’t last long; the chips were said to taste like cardboard and really did nothing to boost one’s mood. In fact, they were more likely to increase the risk of depression by causing weight gain.

Fortunately, there are plenty of other foods that naturally contain feel-good properties that can be eaten to improve your mood and are much healthier than processed foods. As the body produces its own uplifting chemicals that are known as endorphins, it is possible to raise these “happy hormone” levels in the brain by eating foods that contain certain nutrients that encourage their release. Low endorphin levels can be the result of certain vitamin and mineral deficiencies, such as a lack of B vitamins, vitamin C, and certain minerals like iron, potassium and zinc.

Chocolate has long been associated with romance, as well as being a delectable treat that serves as a mood booster. A group of chemicals found in chocolate known as N-acylethanolamine, stimulates channels in the brain that releases endorphins.

Research has shown that it can heighten sensitivity and even produce mild euphoric effects. It also contains high quantities of phenols, which are antioxidants that can boost the mood.

Psychology Today reported that a unique scientific exploration in which researchers tried to determine if dark chocolate that was infused with “good intentions” could enhance the mood even more.

The intention given to the treated chocolate was that the individual who consumed it would manifest optimal health and functioning at a physical, emotional and mental level to enjoy better overall well-being, increased energy and vigor.

The results showed that those who received the intentional chocolate experienced a significant improvement in mood. They found that well-being, vigor and energy increased by an average of 67% and up to nearly 1000% in some subjects.

This compelling study shows that chocolate not only offers mood elevating effects, but that those benefits might be enhanced even more by having ‘good intentions’ along with it (your attitude when you eat it matters). No wonder it’s so popular for gift giving!

How about a few chocolate-dipped strawberries? This juicy red fruit is a rich source of vitamin C which helps in the production of endorphins and helps the body to absorb iron. Their rich red hue is due to a high content of proanthocyanidin, a flavonoid that is known for helping to better the mood.

Grapes are high in endorphin-producing vitamin C and also a good source of potassium. Red grapes are also known as a potent source of antioxidants that can help support heart health.

Nuts and seeds not only contain healthy fats,but they are also rich in B vitamins, protein and selenium. Brazil nuts and sunflower seeds are known as the richest source of selenium, which is known to have positive mood-influencing properties.

There is no reason to spend the rest of your day down in the dumps if life has gotten you down – or turning to something unhealthy that will only feed your misery. Consider this prescription instead: 30 to 60 minutes of physical activity followed by a mood-enhancing snack. It’s just about guaranteed to work every time.