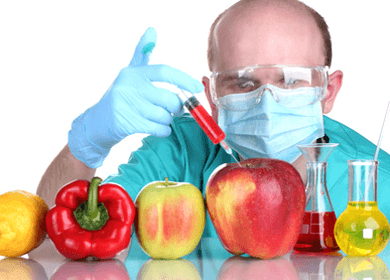 What are they up to now? Monsanto has reached headlines in the news once again and the wires are buzzing with their most recent victory. According to ibtimes.com, the latest provision dubbed the “Monsanto Protection Act”, part of the HR 933 continuing resolution, keeps federal courts from being able to stop the planting or sale of GM or GE crops and seeds.

The new law, which was slipped into the Agricultural Appropriations Bill, puts the USDA in a position where it must approve the planting permits of Monsanto and other biotech firms relating to GM crops without question. Some say, this leaves American citizens nothing short of being the greatest laboratory experiment in the history of mankind. The Center for Food Safety says this is “an attack on the United States judicial review agency action” and a “major violation of the separation of powers.” Does this mean that Monsanto’s GM crops will sneak under the line avoiding all serious health or environmental review processes- unfortunately, yes.

We would all be fools to think that there are not better ways to feed the world than by the use of GM crops. In fact, a report sponsored by the United Nations and the World Bank involving over four hundred scientists and fifty-eight countries concluded that GM crops were of little value in solving the world’s problems with hunger and poverty. There are, they say, better methods such as “agroecological” farming, which is a sustainable way to work with nature, not against it. How about giving back to the land, feeding the soil and rotating crops? All of these methods have proven effective in improving the quality of food and eliminating the need for harmful agricultural toxins.

Not Natural or Safe

It is surprising that one would even have to question the safety of a process that introduces genetic material from viruses and bacteria into food crops. Monsanto even states on their website that GMO foods are plants and animals that have had their genetic makeup changed so that they demonstrate traits that are not natural. GMO foods have not been tested in depth for safety, but tests on animals have indicated cause for concern. There have also been many studies conducted by the National Academy of Sciences that warn that genetically engineered foods have the potential to pollute the environment and our bodies with toxins. Proponents of GMO foods say that we have eaten these foods for years without suffering any ill consequences; however, there has been no monitoring of these foods to determine their risk. With the new provision in place, it looks like this is not going to happen anytime soon. Think about how long it took for us to realize that trans fats have killed millions of people.

Genetically modified crops are contaminating both conventional and organic crops. The organic oilseed rape industry has been devastated by contamination from GM crops in Canada. The United States rice supply and seed stocks were severely contaminated by an unapproved GM rice field that was grown for one year in a field trial.

How to Avoid GMO Foods 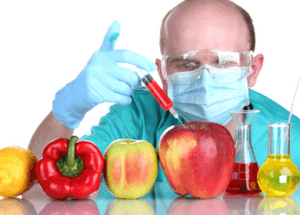 It is more imperative than it has even been before for consumers to know what is in their food. Although you may never know for sure if the foods you are eating have been contaminated by GM crops, there are a few steps you can take to protect yourself and your family the best you can.

Buy organic – Organic foods cannot be made with bioengineered ingredients
Beware of the SCCC – The majority of the genetically modified crops in America are soy, cotton, corn and canola.
Stop eating processed, fast and packaged foods – Thanks to farming subsidies and an excess of GM cheap corn, processed and packaged foods are loaded with tainted corn-based ingredients.
Check out the Non-GMO Shopping Guide – This is an extremely useful resource to help you avoid GMO foods.