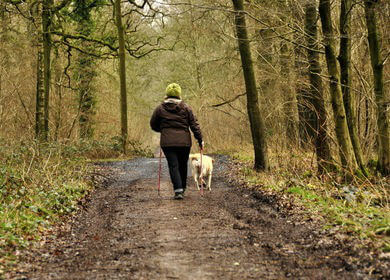 For the great majority of our history, humans have lived in natural surroundings. Today, with many of us living amongst industry, appliances and other modern conveniences, a walk in the woods is a much-needed return to nature that may significantly boost our health.

In Japan, walking in the foods is termed shinrin-yoku, which translates to ‘forest bathing.’ While the term was coined by the Japanese government in 1982, the principle is rooted in ancient Buddhist and Shinto practices. According to Yoshifumi Miyazaki, a leading Japanese scholar on forest medicine, shinrin-yoku can relieve stress by significantly lowering cortisol levels.

Miyazaki’s research has also suggested that this practice may aid the immune system, lower blood pressure and heart rate, and increase anti-cancer proteins, boosting the ability of some cancer-fighting cells. Improved mood, and lessened depression and anxiety, have also been noted.

Volunteers were also tested before and after watching images of the forest, and images of cityscapes, on a television screen. To serve as a control, tests were administered first thing in the morning, and right before bed, as well. 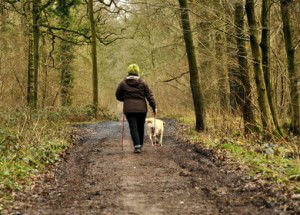 Interestingly, similar positive effects were observed after subjects merely watched forest scenes (versus city scenes), indicating the powerful effect of viewing nature. Obviously, spending time in nature ‘for real’ trumps viewing images on a screen, however, this does show how natural scenes affect the body in much more positive ways than images of city life.

The lesson we can take from this – get back to nature! Even if you have to drive for a little while to find a forest hiking trail, your health will thank you far more than if you stay within city limits for your daily stroll. The activity of leisurely walking itself has been shown to lower cortisol levels, which may decrease appetite and cravings along with lowering stress.

Have you hugged a tree today?