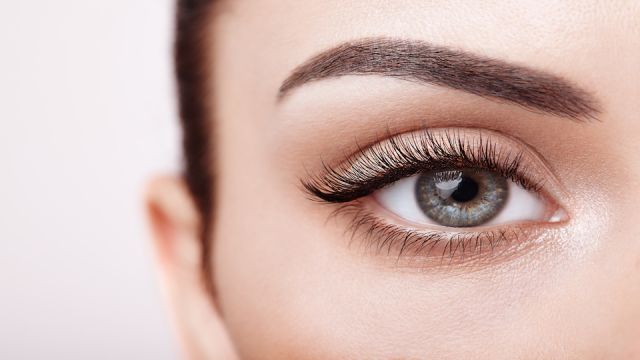 Though it sounds cliche to say that the eyes are the windows to the soul. Recent research suggests that this may be even more true that we previously thought. In fact, your eye color and pattern may not only be the windows into your soul but your personality as well.

We all love taking those personality tests that seem to describe our traits, strengths, and flaws with far more accuracy than we ever could, reading through the results as if we’re discovering some secret about ourselves. But did you ever think that your eyes would have just as much to say?

Scientists at Orebro University in Sweden compared the eyes of 428 subjects with their dominant personality traits and were able to map out a method of “reading” their test subjects tendency towards things such as compassion, spontaneity, and forgiveness. These scientists in this flagship study primarily focused on the shape and pattern of the iris and looked at genetic variation, along with the involvement of a gene called PAX6.

Though that study didn’t necessarily broach the color of the eyes as a personality markers, Dr. Anthony Fallone, a psychologist at Edinburg University has performed studies that he believes support this theory, “The eye is so closely linked neurologically to the brain that you might call it the only part of our brain you can see from the outside. It seems to hold vital clues to our brain function.

Of course, it is hard to say with certainty that your eyes can reveal your personality and you may find that none of the following information is accurate to you. Keep in mind that more studies need to be performed in this field in order to make a compelling scientific argument. For now, take this evaluation with a hint of levity, and you may discover something about your personality in the process.

While this eye color is quite rare, those with such dark brown eyes that they almost appear black are usually classified as mysterious. However, a study published in Current Psychology suggests that they also may be more agreeable than their fair eyed opposites. Due to the higher levels of melanin in their system (melanin is what control eye pigmentation and insulates brain cells), they may have faster brain connection related to hand-eye coordination in sports such as tennis and baseball. People often look to those with dark eyes to take charge and they  are seen as natural born leaders.

Though those with blue eyes are often considered unintelligent, timid, or weak, in reality, they possess great inner and physical strength. Perhaps because blue is associated with coldness, those with this eye color may appear egotistical at first, but once you get to know them, they are usually full of passion and are incredibly inquisitive while remaining cautious to avoid getting hurt.

In a small study published by the University of Pittsburg School of Medicine, 58 pregnant women were tested regarding their pain tolerance and ability to recover from the stress of childbirth, along with dealing with issues such as postpartum depression and anxiety.  The study concluded that “Caucasian women with light-colored eyes — blue or green — appear to tolerate pain better than Caucasian women with brown or hazel eyes.”

Though grey eyes are often considered blue, they are a category among themselves and can indicate incredibly different personality traits compared to those with blue eyes. People with gray eyes may seem to have two personalities and are able to be whatever is needed by those they love in a particular moment. This can be either an asset or a weakness depending on the situation. It can often be hard to get to know these people on a deeper level, due to their strong natural defenses, however, once you do, you are well rewarded by fierce loyalty and a committed friend.

Hazel eyes are any eyes that appear to change from green to brown depending on lighting, outfit choice, and even mood. Hazel eyes could also be any irises that have the two different colors present such as a green inner ring and a brown outer ring. Because hazel eyes are relatively uncommon and each’s eyes can look totally different, those with this eye color may have a strong sense of individuality and a spontaneous personality that can often be hard to pin down. They are usually confident but can also be prone to moments of selfishness.

Though those with more typical brown eyes often demonstrate many of the same traits as those with dark brown, or black eyes, they are usually seen as more trustworthy due to the commonality of this eye color.  Usually, brown-eyed people are gentle, compassionate, and loyal. However, that doesn’t mean they are meekly submissive as they will stand up for what they believe in.

Green eyes are often strongly desirable because those with this color eyes are often considered sexy, mysterious and alluring. They often embody traits of both blue and brown eyes as they are cautious, yet still seen as agreeable and friendly. Green-eyed people are usually prone to unpredictability, but this usually just adds to their sense of mystery.