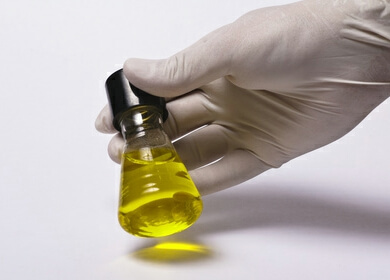 Manufacturers claim that the herbicide sold as Roundup is safe, however, epidemiological studies tell a different tale. According to research, Roundup is a serious threat to health and can cause such problems as endocrine disruption, cancer, birth defects, neurological disorders and even DNA damage.

The scary fact about the possible damage that Roundup can cause is that these effects can happen at very low doses that are now being discovered in food and feed crops as well as contaminated water.

Roundup has been found in the air, rain, groundwater, human urine and even in blood samples. Current “safe” dose regulations for Roundup are not based on any new studies and are not protecting anyone.

More than 75% of genetically modified crops are what is known as “Roundup Ready.” This simply means that large doses of this toxic herbicide can be sprayed over entire crops and kill everything but the plant. Roundup and traces of glyphosate (the main ingredient in Roundup) can cross the placental barrier and put an unborn child at risk.

With an increase in genetically modified soy in North and South America, Roundup and other agrochemicals are being used in mass amounts. A report created by concerned physicians in Argentina noted the effects of agrochemicals on people based on clinical data. They found an increase in incidents of birth defects, infertility, cancers, kidney failure, allergies, neurological problems, respiratory distress and DNA damage.

Another report, commissioned by the provincial government in Chaco, Argentina, discovered that birth defects increased four-fold and childhood cancers tripled in just ten years in areas where rice and genetically modified crops are heavily sprayed with toxic chemicals. Aerial and ground spraying were the methods of delivery, and glyphosate was named as the main chemical of concern. 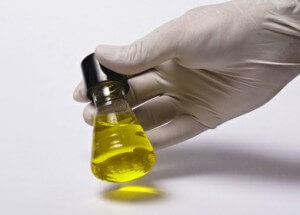 It is not just people in the vicinity of the spraying that are at risk of experiencing adverse health problems, but also those who eat products made from sprayed crops. Roundup-ready crops do not break down glyphosate, but rather absorb it, meaning that it is still in the food when it is processed. Both people and animals consume the toxic chemicals. People who eat meat or dairy products made from cows that have eaten tainted food are at risk.

Researchers note that Roundup and other formulations are far more toxic than glyphosate alone. However, it was only glyphosate that was tested, not these other herbicide formulations. In essence, they have had no testing at all. Until testing is done on the formulations being sprayed on genetically modified crops, the risk continues for millions of people.

Although manufacturers claim that Roundup is safe, it is unlikely that they would be willing to drink a glass of pesticide that is equal to one year’s exposure.  The truth is, pesticide exposure is cumulative, meaning that the toxins build up in the body over time. They are stored in fat cells where they can remain for years before symptoms of disease appear.