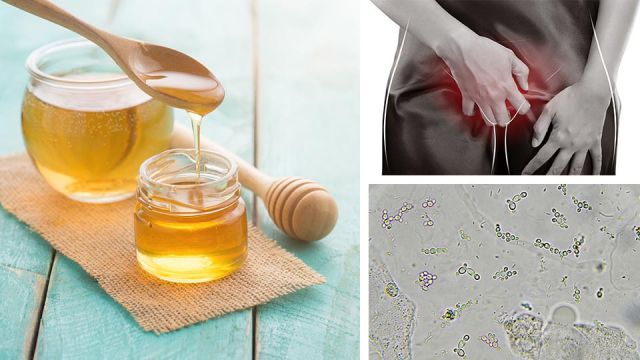 Yeast infections are downright uncomfortable, and for an estimated one billion women worldwide, this discomfort is a simple fact of life. But many of us also find it embarrassing to seek out help in the fight against that incessant itching in the nether regions, and when we do go to the doctor or pharmacy it’s a dose of antifungal cream or antibiotics that are prescribed… and that’s really not treating the problem in the long term.

The issue with most conventional yeast infection treatments is that they never actually resolve the problem; the infection keeps coming back, year after year. And every time you get treated with an antifungal cream or prescription antibiotics, the returning infection is more intense than the last. To understand why this is, we have to examine how the microbiome in your vagina (yes, just like in your gut) operates.

As in the gut, mouth, lungs and even on the skin, the vagina is home to millions of symbiotic, commensal and pathogenic microorganisms comprised of bacteria, yeast and protozoa. Under healthy conditions, these microorganisms live in relative harmony, and even the pathogenic species (like the infamous Candida albicans) play a role in supporting critical functions within the body.

If someone was brave enough to examine a vaginal wall with a microscope, they’d find themselves looking at something called a biofilm. This is essentially a rudimentary shield erected by the communities of bacteria and yeast living on the vaginal wall, designed to protect the community as a whole from attack. What form might that attack come in, you ask? Well, antifungal creams and antibiotics, for one.

When exposed to antibiotics, the microorganisms living within the biofilms clump together in more dense formations and collectively increase the thickness of the biofilm, thereby rendering the antibiotics effectively useless. Unfortunately, it’s usually the more crafty pathogenic species like candida that live behind the biofilms, while the less wily but far more beneficial microorganisms are left out in the cold, completely at the mercy of the antibiotics.

As a result, most conventional yeast infection treatments fail, merely encouraging pathogenic yeast species to proliferate while wiping out the good microorganisms. The vicious cycle continues. It’s something of a violent picture I’m creating here, but if you were a microscopic bacteria going about your good daily chores down there, it would certainly seem like a war zone had descended upon you.

Luckily, there are less damaging, natural alternatives to treating your yeast infection.

Sometimes, no matter how healthy you are, a yeast infection strikes without warning. At some point in her life, a woman will probably have to deal with a yeast infection. But before that woman goes in with guns blazing, she should be 100 percent sure that it actually is a yeast infection — not something similar like bacterial vaginosis. Self-misdiagnosis can make the situation worse, so if you’re unsure, consult a doctor first.

With a positive ID, however, it’s time to bust out the natural yeast infection remedies. Here are some of the most popular remedies being used today.

Would you stick honey in your vagina? On any given day, chances are you’d probably pass on that offer. But what if you were to learn that raw honey has actually been proven to treat yeast infections through rigorous trials?

A 2012 study published in the Archives of Gynecology and Obstetrics found that a “novel mixture consisting of bee-honey and yogurt” was actually more effective than a local antifungal agent commonly used to treat yeast infections. Out of 82 cases, this mixture of honey and yogurt was able to cure 88 percent of women, compared to 72 percent on the antifungals. Not only that, the reported side effects were less in the group that used the honey mixture, and as we know the longer term impacts would have been less on each woman’s microbiome as well.

I call that a win-win! For best results, use honey topically to treat a yeast infection — eating honey may, in fact, contribute to a yeast overgrowth, on account of its natural sugars.

While the scientific community has yet to find any significant results regarding the use of apple cider vinegar for treating yeast infections, the anecdotal evidence is overwhelmingly positive. And it makes sense — the high levels of acetic and citric acids in apple cider vinegar have been proven to act as a natural antimicrobial agent, and in fact have been shown to exhibit significant antifungal properties against candida species, which are commonly found in yeast infections.

Beyond that, however, apple cider vinegar helps to restore a balanced pH within the body and strengthen the immune system. When raw, it provides a decent amount of probiotics that can help to rebalance the gut microbiome, which may in fact be linked the the vaginal microbiome.

Coconut oil has long been a go-to remedy for a wide range of ailments within the alternative health community, and it’s not without reason. Coconut oil is mildly antibacterial, and like apple cider vinegar has been used to good effect in the treatment of candida species and other yeasts. It also contains three fatty acids: caprylic acid, lauric acid and capric acid. These have been shown to directly inhibit the spread of yeast infections.

Best of all, coconut oil supplies the body with healthy fats that help the body to control yeast infections all on its own. For that reason, my first step would be to ensure I’m getting plenty of organic, unrefined coconut oil in my diet. Cook your food in it, bake with it or simply plop a dollop straight into your mouth! It can also be applied topically, and incidentally makes an effective natural lube, if you’re planning on getting frisky between the sheets.