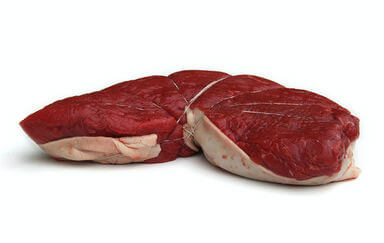 Warning: This article is rather graphic for the purposes of education. We feel that the information presented below is necessary in order for consumers to make educated and healthy decisions regarding the meat they are eating.

Head to head, butt to butt, they are raised in conditions so deplorable that most Americans would be sickened if they knew the truth. Animals piled on top of each other, confined to spaces that are not suitable for one, let alone twenty or more animals. Low light, no exposure to fresh air or sunshine, no exercise and genetically altered; sickness ensues and drugs are administered to maintain order, control infection and hasten growth.

Many animals, pushed to weights that their frame cannot withstand, become crippled beyond recognition. Slaughter is equally as disturbing, and animals who live a very short, unimaginably stressful life, endure more stress and often unnecessary pain moments before death. In fact, many don’t even make it this far.

Factory farming is all about high output and low costs. But.. there is a cost. A cost that the animals, the environment and our health all have to bear. The more animals crammed into spaces, the more money. According to the journal National Hog Farmer, “Crowding pigs pays,” and Bernard Rollins, egg-industry expert notes, “chickens are cheap; cages are expensive.” It is this mentality, along with the principles of supply and demand that drive the factory farming industry.

Antibiotic Use Out of Control

Animals raised in factory farms consume more than 30 million pounds of antibiotics each year. If you buy your meat in your local supermarket, it is likely that it contains antibiotics. And, bacteria are smart and they have learned how to outsmart the chemical cocktail of antibiotics, creating a number of strains of aggressive and indestructible superbugs.

A 2011 study that was published in the journal Clinical Infectious Diseases, elevated “gross and disgusting” to a whole new level. Researchers found that half of all United States supermarket meat contained staph infection bacteria, including MRSA, the hard-to-kill and potentially deadly strain. Turkey, followed by pork and chicken contained the most staph bacteria.

We bet that you did not know that you and your family are on Prozac. In 2012, John’s Hopkins University studied the feathers of imported chickens to find out just what the birds were fed prior to slaughter. The feather analysis revealed traces of antidepressants, banned antibiotics, allergy medications and painkillers.

Because factory farmed animals are highly stressed, Prozac is often administered to reduce anxiety and promote growth. Caffeine was also found in half of the samples taken. Caffeine is often given to chickens to keep them awake so that they eat more and grow faster.

Cattle in feedlots are fed grain which they are not designed to digest. The grain changes the chemistry in the cow’s stomach creating a the perfect environment for a deadly strain of E. coli to survive.

The United States Department of Agriculture has found traces of highly dangerous veterinary drugs and heavy metals in United States beef including:

Flunixin – this drug can cause kidney damage, colon and stomach ulcers, as well as bloody stools in humans.

Ivermectin – this is an animal wormer that can cause neurological damage in humans.

Arsenic – this known carcinogen is commonly fed to chickens and the chicken litter and feces are sometimes fed to feedlot cattle. Keep in mind that the majority of supermarket and fast food in our country comes from feedlot farms.

Penicillin – this drug can cause life-threatening reaction in those people who have an allergy to it.

Copper – although copper is a necessary element; if too much accumulates in the body it can cause harm.

The modern day cattle farming practices, including the use of antibiotics, leaves meat tough and chewy. Because of this, slaughterhouses mechanically tenderize steaks. This process involves driving blades with sharp needles into the meat which pushes surface bacteria deep down.

When you cook your meat rare or medium rare, the bacteria inside the meat is still alive. If the bacteria remained on the outside of the meat, cooking it would kill it. Over 80 outbreaks with steak in the last ten years have been from E. coli that is normally found only on the exterior of the whole cuts of meat.

The antibiotics that are used on conventional farms to make animals grow fatter and faster may make humans fat as well. A study conducted by researchers at New York University and published in August’s edition of Nature, found that mice who were subjected to low doses of antibiotics such as those that cows, pigs and chickens raised on factory farms are subjected to, gained 10 to 15 per cent more fat mass.

Researchers say the same thing can happen to humans when we eat meat loaded with antibiotics, and are currently reviewing past studies on the subject matter. A study done in the United Kingdom found that children given antibiotics before the age of 6 months for an ear infection were 22% more likely to be overweight by age 3 than children who had not received the antibiotic.

The damaging effects of factory farming do not stop with the mistreatment of animals or compromising our health, the environment also suffers. Most animals commercially raised for meat and dairy products in the United States come from Confined Animal Feeding Operations, also known as CAFOs. CAFOs contribute significantly to industrial waste and pollution. Studies have shown that people who live near factory farms may suffer nausea, depression, skin infections, respiratory problems and sometimes death from the toxicity of their environment.

Raising animals for food is terribly inefficient. They consume large quantities of grain, soybeans, corn and oats and produce very small amounts of meat, dairy and eggs in return. Over 70% of the grain and cereals grown in this country are fed to farmed animals. It takes eleven times as much fossil fuel to make 1 calorie of meat protein than it does plant protein.

Over 2,400 gallons of water are used to produce 1 pound of meat, vs. 25 gallons to grow 1 pound of wheat (not that we are suggesting wheat in our diets – we are not). To provide an illustration, one pound of factory raised meat takes approximately the same amount of water used to shower for six months.

Millions of pounds of bodily waste and excrement from factory animals makes its way from holding lagoons into surrounding waterways where it kills fish and other animals by disrupting natural ecosystems. According to the EPA, chicken, hog and cattle feces has polluted 35,000 miles of rivers in 22 states and contaminated groundwater in 17 states.

What Choice Do We Have?

The good news is that we don’t have to support the factory raising of animals if we don’t want to. Although some people make the choice to avoid meat altogether, this is not your only option.

Organic, grass-fed meat, pasture-raised hogs and free-range poultry are becoming more and more popular as people start to realize the toll that CAFO’s are having on the planet and its inhabitants.

The Heart and Trotter – An Example of Stewardship at Work

The best possible option for meat lovers is to buy locally raised, organic meat. Knowing where your food comes from is an integral part of health and stewardship. The Heart and Trotter is a whole animal butcher shop opening in San Diego, California.

This shop will purchase only local, sustainably raised, antibiotic and hormone free beef, pork, chicken and lamb from family farms within 250 miles of the city. Better yet, the skilled butchering of these animals allows for very little waste.

The mission of the butchery is to create the first, all-local , whole animal shop in San Diego. They will operate both a physical butcher shop as well as a CSA program which will make the highest quality sustainable meats available to city dwellers and beyond. While doing these things, the owners say they wish to educate the public about the importance of sustainable meat raising and butchering and community-based agriculture.

It is hoped that this movement in San Diego will light a spark that will travel rapidly throughout the entire nation, offering up options where there seem to be none.

Well-managed, animals raised on pasture instead of in factory farms offer a net benefit to the environment. A diet of grazed grass does not require as much fossil fuel or water as compared to the grain-fed diet.

Out on the pasture the animals do their own fertilizing, creating a healthy topsoil. When the animals are rotated through various pastures, the native biodiversity is preserved while soil fertility is improved and the waste-management issues associated with animals that are confined are eliminated.

Grass-fed meat is lower in overall fat and contains three-times more omega-3 fatty acids compared to grain-fed. It is also up to four times higher in Vitamin E, contains as much as ten times more beta carotene and is much higher in CLA (conjugated linoleic acid), an important nutrient linked to reduced risk of cancer and heart disease, often lacking in the typical American diet.

Chickens that are raised in a completely free-range environment are exposed to fresh air, sunshine, plenty of space and eat what chickens are supposed to eat, must be happier. They spend the day munching on grubs, bugs, seeds and vegetable scraps while their factory-raised cousins suffer in confined spaces with little or no access to the outdoors.

Experts at Penn State University tell us that pasture-raised chickens are better nutritionally than chickens raised in cages. Chickens are foragers by nature and when they are allowed to forage for their food they become healthier for themselves and for us.

Factory chickens are fed unhealthy concoctions, often containing genetically modified ingredients, that are not beneficial to chicken health but make big fancy birds that seem to sell well. By comparison, free-range chickens are much smaller than their factory-raised cousins. However, don’t let size fool you, they pack a powerful nutritional punch and are free from unhealthy chemicals.

The Heart and Trotter is on KickStarter, in the development phase, and needs support to see their plan materialize.

If you feel strongly about the sustainable movement, supporting The Heart and Trotter is a great way to demonstrate your belief in a better way. With a donation of $25 or more they will send you premium, grass-fed meat to your door step to sample the amazing work they are doing. Support the Grass-fed Movement Today and get your sample of premium, grass-fed meats!

With anything, the industrial farming of animals will only continue as long as a demand exists. Once people understand the value of raising animals in a humane and responsible manner, demand will decrease for industrial farmed animals and factory farmers will have no choice but to alter the way they do business.

Remember, there is power in numbers, if enough of us speak, the business community will listen.