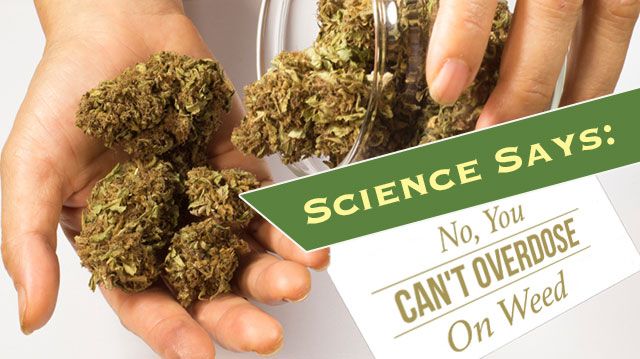 I had someone ask me the other day why I support the use of medicinal marijuana. “We could have kids and innocent people overdosing, and that alone makes it unworthy of any support,” she said. That was sort of the Cliff Notes version of a very long and drawn out conversation I had with a very well-meaning, yet totally uneducated person regarding medicinal marijuana. This person could not understand why parents would administer something to their children without clear dosage guidelines, and when an overdose could cause them to die.

Marijuana has never been linked to an overdose death

While we commonly associate an overdose with drugs, pharmaceutical or otherwise, it is possible to overdose on some seemingly harmless, even healthy food items such as potatoes, oranges, licorice and even water. Yes, too much of even a good thing can cause some serious reactions in the human body.

One reason that you can’t actually overdose on cannabis is because of the fact that the body actually produces its own “endogenous” cannabinoids — chemicals that are otherwise unique to the cannabis plant.

Whether we make them ourselves, or take them into our body in some other fashion, cannabinoids fit perfectly into a group of very special receptors throughout our body. The greatest number of these receptors can be found in these areas:

Interestingly enough, these same receptors are also found in every animal species, all the way down to the sponge.

According to Martin Lee, author of Smoke Signals: A Social History of Marijuana:

“Cannabinoid receptors are more abundant in the brain than any other type of neurotransmitter receptor and function as subtle sensing devices, tiny vibrating scanners perpetually primed to pick up biochemical cues that flow through fluids surrounding each cell… When tickled by THC or its endogenous cousins, these receptors trigger a cascade of biochemical changes on a cellular level that puts the brakes on excessive physiological activity. Endocannabinoids are the only neurotransmitters that engage in such ‘retrograde signaling,’ a form of intracellular communication that inhibits immune response, reduces inflammation, relaxes musculature, lowers blood pressure, dilates bronchial passages, and normalizes overstimulated nerves. Retrograde signaling serves as an inhibitory feedback mechanism that tells other neurotransmitters to ‘cool it’ when they are firing too fast.”

Dr. Dustin Sulak, a leading practitioner in naturopathic medicine said this during a lecture at the 2010 National Organization for the Reform of Marijuana Laws (NORML) conference:

“The endogenous cannabinoid system, named after the plant that led to its discovery, is perhaps the most important physiologic system involved in establishing and maintaining human health. In each tissue, the cannabinoid system performs different tasks… But the goal is always the same: homeostasis, the maintenance of a stable internal environment despite fluctuations in the external environment.”

In essence, the endocannabinoid functions like a central processing center that keeps many important systems in balance.

Molecule in the brain limits impacts of too much cannabis

“When the brain is stimulated by high doses of THC, it produces pregnenolone – a 3,000 percent increase – that inhibits the effects of THC.”

When the THC binds with receptors, as explained above, there is a release of pregnenolone, which weakens the THC’s action on the receptors — this creates a negative feedback loop that could prevent users from getting too high.

Although the study was originally conducted to look at ways to manage cannabis “addiction,” this new information adds valuable insight into the fact that an overdose is not possible.

Mitch Earleywine, a professor of psychology at the University of Albany, SUNY, states that there are very low rates of cannabis addiction and a drug for abuse may not even be necessary.

“Although the authors pitch this as a novel way to treat cannabis abuse, it’s actually a superb – if partial – explanation for why cannabis appears to have no potential lethal dose and why its capacity for creating addiction is more like caffeine’s than that of any illicit drug.”

But… haven’t people died from cannabis?

I would be remiss not to mention that there have been “reports” of people dying as a result (supposedly) of cannabis. A year ago, the Huffington Post reported on claims that some doctors were blaming the deaths of three people on marijuana despite the fact that millions of people around the world regularly use this drug, which is known for its low toxicity.

The doctors noted that in very rare circumstances marijuana can cause death. However, the larger scientific community is divided as to whether or not there is enough evidence to implicate cannabis in these cases.

Many have said the fact that one of the persons who died had an underlying heart condition increased their risk of cardiac arrest. Another of the three who died had a history of heavy drinking, as well as cocaine and amphetamine use. The third person had suffered from severe depression. All of these factors can increase the risk of cardiac arrest, so it may be that cannabis triggered an underlying heart condition in all three.

British neuropsychopharmacologist David Nutt explained, “People with vulnerable hearts should be informed of this risk.” On his blog Drug Science, Nutt also said that it could be an overreaction to paint cannabis as a killer.

“It is quite plausible that the additional small stress caused by that cannabis joint triggered a one-in-a-million cardiac event, just as has been more frequently recorded from sport, sex, saunas and even straining on the toilet.”

What is the truth?

Whether or not these very tragic deaths were caused by cannabis is debatable. However, science has revealed many facts about the safety of cannabis use when compared to other substances. Here are just a few of those truths:

While medical marijuana is typically better quality than the marijuana sold on the streets, there are still no guarantees that it is not laden with chemicals, toxins and other impurities. Those farming marijuana can add commercial-grade synthetic insecticides (like Diazinon), fertilizers and phosphates to the crops.

If these chemicals are not used exactly as indicated, the results can be toxic. There is also the risk for toxic mold and other impurities contaminating a marijuana crop, which could in turn cause damaging health effects in those who use the marijuana. 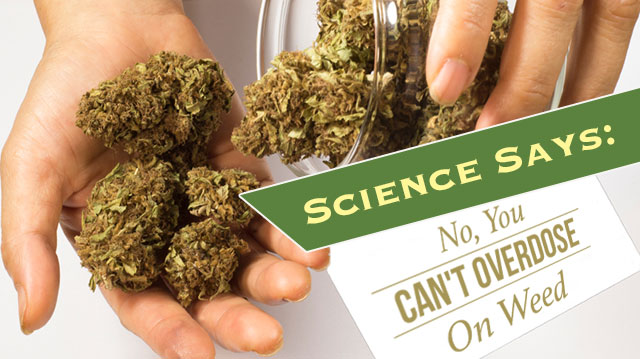 In Los Angeles, scientists collected samples of medical marijuana to test them for chemicals. Some samples contained 1,600 times what is considered the legal digestible amount for pesticide residues. Many of these residues came from products that should not have been used to grow marijuana at all.

Individuals who are prescribed medicinal marijuana already have health issues, and therefore are oftentimes more vulnerable to the pesticides. This is especially true for people who suffer from liver disease.

Marijuana is just like any other crop when it comes to the dangers of non-organic farming methods. A crop can be coated in substances that have the potential to make people sick — or sicker if they already have a health condition.

There is now, however, an inspection service known as Clean Green, which sets out to certify marijuana as organic. The goal of this service is to ensure that all marijuana is farmed both ethically and safely. If you are in the market for medicinal marijuana, be sure to look for Clean Green’s stamp of approval!

I would like to stress that just because it appears to be impossible to take a fatal dose of marijuana, it is not an excuse to be irresponsible. If you or a loved one suffers from a condition that may be helped by the use of medical cannabis, I urge you to consult a qualified practitioner and use your prescribed cannabis only as recommended by your practitioner.